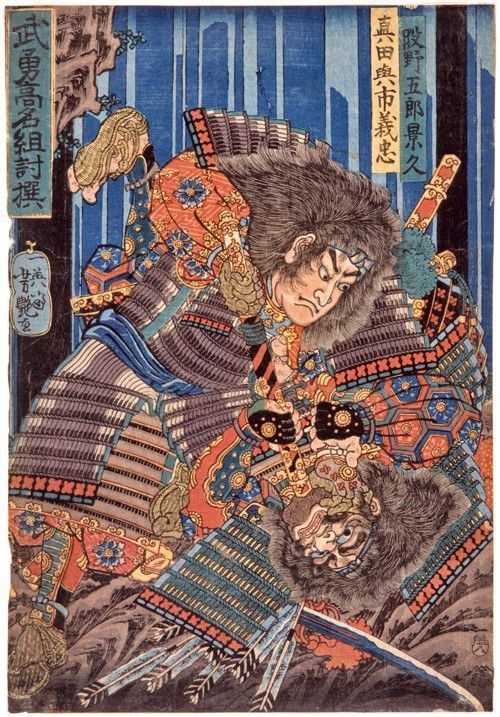 This woodblock print was made in Japan in the mid-19th Century. It is an example of the ukiyo-e print style, which was very important in Japanese culture and had a major impact on the development of Western art and design.

Composition:
This fight scene is an episode from a Japanese legend. Two warriors are locked in a violent struggle, one has thrown the other off his feet. Their faces are close together, one grimly determined, the other anguished.
We are thrust into the centre of this conflict by dramatic diagonal lines, which radiate like the spokes of a wheel. This asymmetrical composition knocks us off balance, and gives movement and urgency to the picture. The contrasting colours of blues, warm browns and coral add to the energy of the composition.
Colour and texture:
The warriors wear traditional Japanese armour made from metal or leather plates laced together in overlapping rows – this creates a vibrant pattern of parallel lines which leads our eye round the image and into the centre. 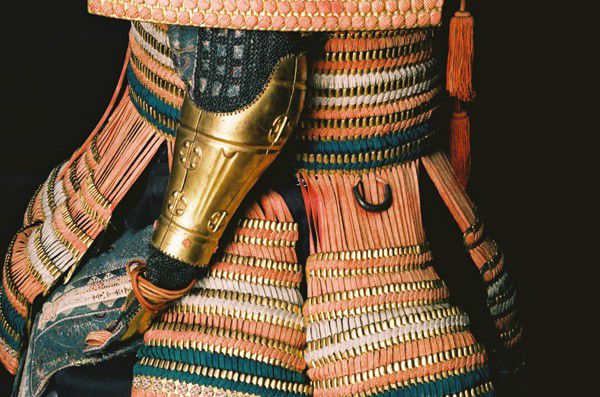 In the legend that inspired this picture, the warriors are Matano Goro Kagehisa and Sanada no Yoichi Yoshitada, two enemies who fought on opposing sides during the Gempei War, a Japanese medieval civil war fought from 1180-85. 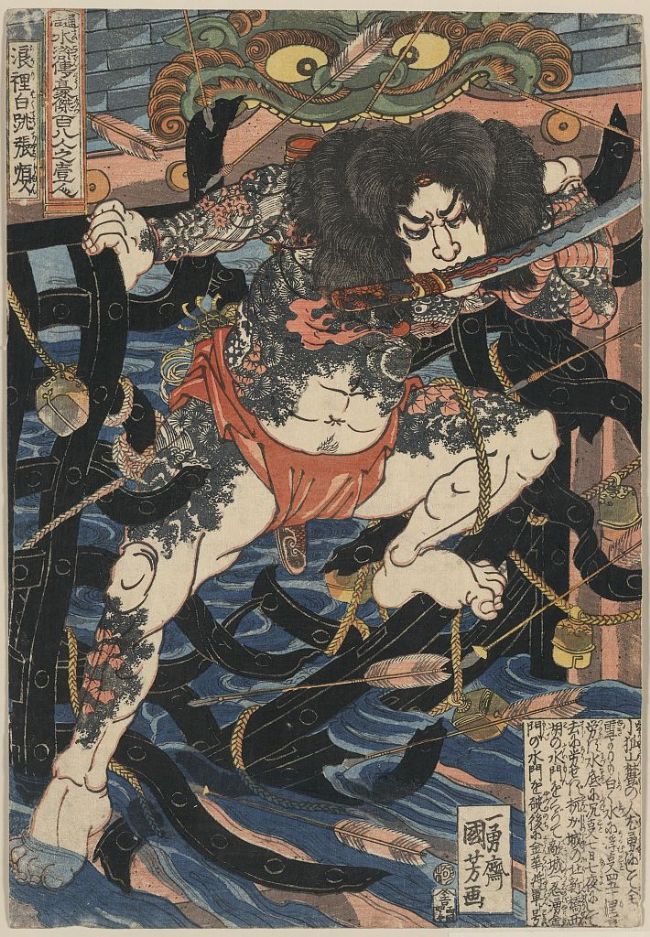 Japanese Woodblock Print of a Warrior

The two warriors served warring clans. Kagehisa worked for the Taira clan, while Yoshitada served the Minamoto, who were eventually victorious and went on to form the first warrior government in the country (the Shogunate). Here, Yoshitada, on the left, is shown in the stronger position, trying to cut off Kagehisa's head with his short sword.

Prints depicting heroes from history or legend, are called Musha-e, meaning 'warrior pictures'. In the 1850s and 1860s Musha-e were very popular. This period was a troubled time in Japan when a series of minor civil wars led finally in 1868 to the defeat of the Shogun and the restoration of the monarchy. There was also widespread unease over the arrival of Western powers in Japan after 200 years of isolation. The ideal of the warrior hero assumed symbolic importance in Japanese art at this time.

Asymmetrical - when something is not balanced

Depicted - shown or presented in artwork

Symbolic - when something has a special meaning