For around one thousand years, until the late 19th Century, Japanese history was marked by civil wars and power struggles. Alliances shifted between the Emperor, the Shogun (or supreme military commander) and the daimyo who were powerful landholders. Much of the fighting was carried out by the warrior class, or samurai.

In the 12th Century two military clans, the Minamoto and Taira, had grown so powerful that they seized control over the country and fought wars for supremacy against each other, called the Gempei Wars. In 1185, the Minamoto defeated the Taira, and established a new military government. As Shogun, their leader Minamoto Yoritomo became the ruler of Japan. In our woodblock print, the artist Yoshitsuya depicts one of the fights that took place during the Gempei Wars.

In this society where power was maintained by military strength, the samurai were highly respected. They were supposed to lead their lives according to the ethical code of bushido ('the way of the warrior'). which stressed concepts such as loyalty to one's master, self discipline and respectful behaviour.

Samurai used a range of weapons such as bows and arrows, spears and guns; but their most famous weapon, and their symbol, was the sword. They also wore armour. Despite many subtle variations in material, technique and decoration, Japanese armour hardly changed over the centuries. It was constructed of metal or leather plates, called lames, laced together in overlapping rows. The lames were interwoven with rows of textile cord or brocade, often silk. 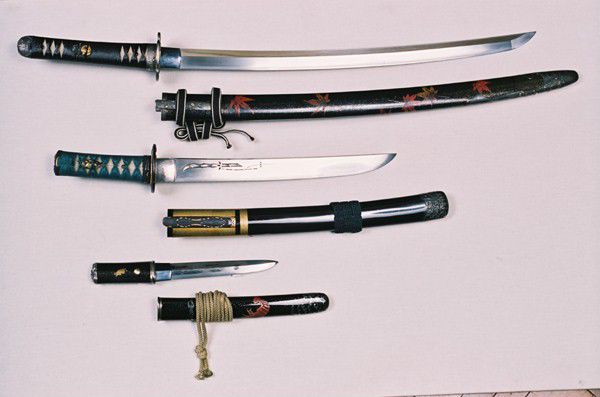 Armour was made of many pieces, each with its own particular name, covering most parts of the body. For instance the plates protecting the torso were called the do. The thigh protectors were the haidate. A helmet or kabuto protected the head. This often had horns or blades at the front and a plated neck guard called a shikoro at the back. 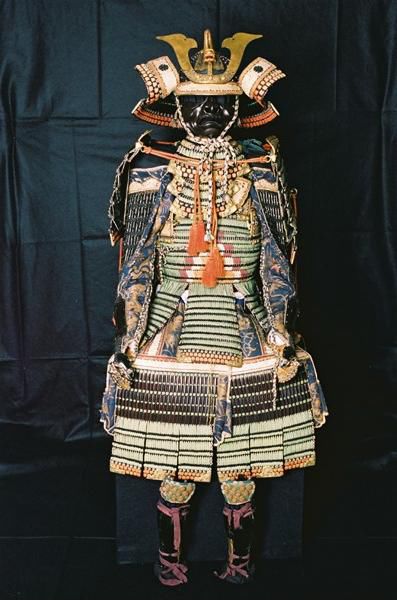 The face was protected by a mask called a mempo, which was moulded to represent angry facial features. You can imagine that the effect of the decorated armour, horned helmet and frightening face plate was terrifying to the enemy. 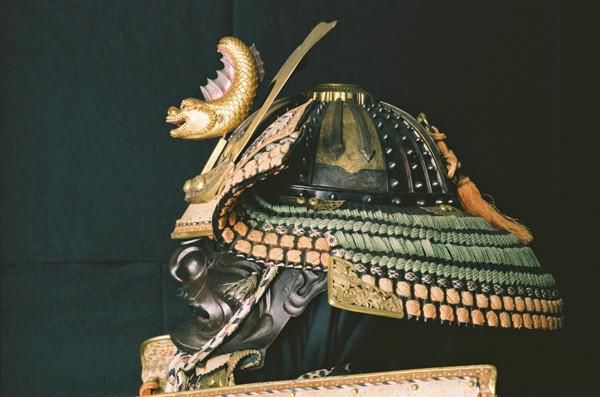 Japan was governed by Shoguns until 1868, when the monarchy was re-established and Samurai lost their positions of power. Japan emerged from a long period of isolation and began to openly embrace Western culture and technology.