Museums across Britain contain artefacts—artworks, sculptures, ceramics, tools, clothing, armour, documents and so on—that are from all over the world and have been brought back to Britain. Many of these historic objects are rooted in Britain’s colonial past.

Wealthy people would pay explorers to bring back items from their travels. Often the wealth that funded these explorations came from the exploitation of people and resources within the British Empire. Some rich families made their fortunes from investing in the slave trade and / or exploiting the raw materials of colonized countries through unfair trade. Unlike the mainstream tourist souvenir shops of today, some of these artefacts were acquired by unethical means. Some were knowingly purchased as stolen goods (e.g. some Egyptian artefacts were bought from grave robbers), some were acquired by using force and others were stolen by colonial personnel without asking permission. Artefacts that were taken included some that were sacred to the people to whom they belonged, and sometimes this included human remains.

Brought back to Britain, many of these artefacts were acquired by museums, where they were catalogued, described, exhibited and interpreted by museum staff, who were, like the explorers, almost exclusively white men (at least until the 1800s when some female explorers and the wives of colonial officials also collected artefacts). Their knowledge of the beliefs and culture of the people the object belonged to, like the original collector, may have been little or even non-existent.  Over time, our understanding of other peoples, their cultures and customs, has improved, and this has in some cases, resulted in more nuanced interpretation of the artefacts themselves, and the people who created and used them. However, the fact remains that many of these objects were often not willingly given by the people they belonged to, their stories are still ignored, either deliberately or inadvertently, or are simply unknown and unrecorded.

In recent years there has been an increasing amount of discussion and debate in the museum sector, surrounding the idea of ‘decolonisation’. For example, some movements have focused on more accurately representing the multiple histories of their collections, and to portray a wider set of perspectives than just those of the colonizers (almost exclusively white men), which has been the norm. Other museums have committed to returning artefacts to their country of origin that have been identified as being stolen during the colonial era, such as Manchester Museum in the UK, and The Netherlands’ National Museum of World Cultures (NMWC).

“This is excellent news and demonstrates that The University of Manchester, and our cultural assets like Manchester Museum, are committed to social responsibility, not just at local or region level, but on an international scale.

“Our students will be the next generation of global citizens making changes in the world and actions such as these set a really positive example for them to emulate.”

(Professor Nalin Thakkar, Vice-President for Social Responsibility at The University of Manchester)

New acquisitions to the collection at Leeds Museums and Galleries now have to pass a rigorous collection policy, and all known information about the item, its origin, and any other contextual information is clearly documented. Curators and members of the Community Team work with people throughout the city of Leeds and overseas in a spirit of collaboration, to ensure that the museum collection continues to grow in a way that fully represents the diversity of the city’s communities and its place in the world. This was not always the case however.

Within our taxidermy collection, we hold some Victorian specimens which we know were shipped directly as ‘souvenirs’ from a colonial-era hunting expeditions, which were very popular at the time. However, in many cases we lack the information about who funded the exploration and what the terms of the collecting of the specimens were. A trophy mount of an Oryx head is a good example. Unfortunately, we don’t have much specific information about it. 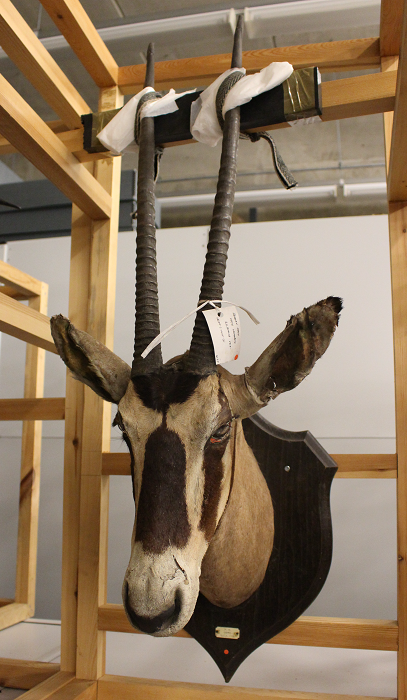 Our database tells us it was collected in 1910 from ‘British East Africa’.  Although this information isn’t much to go on, if we use it thoughtfully, it can tell us a lot. We know, for instance, that the Oryx was taken from a part of Africa under British colonial rule. This enabled white people from Britain to undertake hunting trips in Africa, and to hire dozens, sometimes hundreds of black people as ‘porters’ and other staff to assist them. Native African people were paid very low wages, or were paid in meagre daily food rations, and required to carry huge weights, work long hours, often in dangerous conditions. While white British people would have had the luxuries of mosquito nets and tents, black Africans were often left to sleep in the open, exposed to diseases, cold and damp.

Leeds’ World Cultures collection contains many objects which were collected as curiosities and souvenirs of places, people and events, particularly during the Victorian era. These were often situations of unequal power relations between the British and people in other countries.

One such object is a large wooden drinking cup belonging to a chief called Sekukuni who ruled in southern Africa. 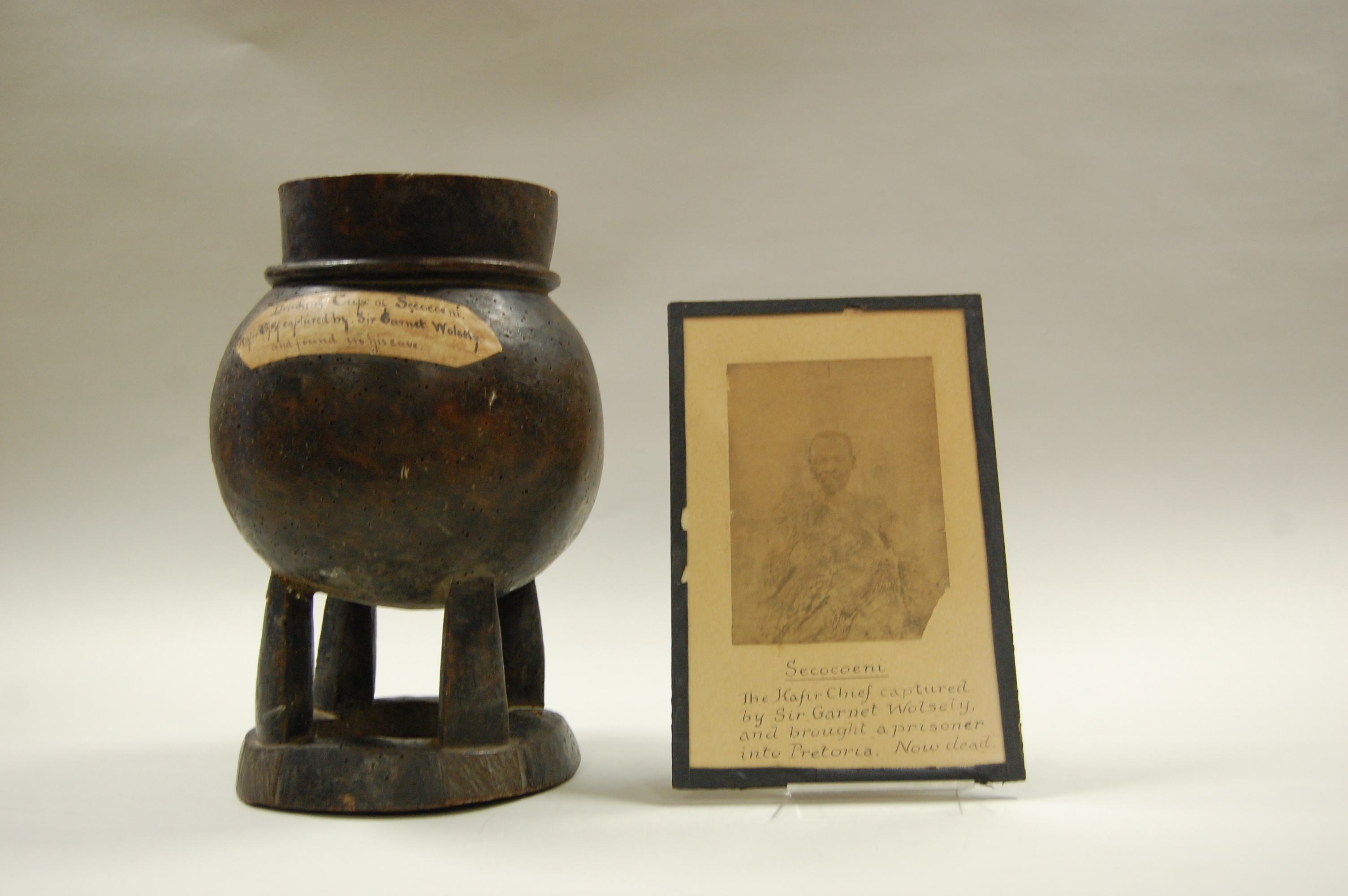 The presence of the Boers (who were of Dutch origin) and the British in the region at the end of the 1800s led to numerous conflicts, mainly over ownership of land and access to resources. In 1881 Sekukuni was captured by Sir Garnet Wolsey and was photographed shortly after. Wolsely presented the cup and photograph to a local museum after his retirement to Dorset, England (The Red House Museum at Christchurch), and Leeds acquired the two items as a transfer in 2009.

The archaeology collection is mainly made up of artefacts from the UK, but it also includes thousands of objects from overseas, including Egypt. The British colonised Egypt between 1882 and 1956, and this was when most of the ancient Egyptian objects in the Leeds collection were brought here. 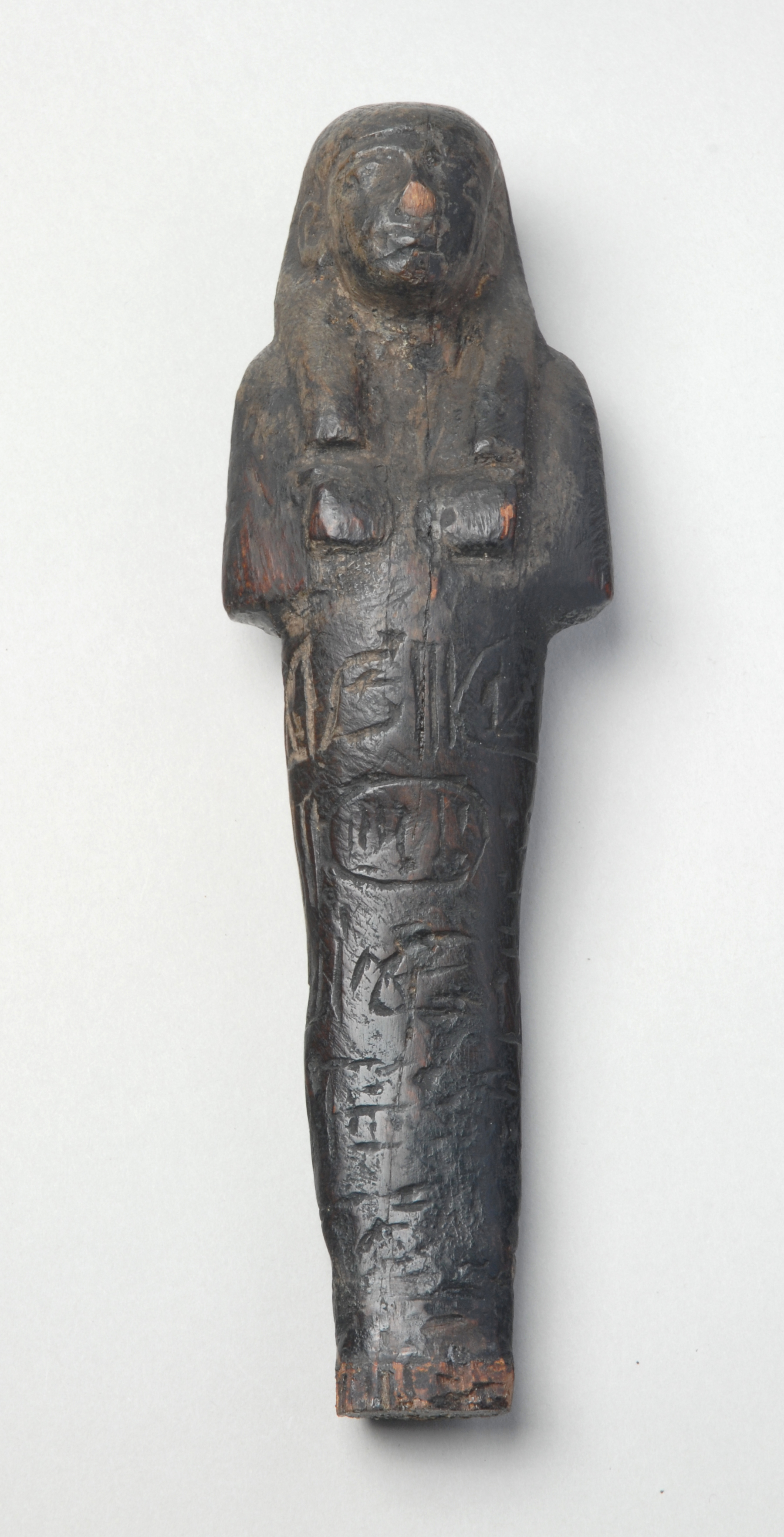 An example of an ancient Egyptian object is this figurine, called a shabti, which comes from the tomb of an Egyptian pharaoh called Seti I. We know from the handwriting on the shabti’s wooden base that it was given by Amelia Edwards to Aquila Dodgson in 1887.  Amelia Edwards was a British writer and traveller who co-founded the Egypt Exploration Fund (now the Egypt Exploration Society) to protect monuments and heritage in Egypt.

But the presence of the British, and earlier the French, in Egypt contributed to the Egyptian people being suppressed because of the unequal power relations in society. And although Europeans collected objects in a range of different ways, they ultimately removed thousands of artefacts to go into their museum collections. This particular shabti was given as a gift to Aquila Dodgson, a man with a keen interest in Egypt who helped to set up the Leeds Philosophical and Literary Society. Amelia Edwards and others continued to find Egyptian objects for Aquila to add to his private collection, which eventually passed to Leeds Museums and Galleries.

It may be surprising to see a Medieval monastery as a case study, but the money made as a result of colonialism was used to bring prosperity to cities in the UK. 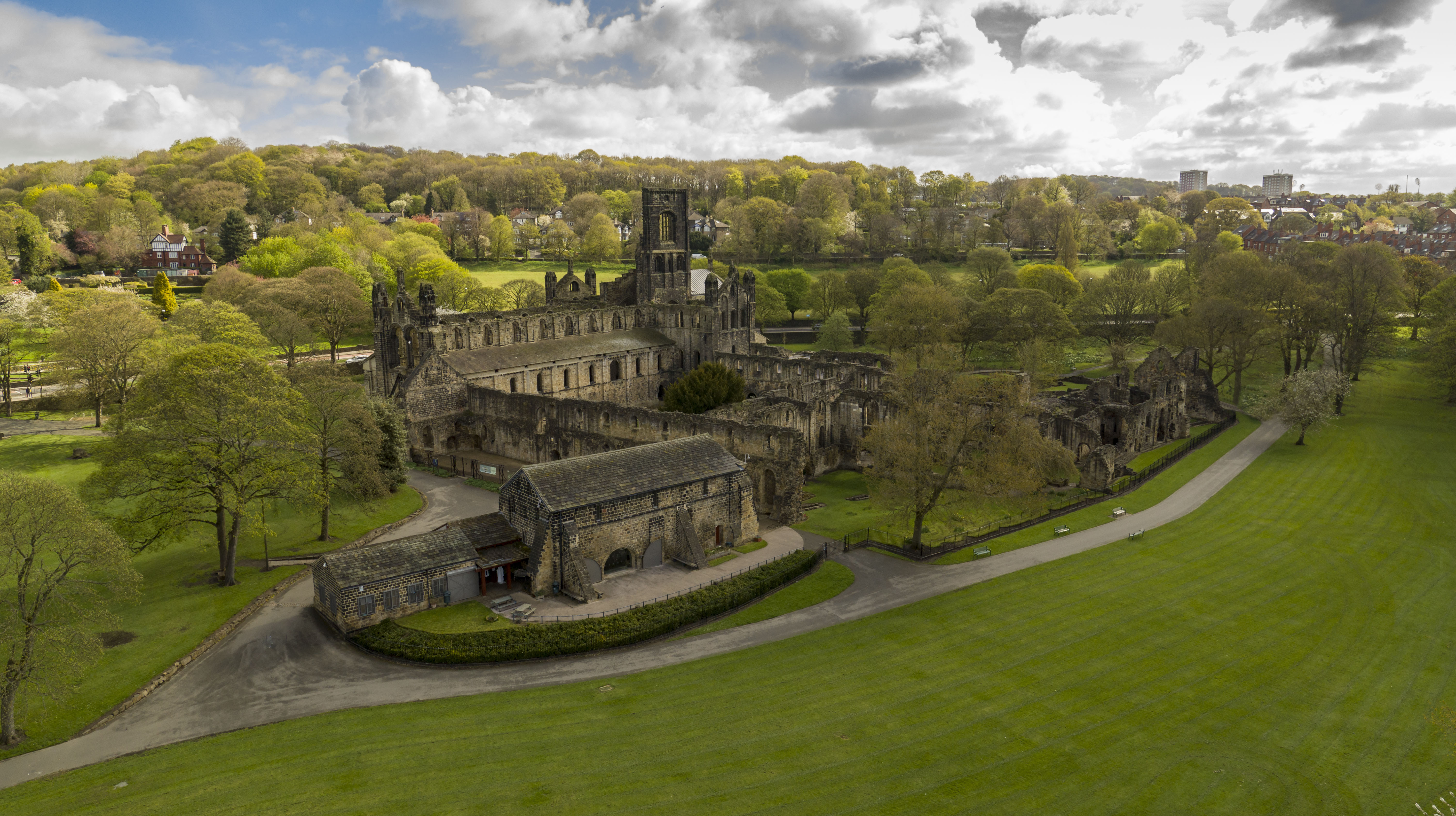 Kirkstall Abbey was built in 1152 and for nearly 400 years was inhabited by Cistercian monks. Today it is a popular Leeds visitor attraction with many of the buildings still standing to their original height after nearly 900 years. The fact that Kirkstall Abbey is still standing at all is because of one man, Colonel John T. North. When he heard in 1888 that Kirkstall Abbey was being auctioned and at risk of being knocked down, Colonel North bought the building and grounds for £10,000 (a lot of money back then), and gifted it to the people of Leeds. Colonel North also made generous donations to the Infirmary and the Yorkshire College (later University of Leeds). But where did he get his money from? 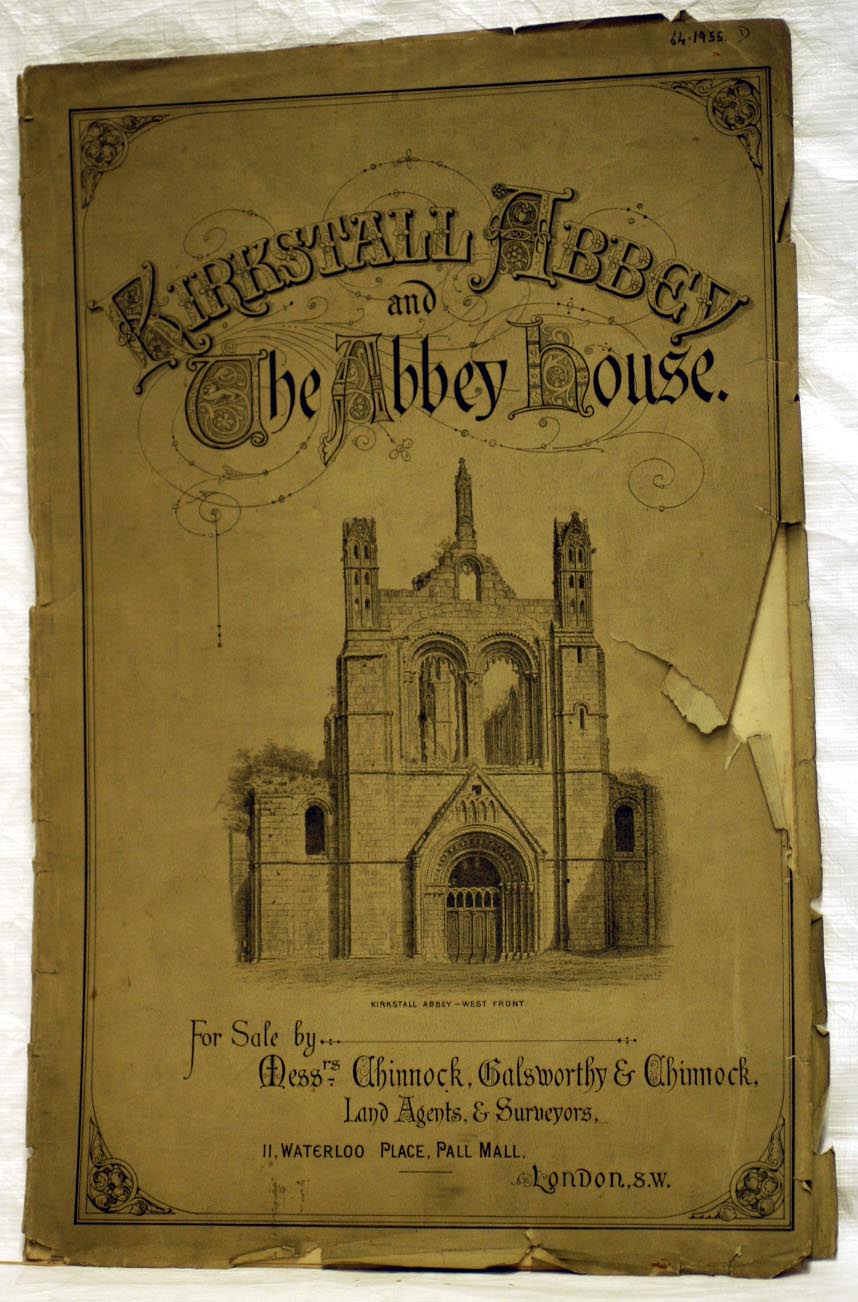 Colonel North worked in Chile and made a fortune from the processing of nitrates for fertilizer, and profited greatly from the war between Peru and Chile (1879 – 1883). Later he invested in the Anglo-Belgian India Rubber Company which extracted rubber from the Congo Free State (now the Democratic Republic of the Congo), which was at the time under Belgian colonial rule. This rubber company became known for its terrible treatment of local people, forcing them to extract rubber as a tax, and punishing them with prison or beatings if they did not.

Although Colonel North generously saved Kirkstall Abbey for the city of Leeds, he was able to do so only because he profited from the exploitation of people and resources in other parts of the world.