During the early 20th Century, a great deal of Britain's food was imported from overseas. In the First World War, British merchant ships carrying vital food supplies were attacked by German submarines. This caused shortages in Britain and food prices rose. At the same time, many factories changed their function to produce munitions and army supplies, rather than civilian goods.

To make sure that everyone received a fair amount and not only the rich were able to eat, the Government introduced the rationing of certain foods, such as butter, meat, sugar, and flour in 1918.

When the Second World War broke out in September 1939, the British Government knew that rationing would be a sensible measure. From 8 January 1940, people were given a ration book filled with coupons. They had to register with local shops from which they would buy certain goods each week.

Some typical weekly rations for one person were:

A few groups of people were given extra food. Pregnant women, new mothers and children under five all received fruit, extra meat and a pint of milk every day. However, if someone used up their weekly amount too soon, then they could not get any more. 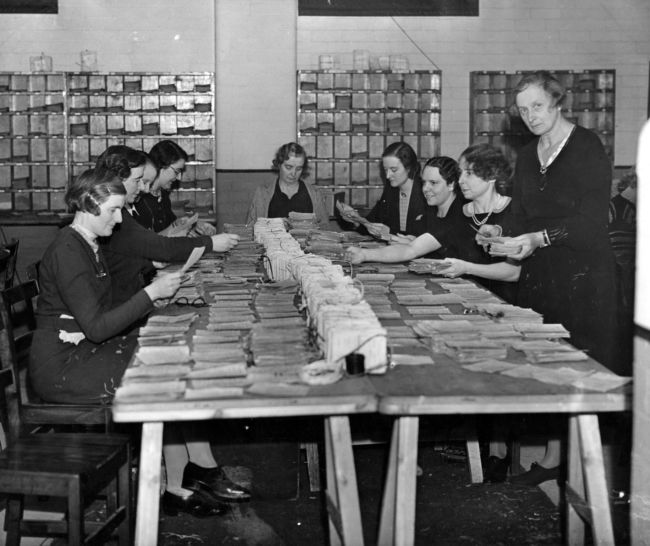 The ban on cake

The Government had to take some very strict measures. In 1940, there was a complete ban on the making and selling of iced cakes and crystallised fruit.

No-one could have a traditional wedding or Christmas cake. As eggs and butter became increasingly scarce, it became the norm for people to have cardboard cakes instead!

Make do and mend

Far more than just food was rationed. People were encouraged to use their cars less often to save petrol and clothes rationing was introduced in July 1941. 'Utility clothing' made from the cheapest materials, was the new order of the day. 'Make do and mend' was the housewife’s new slogan.

Imported - Brought into the country from overseas

Scarce - When there is not enough of something

Slogan - A phrase used to advertise or promote something

Utility - Something that is useful and meant to be practical