Leeds suffered several serious bombing raids during the course of the Second World War. A lot of local people were affected when their homes were damaged. The house pictured below was bombed in April 1941, and the blast completely destroyed one side of it. 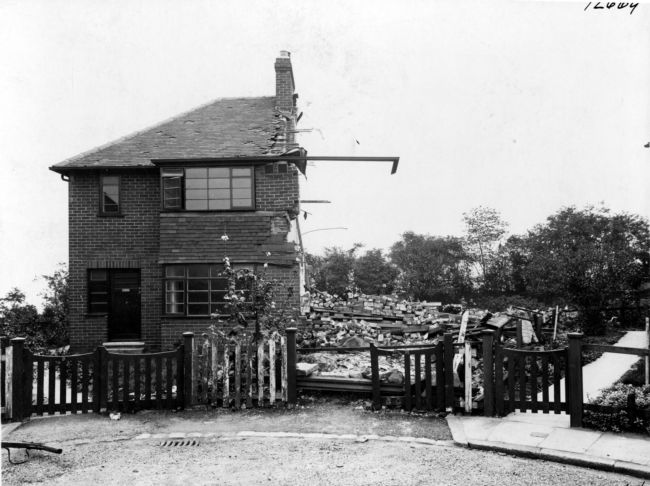 Those made homeless by the bombs were temporarily housed in nearby community centres, such as church halls or stayed with friends or relatives. In many cases their houses were only slightly damaged and could be repaired.

The worst air raid on the city was on 15 March 1941. Nicknamed the 'Quarter Blitz', it severely damaged the city's town hall and many other sites. Due to censorship laws limiting the details they could report, the newspapers could not give the full story.

All the Yorkshire Evening Post could report was that 'A North East inland town' had been bombed and the fire brigade and the Auxiliary Fire Service (fire service made up of volunteers) had brought the fires under control in remarkably short time. The Yorkshire Evening Post also described Leeds citizens as laughing and smiling throughout their ordeal.

The citizens of Leeds took action to protect themselves against air raids. People built shelters in their back gardens. Using a design called the 'Anderson Shelter', people dug one metre into the ground and then used panels of corrugated metal to form a shelter. Soil was added over the top. 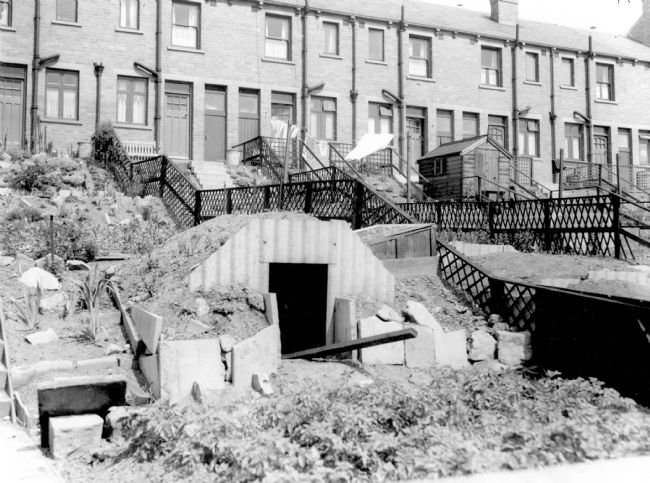 The Anderson shelters were very small - just 1.4m wide, 2m long and 1.8m tall. Ready for an air raid, people would put some food, bedding and clothing in their shelters, as well as a bucket in the corner for a make-shift toilet facilities.

The photograph below shows Mr and Mrs Horace Fawcett posing in their cosy air raid shelter in Cardigan Avenue, Burley. This shelter was a strengthened coal cellar, and the Fawcetts went to great pains to make it comfortable - neatly papering the walls, setting up electric lighting and a heater, adding chairs and a table, pictures on the wall, and a cot for their baby. 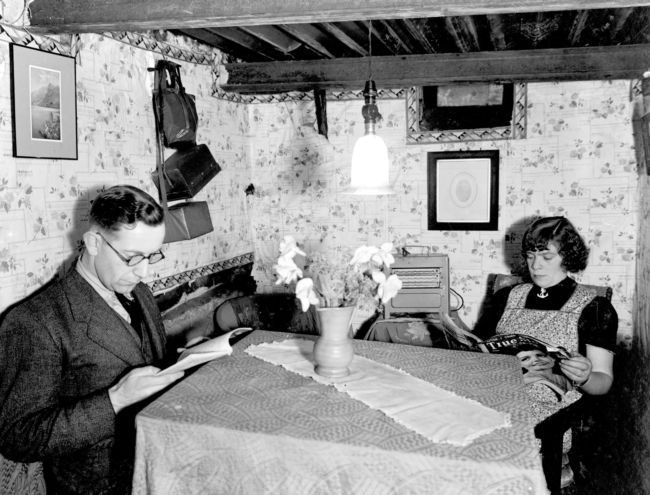 Two people sitting at a table in an Air Raid Shelter

At the time, the Leeds ARP (Air Raid Precautions) were getting many complaints from people about the lack of amenities in their shelters, and the Fawcetts were held up as an example of ingenuity. When members of the ARP came to inspect this shelter, they found the  'It is a grand piece of work' said Councillor HW Sellars, ARP chairman.

There were also public shelters around Leeds, for people who were out and about during an air raid. City Square, for instance, was full of large public shelters. These were all pulled down as soon as the war was over.

Amenities - facilities that make a place comfortable to live in

Corrugated - material with ridges in it

Ingenuity - cleverness, making the most of your resources