The Second World War had a major impact on the lives of young people across the United Kingdom.

Many children were sent to other parts of the country thought to be at lower risk from bombing.

Even before the war broke out, the British Government had planned for the large scale evacuation of children. Straight away after the outbreak of war during the first few days of September 1939, around 3 million children were sent to the countryside, usually with their schools or, if they were very young, perhaps with their mothers. At their destination, members of the Women's Voluntary Service made sure that each child found foster parents to stay with.

Leeds children were, on the whole, evacuated to smaller towns and villages in more rural parts of Yorkshire, such as Northallerton, Leyburn and Masham. Others found themselves in the Nottinghamshire countryside, such as the girls from Allerton High School, who ended up in Retford.

The final destinations of the schoolchildren had to be kept secret right up until the last minute, so the children only discovered where they were going when they boarded the trains. Once they arrived, they or their foster parents would send their parents a postcard with their new address.

The experience of being evacuated was often a very frightening one, especially for smaller children. Some lived with their foster parents for the rest of the war, while others returned home to their parents or were evacuated more than once.

People tried to ensure that children were protected from the war, not only by sending them away from danger, but also by distracting them with events. In Leeds, an annual show was staged at the Grand Theatre, called 'Youth Marches On'. The photo below shows a scene from the 1943 production, showing the Leeds Messenger boys. 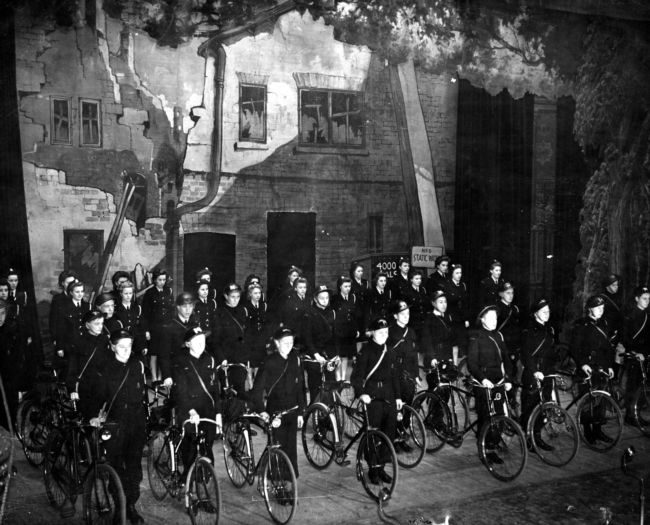 The show was funded and promoted by the Yorkshire Evening News, and the paper described it as 'A great cavalcade...portraying the spirit of our youth today'. It played to packed audiences every night. The Leeds Messengers were young people who were employed during the war, moving between first aid and air warden posts.

Another event, also organised by the Yorkshire Evening News, was Youth Week, which took place in Roundhay Park in 1942. The  photograph below shows some dancers performing in the arena, with many spectators watching from Hill 60 in the background. 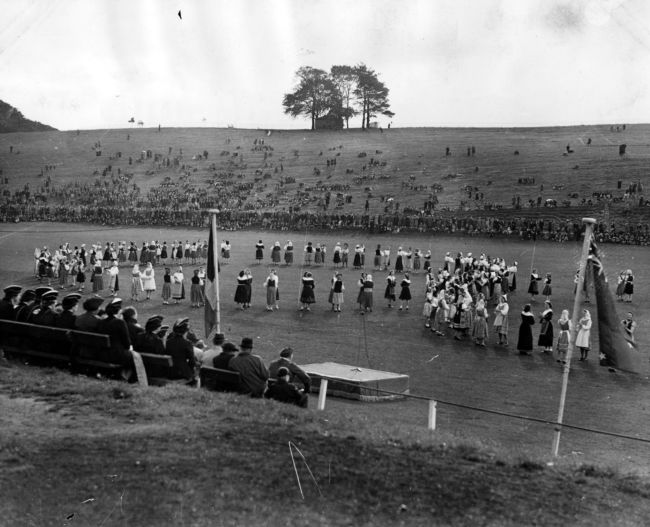 A gathering of young people for Youth Week

Other events included a massed rally of 5,000 young people who belonged to the city’s youth organisations. On the last day, the event ended with a tableau depicting Leeds youth in industry and a grand finale. Efforts were made to keep life normal, and to look to the future as much as possible.

Destination - The place someone is going to

Promoted - To support or encourage something

Rally - A large meeting intended to make people believe in something

Spectators - People in the crowd watching something

Women's Voluntary Service - A women's voluntary group in WW2 who undertook lots of varied work on the Home Front, looking after refugees, evacuees, people bombed out of their homes