The Second World War finally came to an end on 7 May 1945, when the Germans surrendered unconditionally to the Allied Forces. This day became known as 'Victory in Europe', or VE Day. However, there was still fighting going on in the Far East until 15 August, when Japan surrendered and the war finally ended completely. This day was called 'Victory in Japan', or VJ Day.

Both events were celebrated with enormous enthusiasm and great joy all over the country, and the people of Leeds were keen to mark the occasion.

The photograph below shows a group of soldiers and civilians on Briggate, in Leeds city centre. They are holding an effigy (model) of Adolf Hitler with a noose behind him. The soldiers are carrying bottles of beer, and are obviously in a jolly mood. 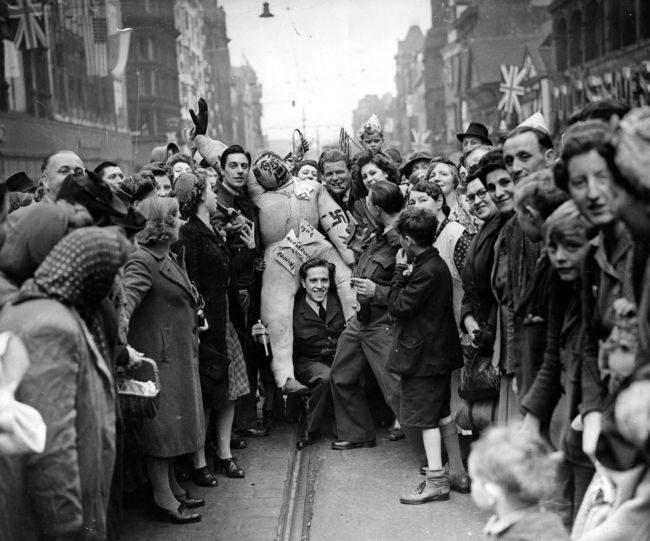 A Victory Parade was held in Leeds on 13 May 1945, and some of the crowds managed to find themselves vantage points on the Town Hall steps, and on top of the lions, as you can see in the photo below.  The weather was awful, with rain pouring from the heavens, but this did not dampen the exuberant spirits of the people, who also took to dancing in the streets. 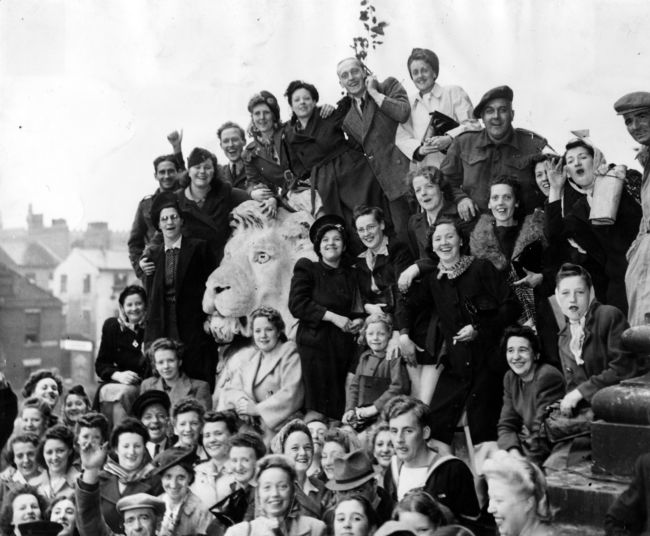 A crowd of people sitting on statues

The end of the war was also celebrated all over the country by communal street parties, such as the one seen in the photo below, in Beaufort Place, off Roundhay Road. The local community would have pooled their resources to provide goodies for the party, and particular attention would have been paid to treats for the children. Note the plates of iced buns and even a trifle, all made with carefully hoarded ingredients. Trestle tables would be set up the middle of the street, traffic not being much of a problem then! 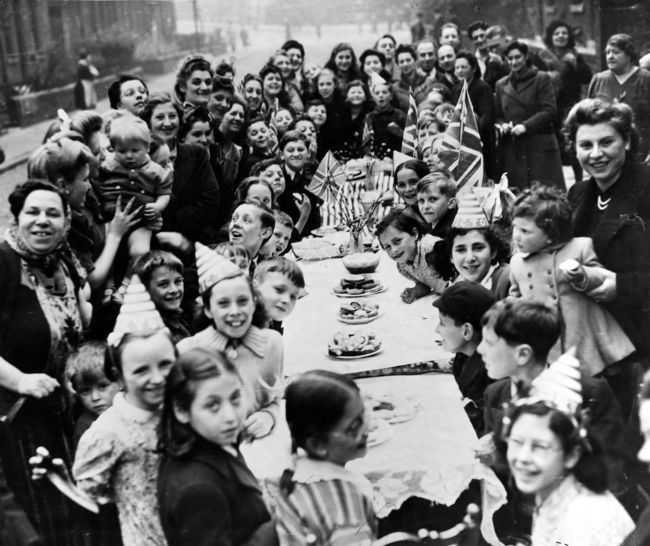 The photo below was taken at 1.30am on VJ Day, 15 August 1945. The serviceman at the front is making the 'V' for Victory sign, made popular by Winston Churchill. There are some children at the back of the crowd, plainly excited by being allowed up so late. 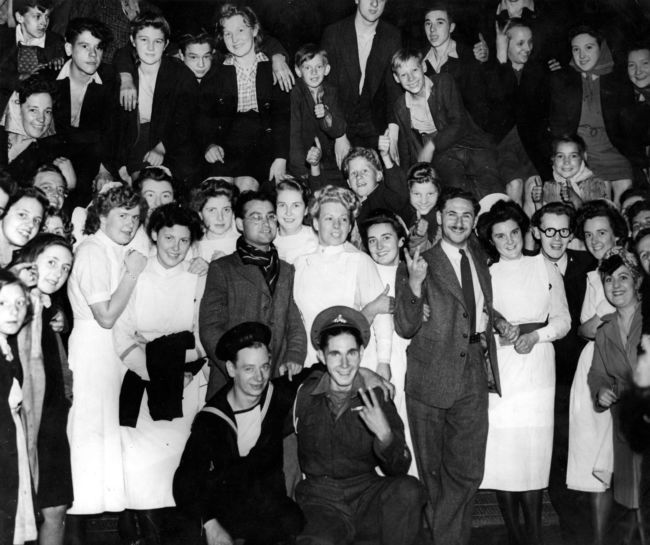 Celebrating the end of WW2 in Leeds

The war was finally over, but it would be many years before the country could return to normal.

After the war: A story of empathy and moving on