With food rationed, people on the Home Front found it difficult to cook healthy, interesting meals during the Second World War. Many people were also very busy during the war - in the services, doing factory work or volunteering - and they did not have time to make a packed lunch. To solve these problems wartime canteens were set up across the country.
British Restaurants were industrial-style canteens founded by local authorities with money loaned by the Ministry of Food. The food they served was 'off ration' (not part of your allowance), and also, importantly, cheap. Customers might enjoy a three course meal of roast beef with peas and potatoes, then a fruit pudding and cup of tea, for as little as nine pence. 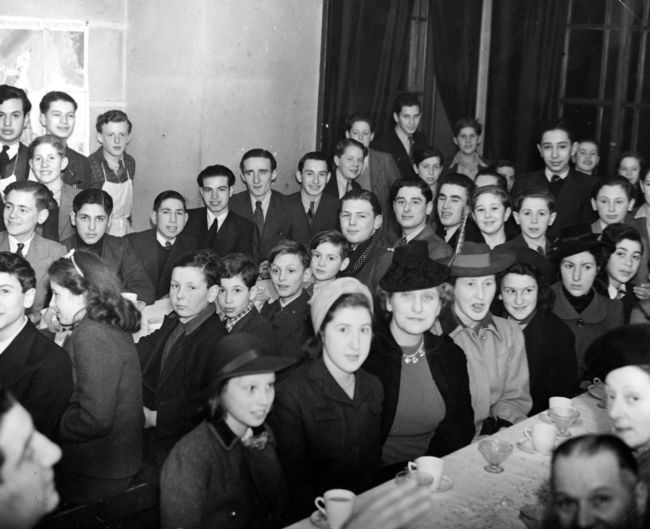 Black and white photograph showing people seated at tables in a makeshift restaurant
British Restaurants were set up in a variety of places. Schools, church halls and other locations were used, and even temporary ones built. Standards varied from restaurant to restaurant, and the good ones were much appreciated, building up a large and regular clientèle.

Clientèle - Group of people who are the usual customers of a business
Crypt - Underground room below a church
Home Front - People in their home country during a war
Industrial scale - Something done on a large scale, like a factory
Off-ration - Food, usually eaten in a restaurant or canteen that did not count as part of your rations
Volunteering - Giving up time to work for a charity or good cause
Next section