What happened to children in Leeds who broke the law in the past?
View resources Teachers notes Share View related stories
Add to board
Previous section
Children and the Law in Victorian Leeds

The Leeds Reformatory School for Boys opened in 1857, and was run by the Leeds Society for the Reformation of Juvenile Offenders. The school was in Adel, in quite a rural area. This was because the Victorians felt that cities were dangerous places, full of bad influences, and that being out in the countryside would encourage children to be well behaved and to work hard. 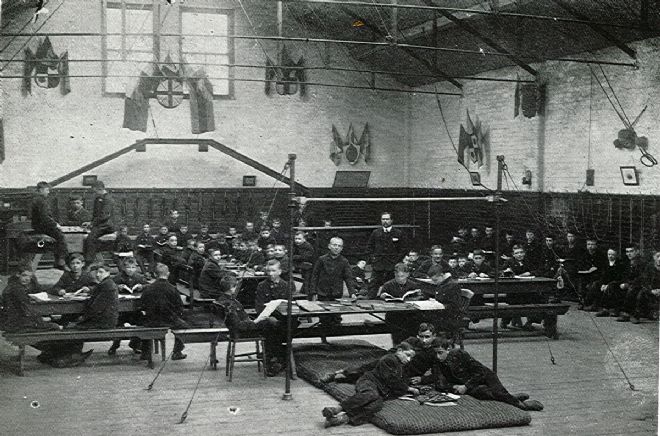 The school had a shoemaker’s shop, a joiner’s shop, a smith’s shop and a gas house, as well as a number of farmyard animals. The school also had three acres of land set aside for growing crops. The school had its own band, as well as football and gymnastics teams. The Leeds Reformatory was unusual in that it also had its own swimming pool, which was built in 1888. The Victorians thought taking part in sports taught young children good moral values. A number of boys who left the school were apprenticed on fishing boats at Grimsby, so the school also felt that knowing how to swim would come in handy! 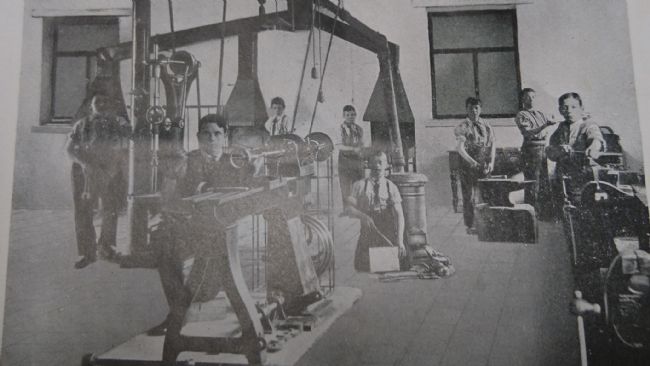 The Leeds Reformatory closed in 1933, and became the East Moor Approved School. It closed permanently in 1991, but the original buildings (now listed by English Heritage) still stand.

Approved School – A type of residential school for young offenders, created in 1933 with the passing of the Approved Schools Act.

Juvenile Offenders – Children or young persons who have committed a crime.