What happened to children in Leeds who broke the law in the past?
View resources Teachers notes Share View related stories
Add to board
Previous section
Leeds Reformatory School for Boys

Below is the admissions record of Albert Taylor. He was admitted to the Leeds Reformatory School for Boys on 8 April 1910, after being convicted for begging in Middlesbrough. Albert was fifteen years old, had dark hair, blue eyes and a ‘proportionate’ figure. Albert had been convicted for begging twice before, and was committed to the Reformatory for four years, until he was nineteen years old. 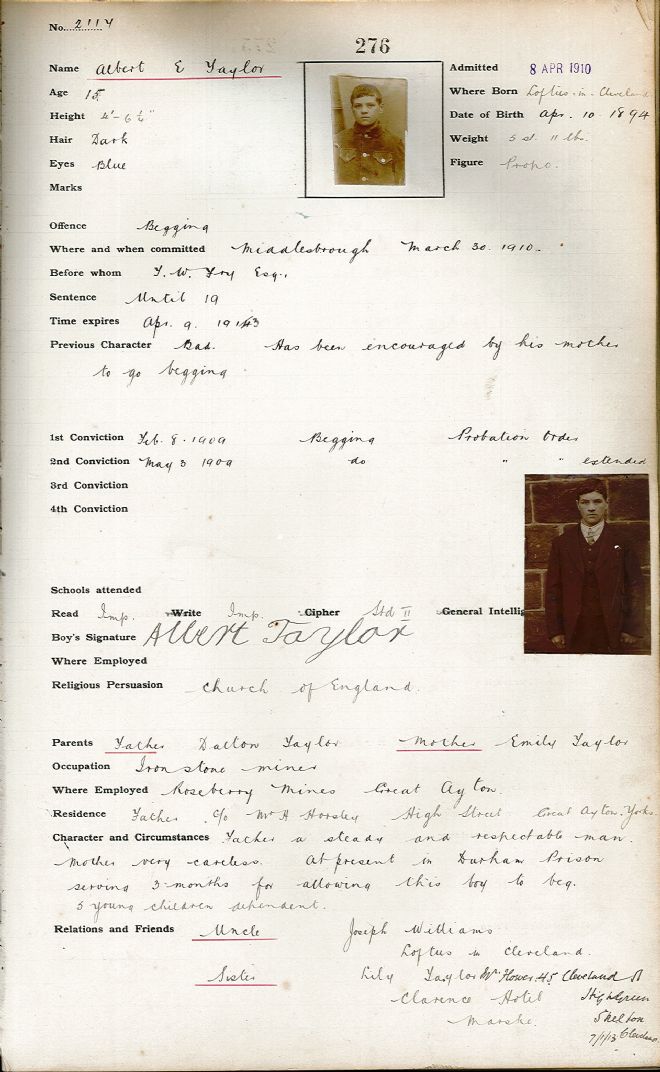 Begging was an illegal offence when Albert was convicted. Albert’s record notes that his previous character was ‘bad’, and that he ‘has been encouraged by his mother to go begging’. Albert’s record doesn’t note any schools he had attended previously, but does note that he can read and write imperfectly. Some information is given about Albert’s parents – his father was considered to be ‘steady’ and ‘respectable’, but his mother was thought to be very ‘careless’. The record also notes that Albert’s mother is currently in prison, because she had allowed him to go begging.

What do you think would happen if he was caught begging today?

Albert had five brothers and sisters, and you can see on his record that there are two pictures of him. One picture was taken when Albert was admitted to the Reformatory, and the second was taken when he was almost ready to leave.