Emily was born in Leeds in 1850 and lived most of her life at Adel Grange with her sister Isabella. She was an artist and attended The Slade School of Fine Art in London. 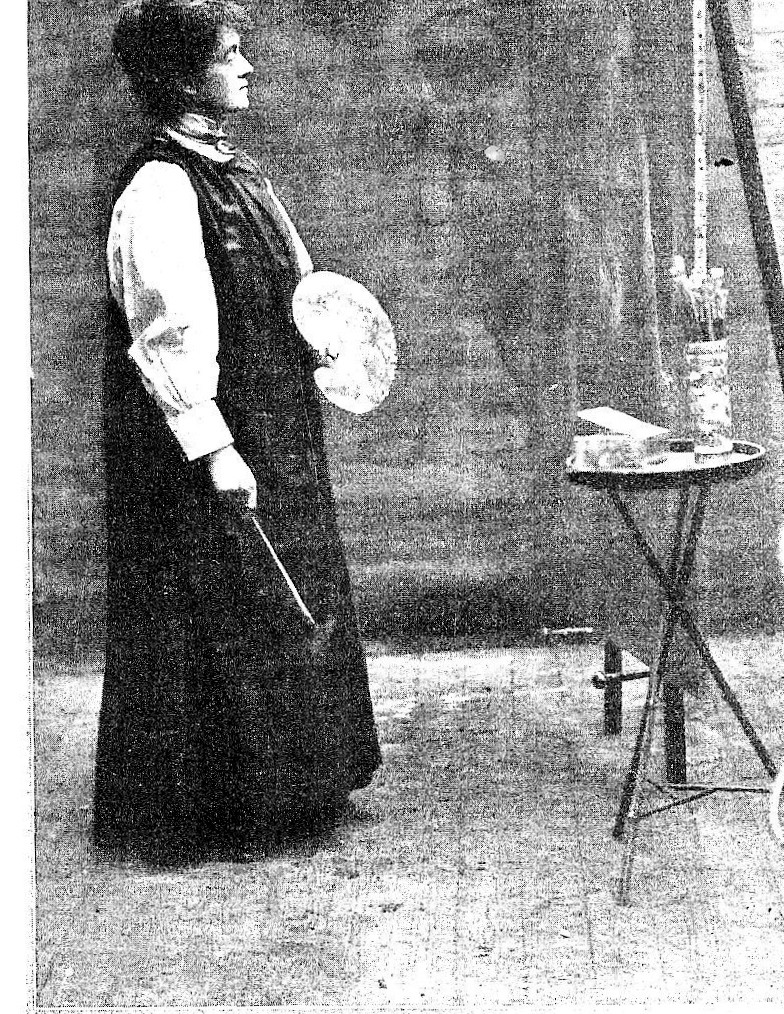 Emily Ford in Her Studio

Like her sister and father, Emily was very interested in education and was an active member of the Leeds Ladies Educational Association, who provided lectures and other training opportunities. They were also one of the organisations involved in the founding of Leeds Girls High School.

She also become involved with the National Union of Women’s Suffrage Societies (NUWSS), like her sister Isabella.

Although Emily was also born a Quaker, she later decided to convert to being an Anglican, and moved away from the socialist politics that Isabella was involved in. Her career as an artist continued alongside her suffrage campaigning, where she focused increasingly on religious art from around 1890. This included a series of panels that she painted for display at All Souls Church in Leeds, which were restored in 2014.

Alongside her religious art, including painting stained glass, she continued with her campaigning focused on the rights of women, and she became a member of a London suffrage society and was keen for her art to be used as part of the protest movement.

She later became a member and then Vice President of the Artists Suffrage League, and designed posters that were used in campaigns, alongside banners and other visual material, especially for the NUWSS. 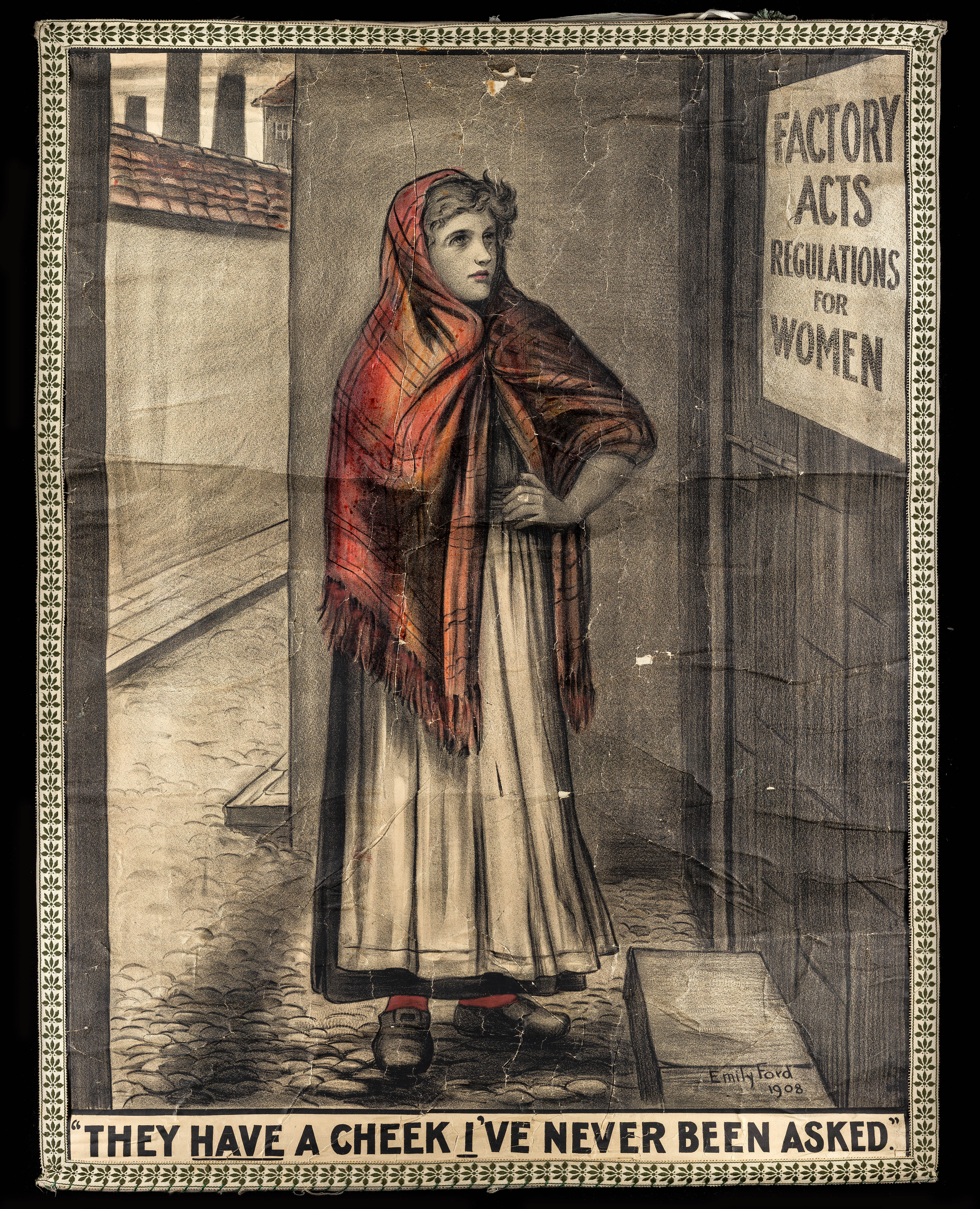 In 1916, Emily donated a number of paintings to the University of Leeds where they were hung in the Great Hall. She died in 1930.