Alice was born into wealth in 1842 and was well known for refusing to have the word 'obey' in her wedding vows or wear a wedding ring.

Alice shocked ‘polite’ society by travelling around Europe with her husband without a wedding ring!

Alice and her husband Oliver were based in Morley and their family had long been interested in politics as well as animal welfare and fashion. 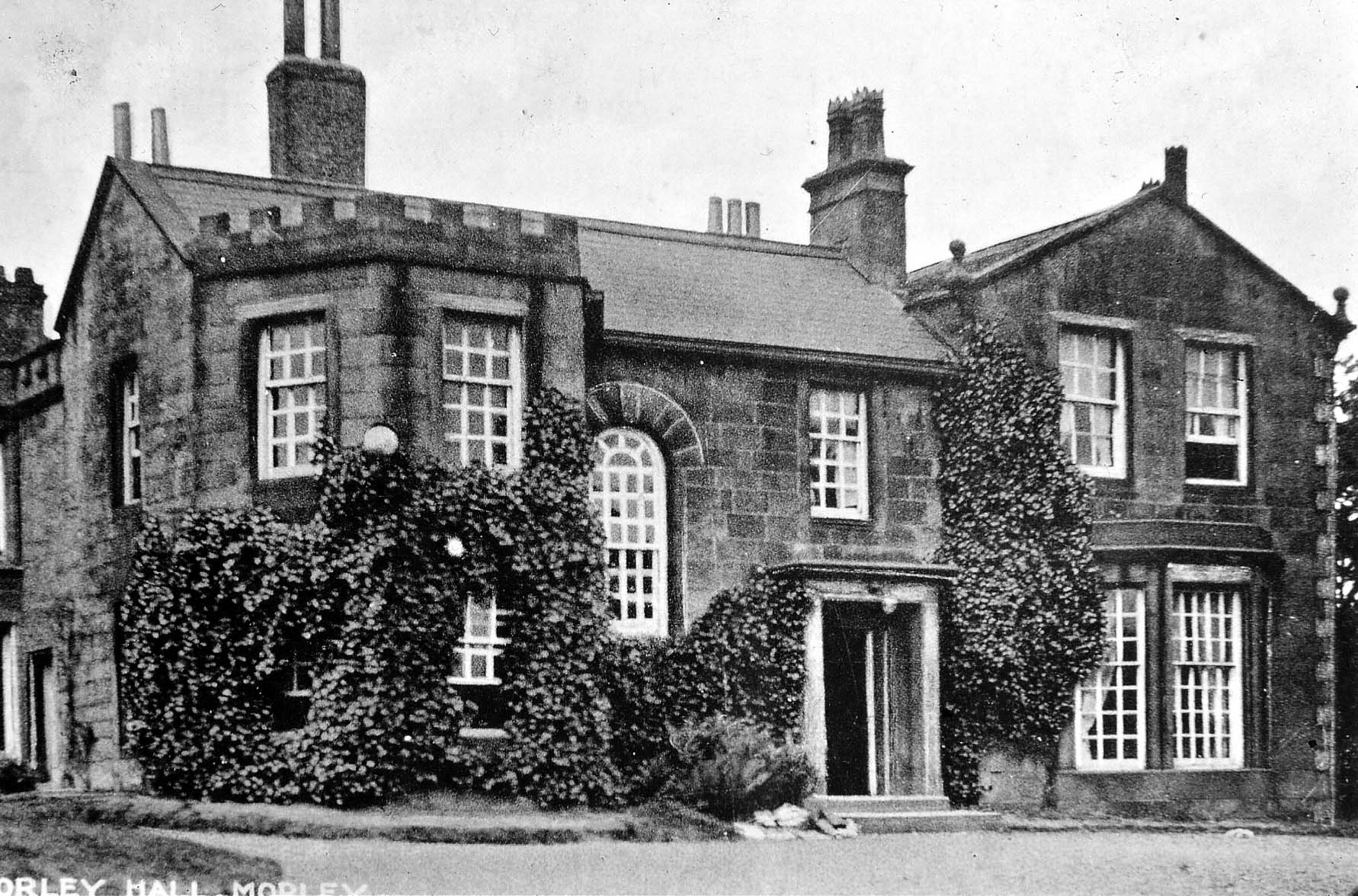 In 1872 she joined the Leeds Women’s Suffrage Society and became very active campaigning for women’s rights across Yorkshire and Manchester. 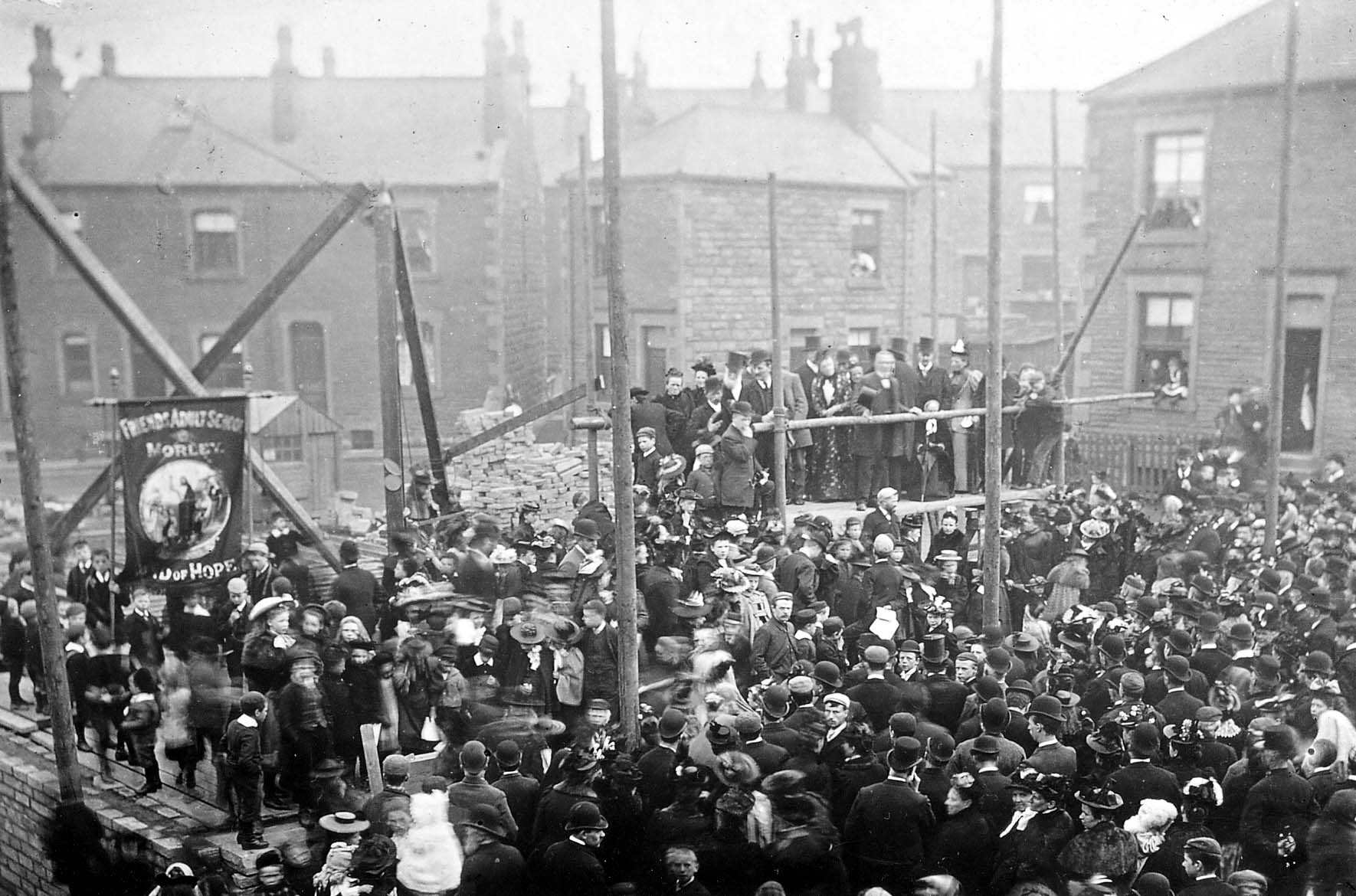 She was a popular speaker and appeared at demonstrations held in the early 1880s. She was friends with Hannah Ford, mother of Isabella and Emily and joined many of the same organisations as they did. She also helped to get women elected to County Councils.

Her scrap book of images and news cuttings are kept by Leeds Central Library. The letter below is signed by Alice on behalf of the National Society for Women’s Suffrage. It was sent to the Liberal Society asking them to petition parliament to allow women to vote. 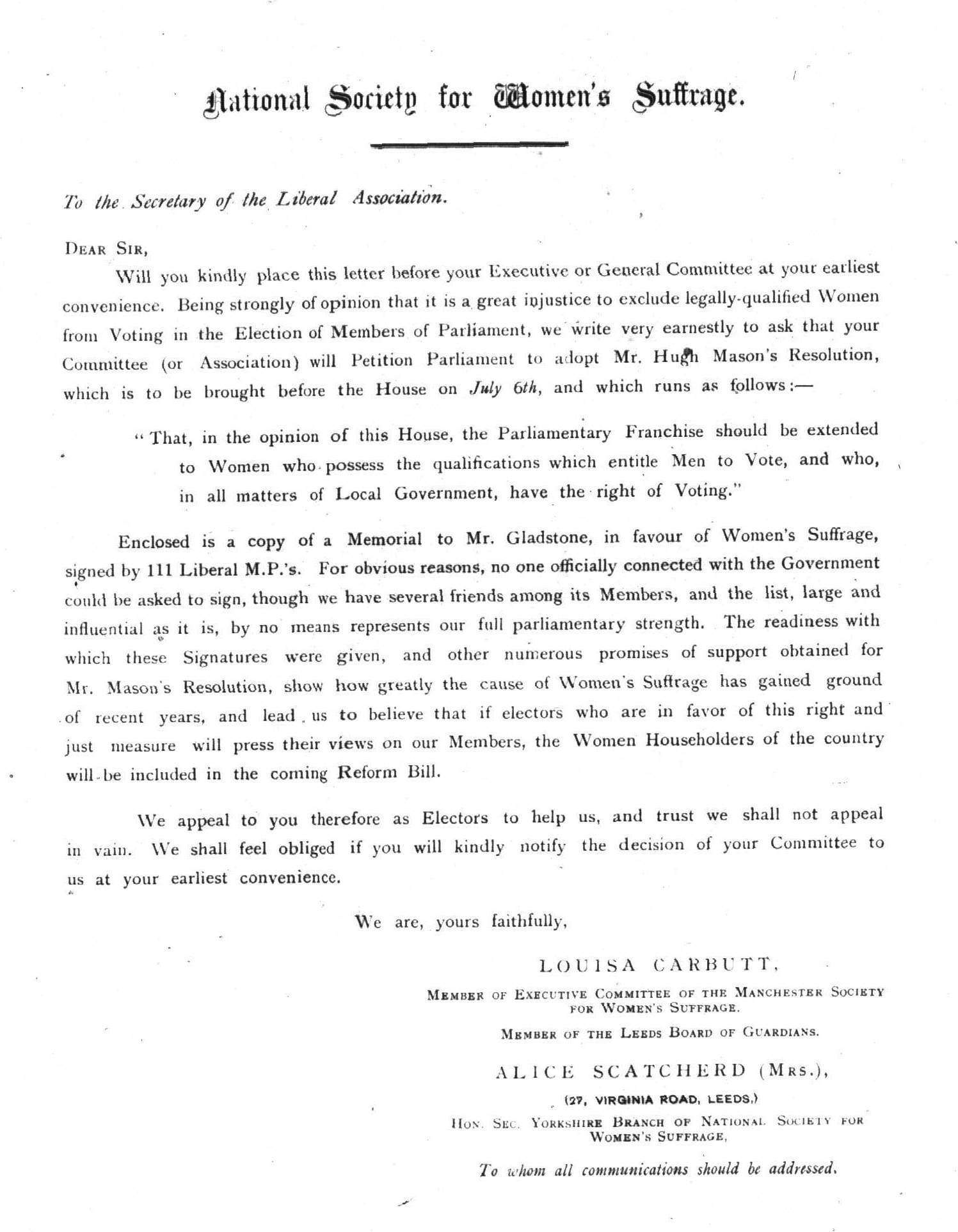 Suffrage Campaign Letter to the Liberal Society
Next section