The Story of Engines Nellie and Aldwyth

This is a story about a pair of engines, called Aldwyth and Nellie. They were both four wheeled locomotives made at Manning Wardle & Company here in Leeds. Nothing remarkable about that, you could say, but what made Nellie extra special, was where this little engine would eventually end up. 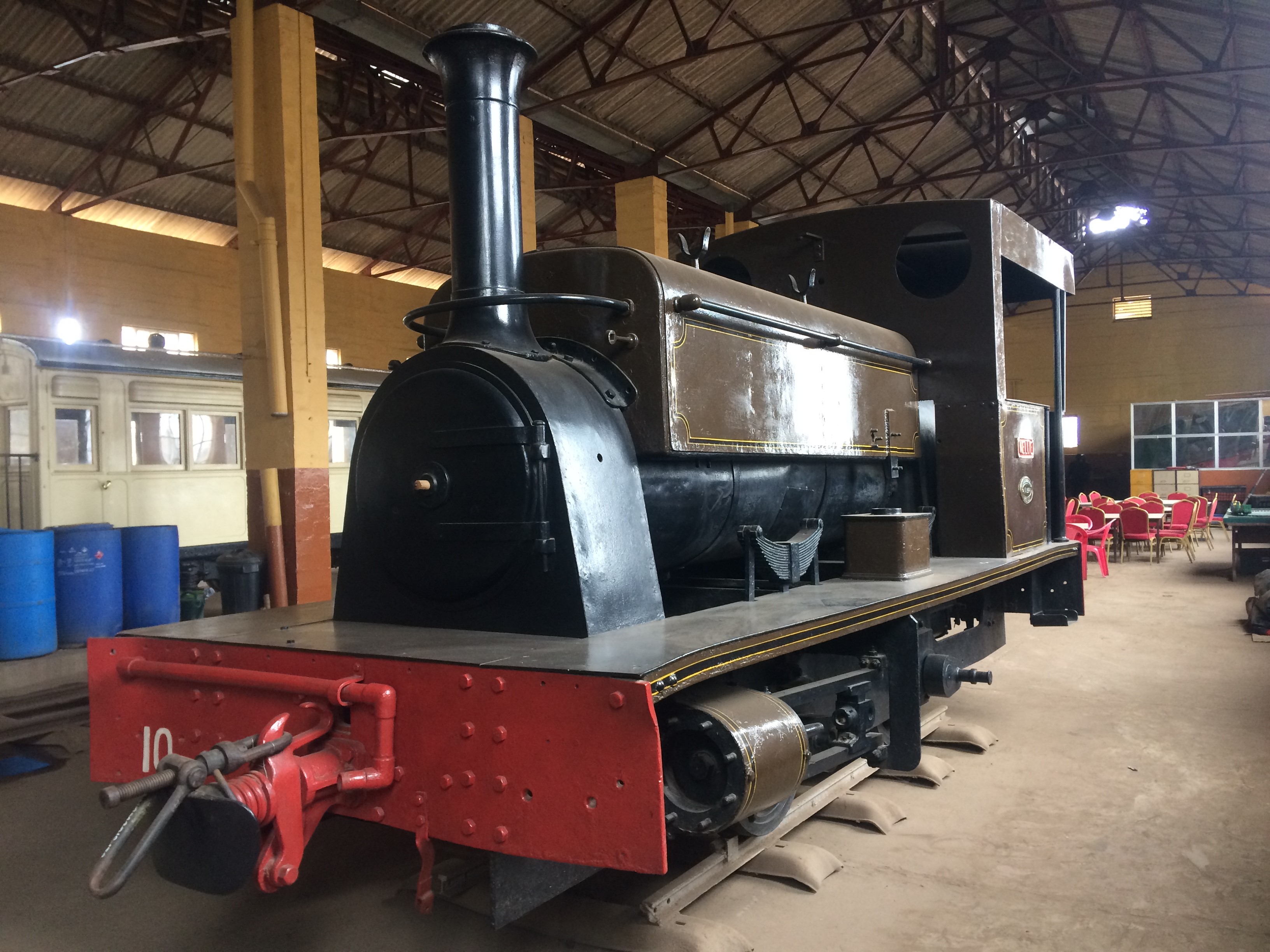 Now, Aldywth was the older sister, and she’d always wanted a younger sibling so when the people in the factory told her that another train was being made similar to her, she was so, so excited. 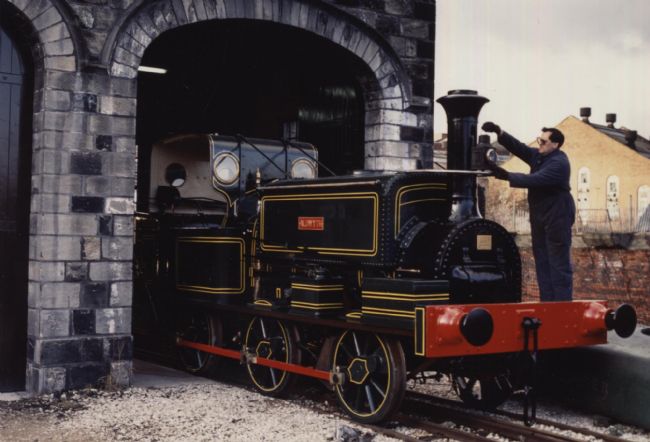 Finally, during the First World War in 1915 Nellie was built. The two engines both looked alike, with chocolate colouring and saddle tanks. Nellie and Aldwyth did everything together. They would run down the train lines racing each other singing their own song.

Until one day the foreman came to Nellie to tell her she was going on a big adventure. She was going to a beautiful country far, far away in the West of Africa called Sierra Leone.

Nellie was put on crane that heaved her onto a ship. The crossing was bumpy and large waves lashed the sides. Nellie was cold and unhappy.  Where was she going and why was she being separated from her friends and her sister Aldwyth? The ship sailed all the way across the seas to the capital of Sierra Leone, which was called Freetown.

When Nellie arrived she discovered how hot and sunny it was, so different from the cold and wet weather in Leeds. The sights, noises and smells were very unfamiliar to her.

The food especially was so different from back home.  She was used to her drivers having fish and chips or a meat and potato pie, but in Sierra Leone a long the streets of towns and cities one could find delicious foods like fresh m angoes , oranges, pineapple, fried plantains ,  ginger beer , fried potato, fried cassava with pepper sauce; small bags of popcorn or peanuts, roasted corn, or skewers of grilled meat or shrimp.

[Pass round the pineapple and get everyone to taste the papaya juice].

Her drivers ate rice topped with a variety of sauces including potato or cassava  leaves, crain crain, okra soup and groundnut stew.

Nellie’s job was to transport goods at the ports. She moved anything from leopards, rhinos and monkeys to diamonds, rice and pineapples.

Nellie grew to love her job but she never forgot her sister.  She would sing their song as she went up and down the lines.

Meanwhile, although Aldwyth was left behind, she eventually went to work at the Royal Air Force (RAF) at Kidbrooke, London. Like Nellie, while she was working she would sing their special song:

She would watch the planes come and go wondering if any were going to Africa.

Nellie worked hard in Sierra Leone for many, many years, until the railway line closed. By the 1970s, Nellie wasn't being used and was being stored outside, getting rusty and missing many parts.  This made Nellie very sad but luckily it was recognised that she was such a special engine, and Nellie was placed in the workshop for safekeeping with a big sign on her saying 'Not to be burnt'.  She was eventually saved and now lives at the Sierra Leone National Railway Museum.

Aldwyth, having retired from working for the RAF is now living at Armley Mills in Leeds 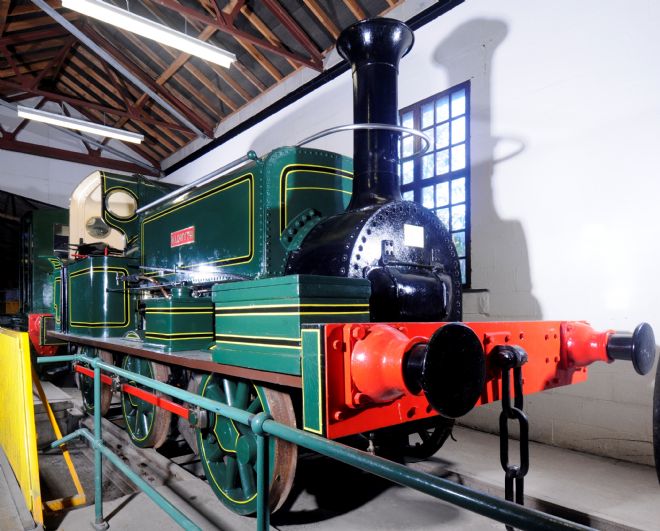 Nellie was 100 years old in 2015, and we asked everyone in Armley to sign a birthday card from Aldwyth and the people of Leeds to let Nellie know that her big sister hasn't forgotten about her. 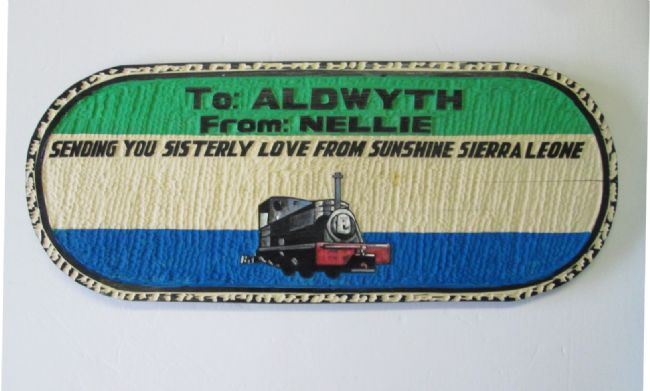 Plaque from Nellie to Aldwyth