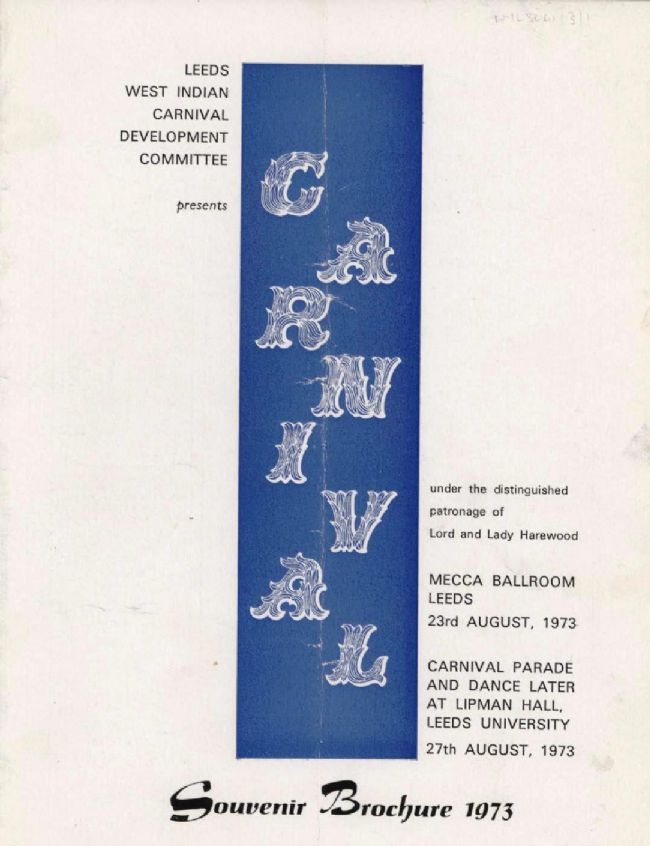 The Leeds West Indian Carnival is the oldest authentic Caribbean carnival in Europe, and 2017 marked its 50th anniversary.

Leeds West Indian Carnival in the 70s and 80s
It began as a Carnival Fete in 1966 led by Arthur France, MBE, who came from St Kitts Nevis in 1957, and two of his friends, Frankie Davis, from Trinidad, and Tony Lewis, from Jamaica. They were students in Leeds, and wanted to celebrate and share their heritage. In 1967, they enlisted more help from Ian Charles, Calvin Beech, Willie Robinson, Samlal Singh and Rose McAlister, and created a Carnival parade through Leeds alongside the indoor fete. 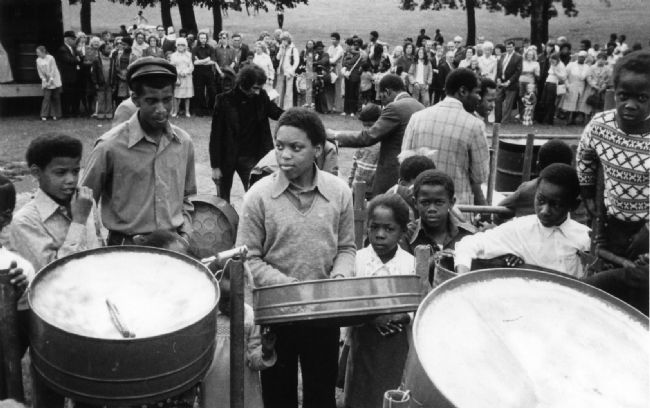 Playing steel pans at Leeds West Indian Carnival 1974
Arthur had always wanted to be part of a Carnival, but his parents were very religious and would not let him take part back home in Nevis as a child. 'But I was always very fascinated by carnival,' he said. 'As a child I remember seeing Levi Jeffers and other men who are in Leeds now in a play called David and Goliath which they put on the road in carnival, along with a Masquerade troupe. When I got to Leeds I dreamed of having a carnival here. When I could hear the St Christopher Steel Band in Potternewton Park, just with the pan round their necks, I couldn’t believe it. It was a dream come true.'
The Carnival now happens on August Bank Holiday Monday each year and attracts thousands of people of all cultures from all over the UK, Europe, America and the Caribbean, and troupes from Birmingham, Luton and Nottingham.
All carnivals are usually a time where roles are reversed. They have a parade, and the crowning of a Carnival Queen and Princesses. To be an authentic West Indian Carnival, Leeds also has a number of strong Caribbean traditions: 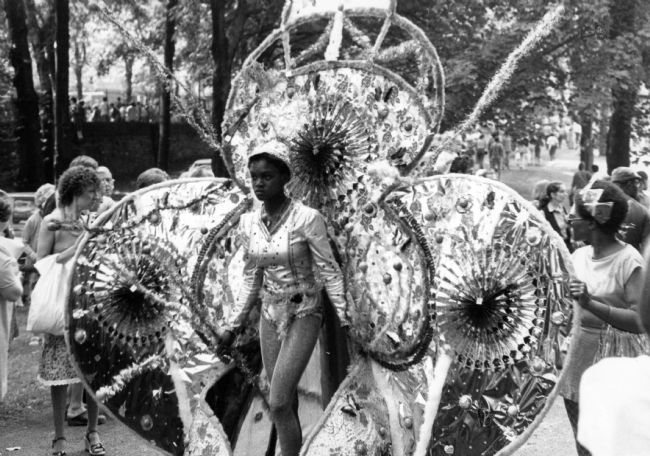 Young girl wearing an exotic costume at Leeds Carnival 1980
The Leeds West Indian Carnival starts and finishes in Potternewton Park, Chapeltown, Leeds, LS7.
Chapeltown is an area of Edwardian terraces in mid-east Leeds which has provided affordable housing for many different communities when they were new to Leeds. Around 20,000 people live there. In the 1950s and 60s the Jewish community that had made their home there started to move out to the wealthier suburbs and Chapeltown’s flavour became more Caribbean. 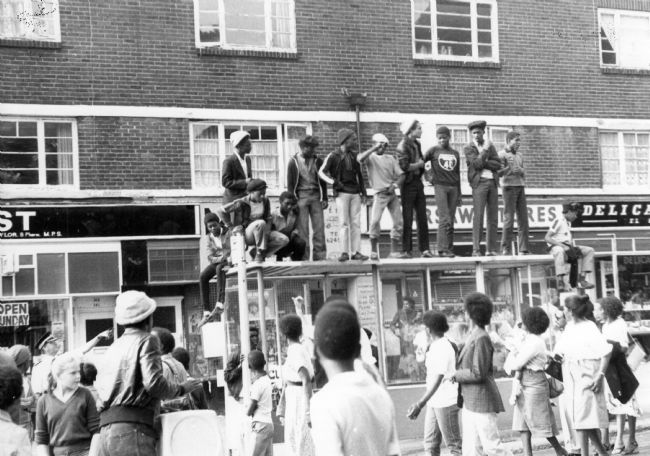 The Roots of Carnival