Sometimes the theme for a street festival is decided centrally. Leeds Pride had ‘Superheroes’ as a theme in the past and in 2011 the theme for Bramley was ‘The Rainbow’. In Otley and the West Indian Carnival the themes are chosen and developed by each troupe and kept fairly secret from competitors. Film references are very common (Disney, Sci-Fi), and UK legends (Bodicea, Robin Hood). Nursery rhymes and games are popular with primary schools. Wildlife or Nature themes recur (the Jungle, the Sea, Endangered Species) and famous cultures (Ancient Egypt, other African kingdoms, Aztecs, China). Topics in the news also feature, in 2010, one of the Leeds West Indian troupes carried ‘BP Shame On You’ placards. 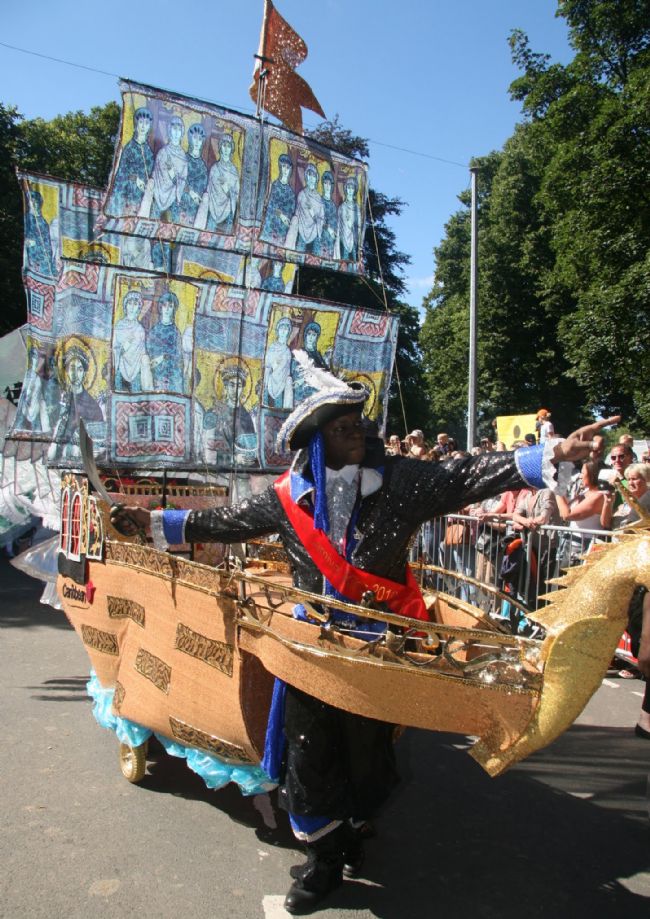 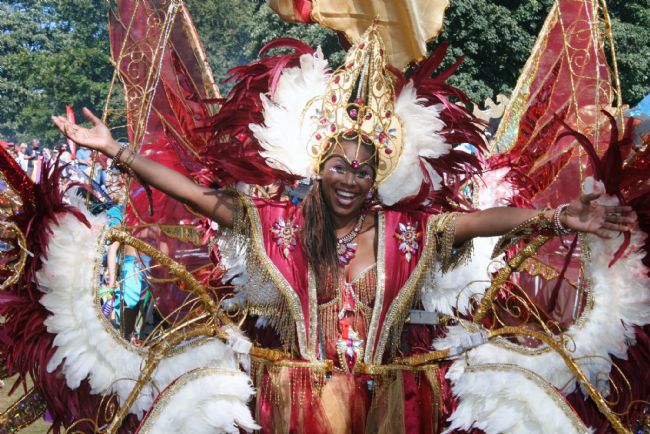 Using lightweight foam, stretchy fabric, and plastic and wire support, fabulous creations are possible. Usually one designer will make the larger King or Queen costume, and work with the troupe to come up with their group look, including the smaller Prince and Princess costumes. Then there will be a team of workers creating the many troupe outfits, working to an agreed pattern, after buying fabric and fittings in bulk. Getting the troupe costume ready takes a lot of volunteers with mums, sisters, brothers, dads and friends all pitching in. There’s lots of finishing off to do at home, in a rush to be ready for the big day.

The aim of the resources on this page is to give children an understanding of what Carnival costumes look like, how they are made, and why they are important to the Leeds West Indian Carnival.