Leeds West Indian Carnival is a weekend event over August Bank Holiday, beginning on Friday with the Queens Show. Queens are dancers that usually lead their particular troupe with spectacular stand-out costumes. The Queens’ costumes are judged while musicians, local dancers and a steel pan orchestra provide entertainment between their appearances. The Prince and Princess are judged the weekend before at the ’Jump-up’ junior dance event. 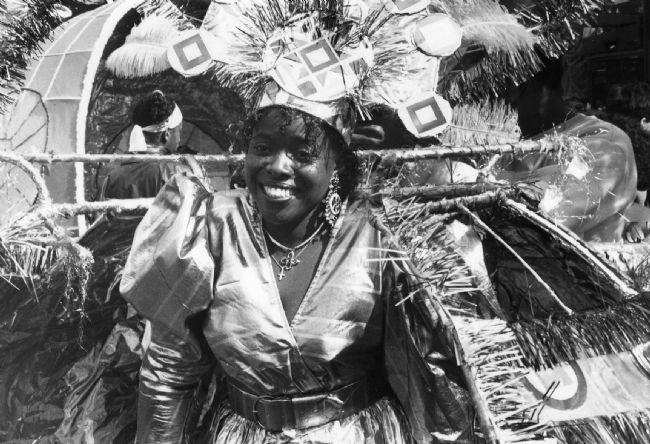 Leeds West Indian Carnival Queen Sheila Howarth, August 1989
On Saturday, the Leeds West Indian Centre holds the Calypso Monarch Contest, a competition between budding Calypso music enthusiasts. On Sunday there are more music events including soul, R&B, or reggae. ‘J’Ouvert Morning’, also known as the Pyjama Parade, provides a mini route for revellers to warm up from 6-8am on Monday morning.
On Monday afternoon, the main parade leaves Potternewton Park at 2pm, seen off by the Lord Mayor of Leeds. It goes along Harehills Avenue, Harehills Lane, Roundhay Road, Barrack Road, and then back up along Chapeltown Road to the park.  It takes over an hour for the parade to travel the full route. 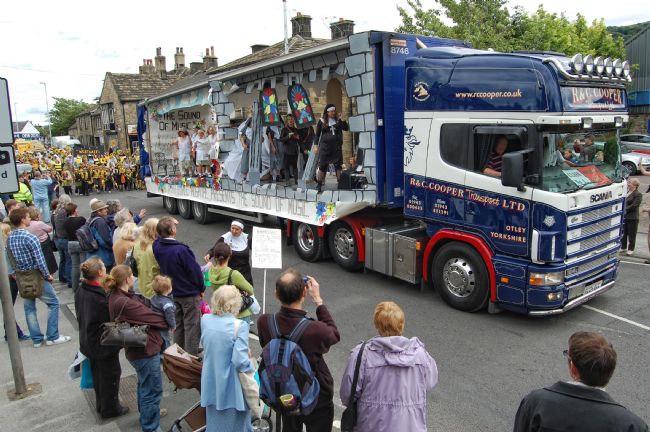 Otley Carnival Float 2009
The weekend concludes with another big concert called the ‘Last Dance’ on Monday evening, usually at the West Indian Centre.
Next section