Over the last twenty years the Calls and Lower Briggate area of Leeds, southwest of Leeds railway station, and south of the main shopping streets, has gradually developed as the Leeds Gay Quarter. This is a Gay friendly area with bars and restaurants proudly flying the rainbow flag.

'Pride is a celebration of the diversity of Leeds LGBT communities and a statement of solidarity with and by our families, friends and allies. It’s a great day out for everyone'.

The first LGBT (Lesbian, Gay, Bi-sexual and Transgender) Pride street parade in the UK took place in London on 1 July 1972. The date was special, it was chosen as the nearest Saturday to the anniversary of the Stonewall riots of 1969. The first Pride attracted approximately 2,000 participants. Early Pride events were political, and associated with an international movement which started in the USA and Australia, and was then taken up across the world, fighting for the right to be visible, heard, and un-harassed. The LGBT community moved out from the few bars and clubs which let them meet openly and started to hold their own marches and other events, publicly demonstrating their Pride.

Leeds Pride festival has been happening since 2005. Before that there was a smaller event in Hyde Park, called ‘Hyde Out’, and one year there was also a Winter Pride. Like other festivals Leeds Pride has an organising committee, and websites: www.leedspride.com and at www.gayleeds.com/pride. Pride also attracts involvement by other organisations who want to show their commitment to the gay liberation agenda, as championed by organisations like Stonewall, and Shout. 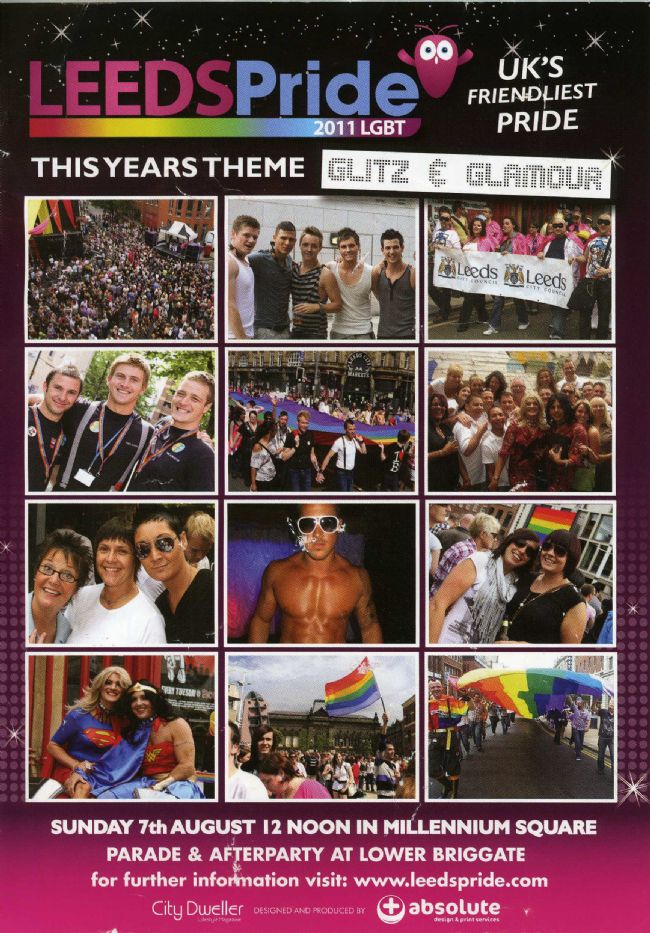 Flyer with multiple pictures from Pride advertising the 2011 festival

The main stage is on Millennium Square, where the show starts at 12 noon. A three hour programme includes both international acts and performances by top cabaret talent from local Gay venues. This entertainment extravaganza concludes at 3pm when the procession moves off, going down through the Headrow and south on Vicar Lane to Lower Briggate and the Calls. Each year, the committee suggest a theme, in 2009 it was ‘4Equality’, in 2010 ‘Everything Yorkshire’ and this year it is ‘Glitz and Glamour’. In 2017 the leading float was MESMAC, who were celebrating 20 years of service as one of the oldest and largest mens sexual health organisation in the country.

Some fabulous costumes are worn by female impersonators or drag queens, but many people parade in everyday clothes, some just indicating their involvement by T-shirt logos. A fairly large number in the LGBT community want to emphasise how ‘normal’ their lifestyle is. The events and parade are designed to be friendly and welcoming with several accolades of 'the UK’s friendliest Pride' being given to Leeds year on year. Marchers in the parade include student organisations, the fire and police services, workers unions, religious groups, sports teams and a large number of people who march just for fun and to show their support. 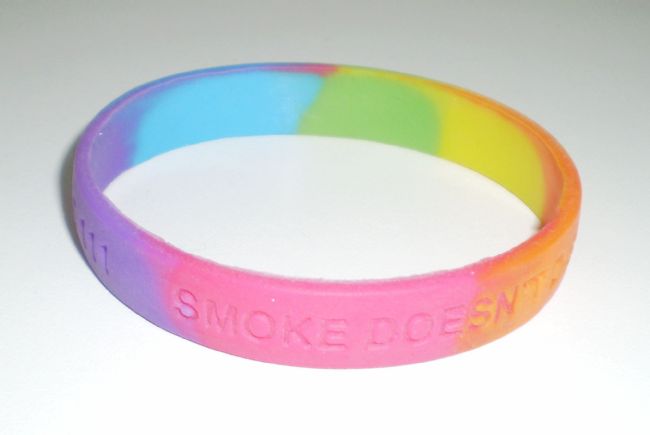 In 2009 the participation and audience figures had reached 17,000, in 2010 this was around 23,000 people. Fundraising for the event takes place throughout the year. Programme sponsorship is sought, and payment in kind. Unlike Otley Carnival and the Leeds West Indian Carnival there is no judging of group and individual entries. Pride is about just joining in, and celebrating equality.