The Gascoignes were a very patriotic military family and they felt it their duty to help when the First World War broke out. By November 1914, Colonel and Mrs Gascoigne had turned their home, Lotherton Hall, a country house near Leeds, into a VAD (Voluntary Aid Detachment) hospital for wounded soldiers. 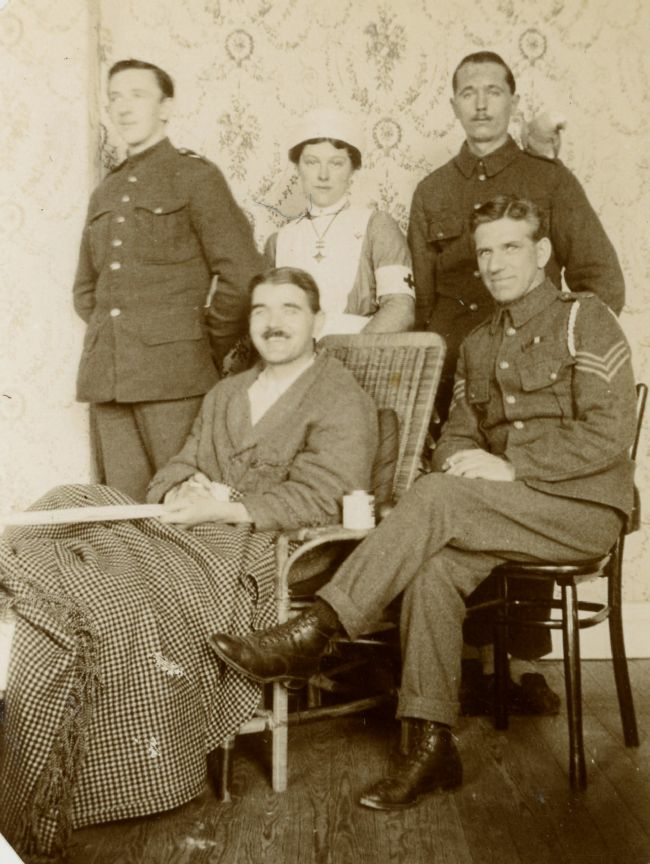 Soldiers with a Nurse at Lotherton Hall
At first, the hospital had eighteen beds and this had increased to thirty-five by the end of the war. The family ran the hospital using their own money, never accepting a government grant. The nurses were mainly VAD volunteers, but Mrs Gascoigne acted as Commandant of the hospital and her daughter Cynthia was part of the nursing staff.
Between 21 November 1914 and 28 March 1919, 655 soldiers were treated at Lotherton. The patients were convalescing soldiers, meaning they were sent there to rest and recover. They wore loose-fitting clothes made of blue material with white lapels, known as ‘hospital blues’. Entertainments were organised to help them pass the time during their stay, like live music and performances. 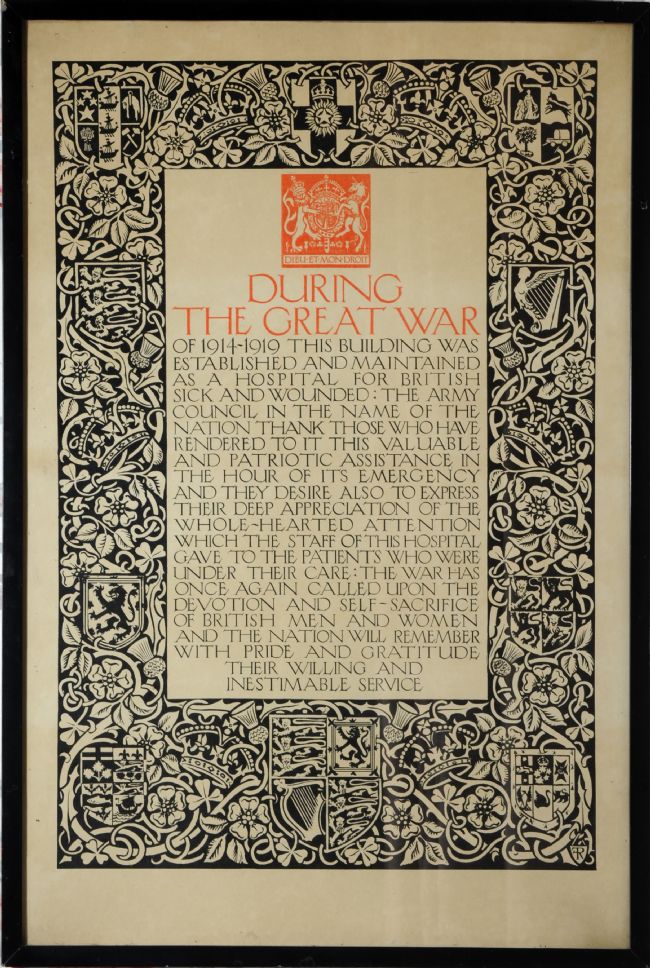 Great War Hospital Certificate Awarded to the Owners of Lotherton Hall
The Gascoigne family’s commitment to the war effort was well recognised in the local community and by the St John’s Ambulance Association. Mrs Gascoigne was awarded a CBE in 1918.
Next section