George Ryder was born in 1895 in Leeds and lived on Ashville Terrace in Burley. In 1912 he joined the seventh battalion of the West Yorkshire Regiment. George Ryder saw active service in the war until he was wounded on 6 October 1915 and admitted to a military hospital five days later. 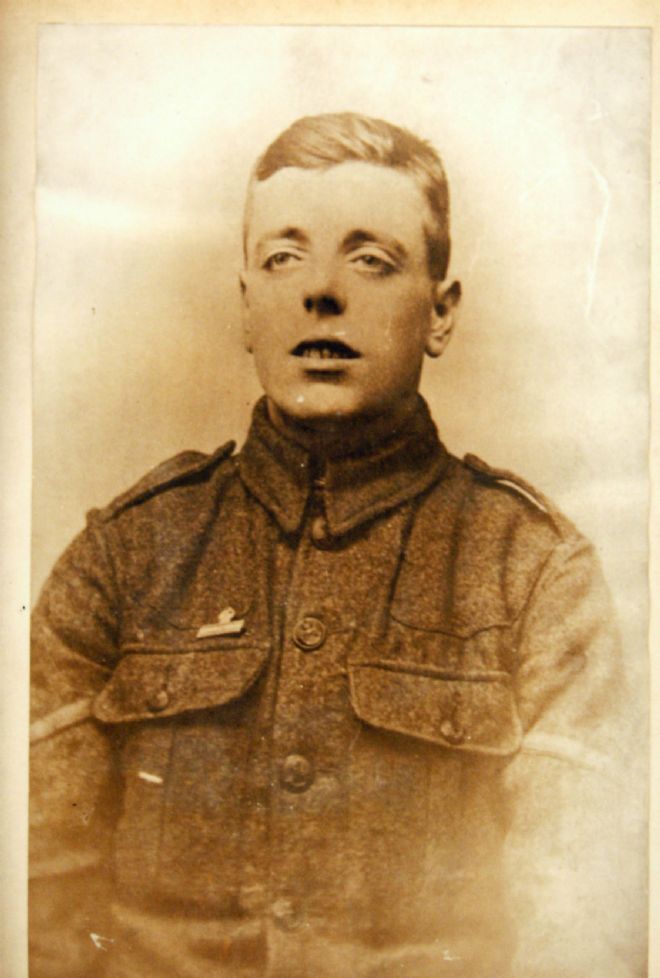 Portrait of WW1 British Soldier George Ryder
While crossing a bridge under enemy fire, camouflaged by several sacks, George was shot through the neck and severely injured. Whilst at the field hospital at Wimereux, the Red Cross paid for his mother to visit him in France.
In 1916 he was transferred to Beckett's Park Military Hospital and from there to Temple Newsam. George's injuries left him with life-long disabilities. His son, Malcolm, remembers being taken to Temple Newsam as a young boy and his father pointing out where he had stayed whilst recuperating.
(This information is reproduced courtesy of Malcolm Ryder.)
Cyrille Desager was a Belgian patient at Temple Newsam House. It is uncertain when he arrived in Leeds but he could have been one of the first 30 to arrive in 1914. He didn't return to active service and appears to have stayed in Leeds until 1919. 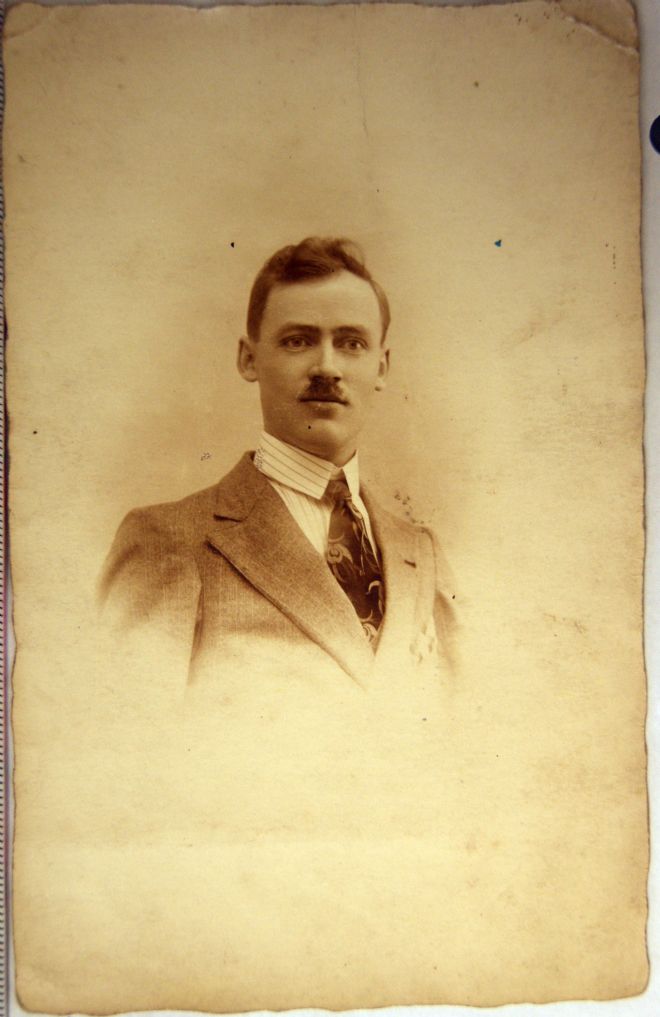 Portrait of WW1 Belgian Soldier
Cyrille became engaged to Elizabeth (Lizzy) Wark and by 1918 she was pregnant with their daughter Margaret. As an unmarried mother Lizzy was sent to Londonderry, in Ireland, to have the baby. Margaret was born in early 1919. Lizzy and Cyrille remained unmarried and Cyrille was repatriated to Belgium in 1919. He continued to write to his fiancee and his young daughter, sending cards with pictures of children around the same age as Margaret'.
The last we know of Cyrille is that he was working at a hospital called Villa Parmentier, in Woluwe-Saint-Pierre. Villa Parmentier was also a rehabilitation centre and had professional training workshops, a forge and a bookshop.
(This information is reproduced courtesy of Michael Hassell.)

Listen to ten dialogues of imagined wartime scenes at Temple Newsam Hospital evoking the atmosphere of life on the wards.