Right from its opening in 1883, St Andrew's Dock was a busy, bustling place where lots of people worked. There were trawlermen, who were constantly going out on fishing trips to the Arctic, or coming in from a fishing trip with their catch. Yet, there were lots of other fishing jobs to do and most were done at St Andrew's Dock or in factories just off it.

Work at St Andrew's Dock and in the factories started early and finished late. It was tough and most of it required lots of physical effort, but it was also a fun and friendly place to work. Local historian Alec Gill, MBE, said that: 'The work was hard, the bosses were tough, the deadlines were daily, but people loved it. They called it one big family. They took a pride in the place and their fellow workers.'

Lots of men called 'Bobbers' worked on the docks unloading fish from the trawlers. When the fish was unloaded from the trawlers they were put into baskets onboard the trawler and swung onto the dock-side. The Bobbers caught the baskets full of fish and tipped them into fish 'kits'. 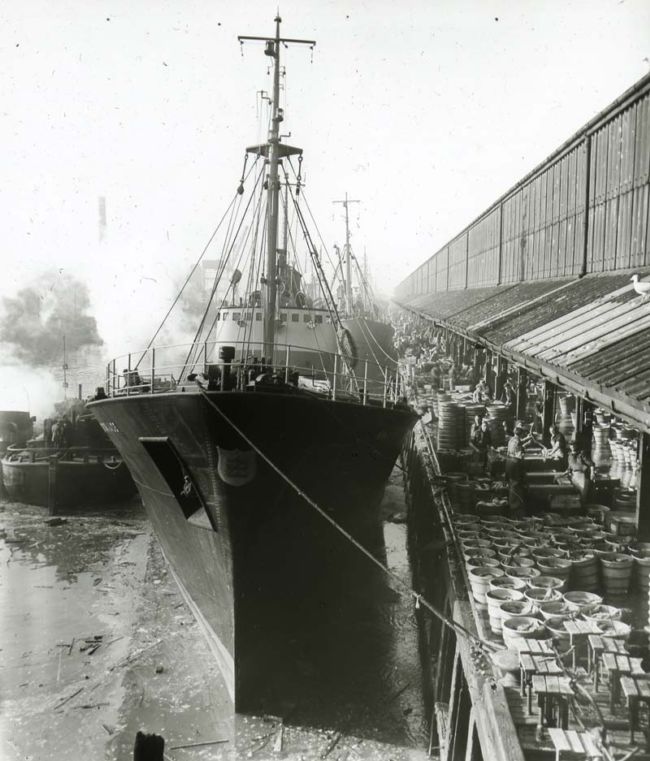 Fish being Unloaded from a Trawler

Bobbers were given this name because lots of these baskets full of fish would be swinging to and fro from the trawlers. The men had to constantly 'bob' out of the way to avoid being knocked over!

As well as Bobbers, there were people who sorted the fish and inspected them. There were places where nets were mended and boats repaired. There was also people who de-scaled and gutted the fish, before packing them. 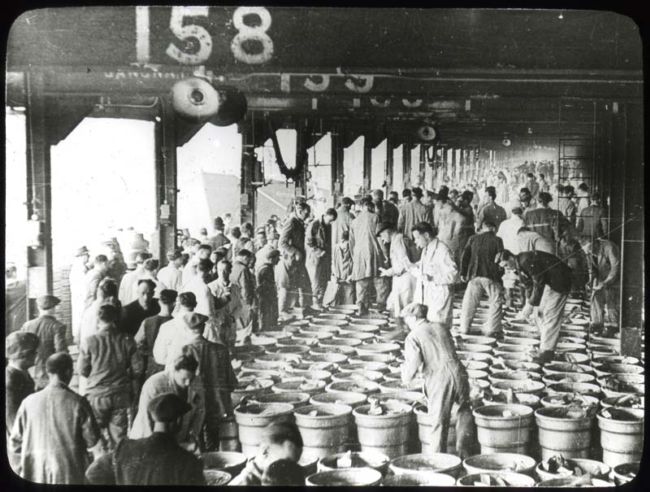 Nothing was thrown away at St Andrew's Dock. In 1890 the Hull Fish Meal and Oil Company was founded and a factory was built to process all of the fish heads, guts and bones which couldn't be eaten by humans. The fish meal which was made in the factory was made into fertiliser for farms or used as animal and fish feed.

Hull used to be famous for its smoked haddock and tasty kippers.

The fish were smoked in big factories off St Andrew's Docks. The fish were  hung up in large rooms with hot, smoking oak wood chips underneath. Smoking was used to preserve the fish as well as add flavour.

When did St Andrew's Dock close?

Preserve - to try to make something last longer

Transferred - when something is moved from one place to another