In 1909 M&S opened a store at 76 Briggate. After the First World War the store was rebuilt. The 1920s and 30s were a time of great expansion for the business; prices now ranged from a penny up to five shillings and the wide selection of goods was streamlined. By the 1930s clothing and food were the largest departments. 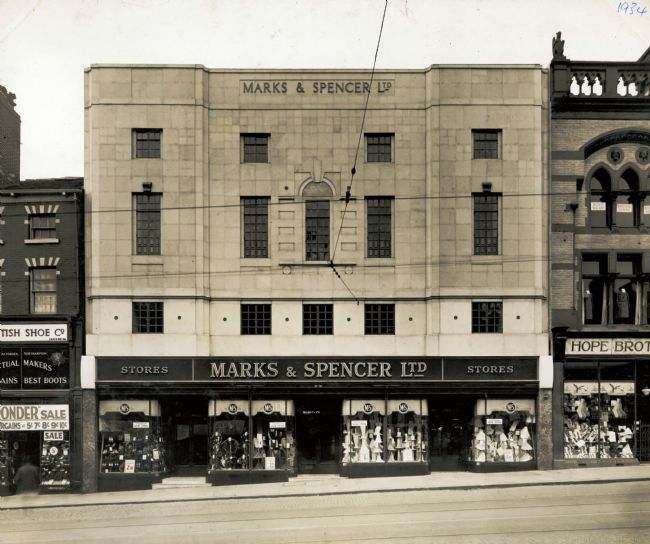 Simon Marks (who took over the business from his father in 1916) travelled to America to find out more about how department stores were run across the Atlantic. He came back and set about making M&S stores lighter and brighter, with goods displayed in elaborate arrangements. 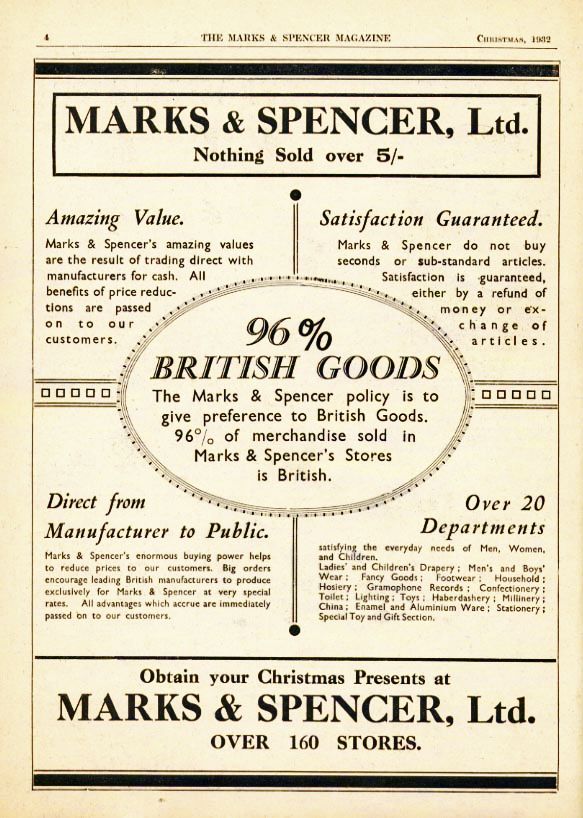 My childhood memories of Marks & Spencer was a visit to their Cafeteria in the basement of their store in Briggate, Leeds. I remember the assistants serving from behind a counter with lots of glass display cabinets all decorated. Margaret Gibbins, 61, Leeds. 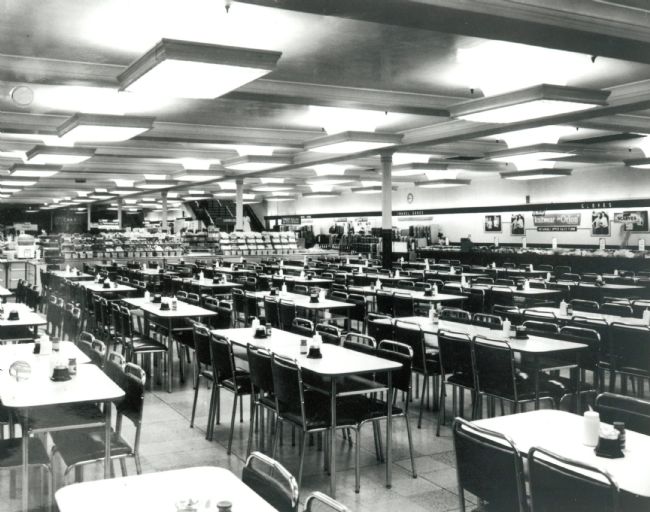 M&S Cafe Bars
One of the first M&S Café Bars opened in Leeds in 1935. Once war broke out, the Café Bars became even more popular because customers could pay with cash and didn't have to use their ration coupons. But after the war there was less demand, and the Leeds Café Bar was closed in 1961 (one of the longest running in the country). Leeds was at the forefront again when The Coffee Bar (M&S Cafés) was reintroduced in 1997 (see also M&S: 70 Years of In-Store Cafés for an overview of café bar culture). 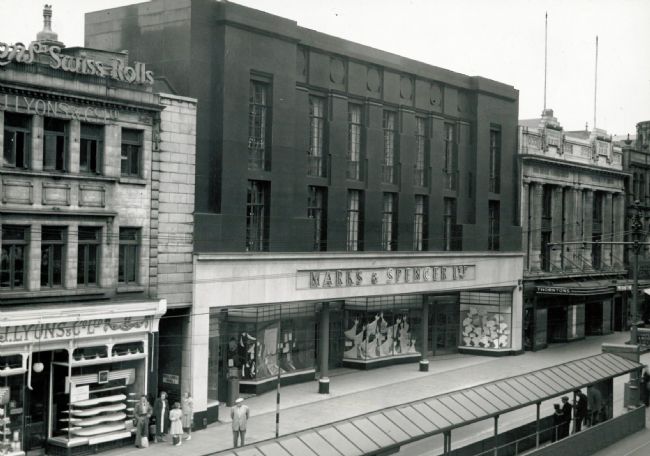 M&S Leeds Briggate Store, 15 March 1951
M&S Superstore
On 15 March 1951, 47-49 Briggate opened as a new M&S 'superstore'. M&S had purchased the plot in 1939, and the Rialto cinema was demolished at 46 Briggate to make way for the new store. But with the start of the War, the new building was taken over by the Ministry of Works for storage, and the sub-basement was used as an air-raid shelter!

Your can learn more about the history of M&S in Leeds  by downloading this timeline PDF. Also, see the Supporting Links for an interactive History of M&S timeline and 'Your Local M&S Store History'.

There are lots of discussion and activity ideas on the Teachers' Notes page.