The photo below shows people queuing outside the M&S Sheffield the Moor Store in 1941, during the Second World War. 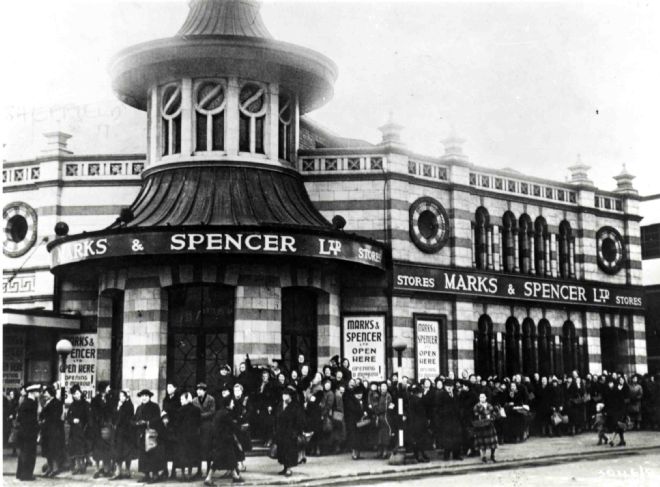 Mrs J Munro recalls working in this store in its temporary premises of a cinema, after the original store was destroyed by enemy action on the 12 and 13 Dec 1940. She says:

'Downstairs, I well remember the ticket room, a very small place, where one person was kept busy converting old, outdated tickets into new ones – no chance just to contact Burnley for new tickets when paper and cardboard were in such short supply!

At that time we had to encourage our customers to bring back the few bags we had, to be used time and time again. I remember one lady who used to iron hers to bring in and use again.

Eventually we were supplied with string and scissors and were only able to tie up the goods we sold.'

The 'tickets' were price tags attached to each item for sale, and because many materials were scarce during the War (including paper and cardboard which the tickets were made of) the staff had to alter the old tickets to be used on new items.

There were no plastic carriers or shopping bags in those days, and the things you bought were placed in paper bags - again these were 'recycled' by the store until they eventually ran out altogether! 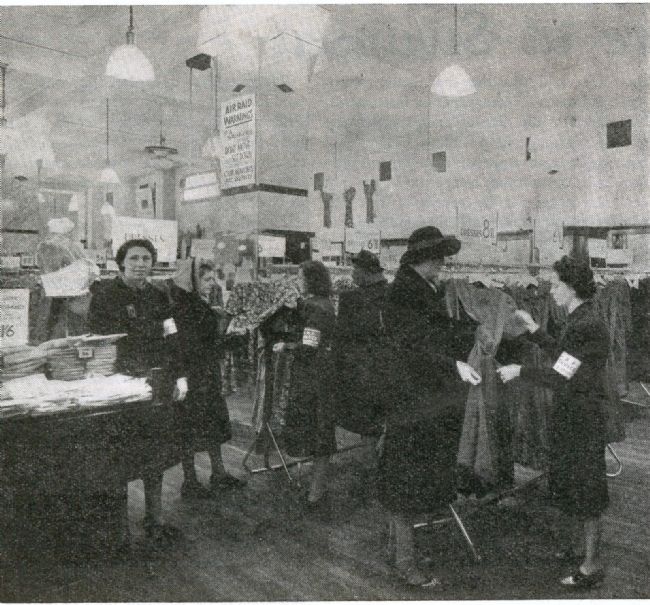