M&S Birth of a Brand - Buildings and Signage

The Importance of the Shop Building

From the very early days of the Penny Bazaars there's been an awareness of the importance of branding at M&S. The photos below show four different stores from the early 1910s to the 1930s; if they were in colour you'd be able to see that the M&S signage at Newton Abbott and Edgware Road was painted in red and gold. 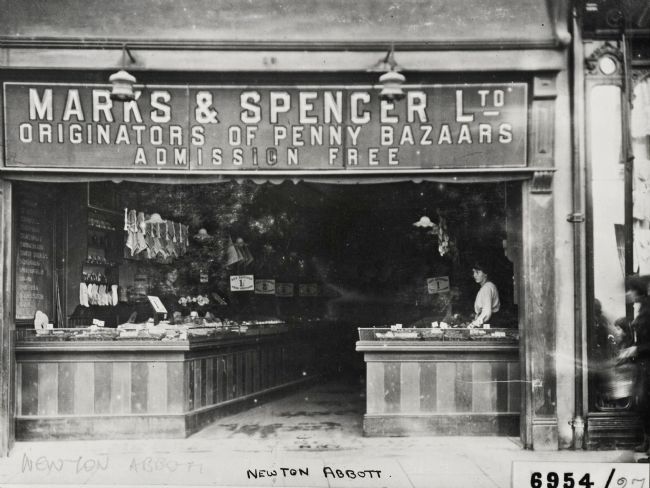 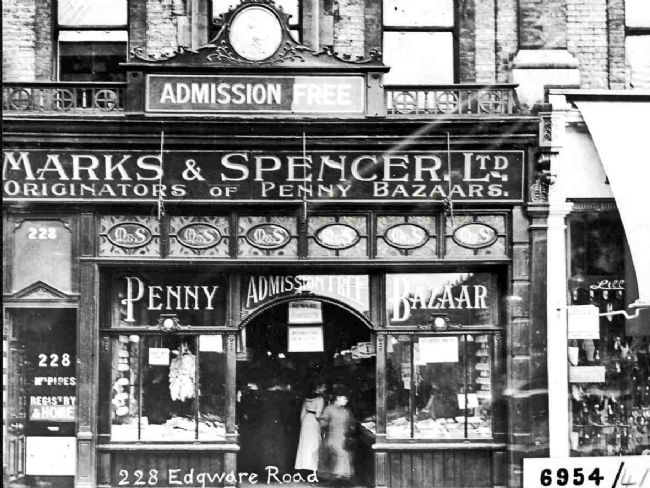 M&S Edgware Road, London 1912
Significant changes were made to the appearance of stores in the 1920s as the Penny Bazaars were phased out. The red and gold became green and gold, and staff uniforms were introduced to make sure that whichever M&S you visited, you would always be greeted by a familiar sight. 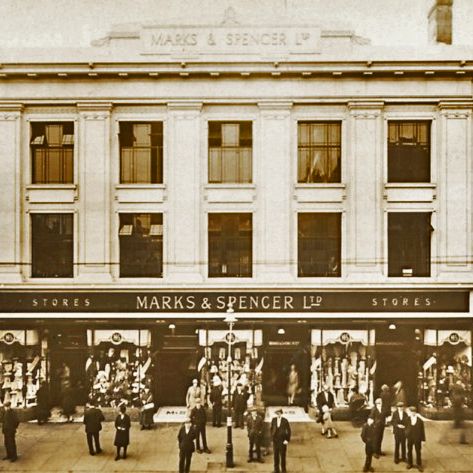 M&S Bolton 1929
The later buildings of the 1930s were much grander than the Penny Bazaars, their architecture being typical for the period. 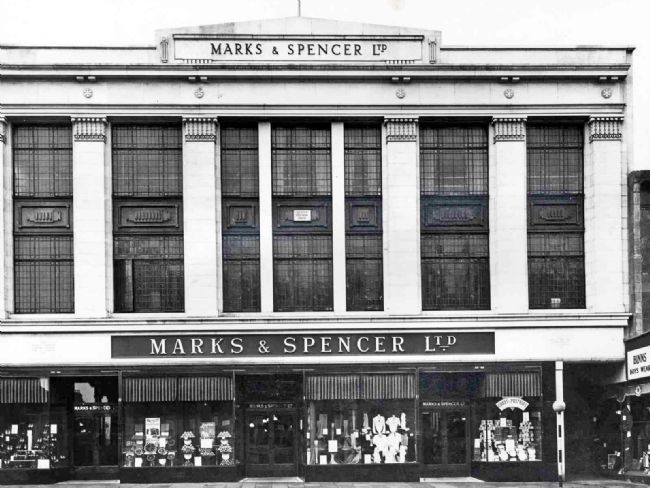 M&S Carlisle 1935
The was a huge amount of activity in store development and renovation during the 1960s. In St Michael News, December 1960, Simon Marks said:
'We are continuing to transform our stores into fine modern shopping centres. Many of you have seen how your own store has changed in character and appearance. The greater selling area now available has enabled us to display a more extensive variety of ST. MICHAEL goods. I know that you are as glad as I am to note the speedy reaction of the public; how they have welcomed these impressive changes which make shopping so comfortable and agreeable. In our rebuilding plans we naturally take into account your comfort and well-being by the provision of new and delightful staff quarters, which I hope give you pleasure.'

In October 1968 alone, three new stores opened at Crawley, Hamilton and Tooting, and 17 other stores were extended and renovated. The video made in 1968 of the M&S Tooting store shows how much the stores had changed since 1884.

Paintings and the Use of the Colour Gold