During the years between the two World Wars M&S transformed from Penny Bazaar to department store. Customers were still welcomed into stores and encouraged to browse and inspect goods before they purchased, but now they were greeted by polished wooden floors and gleaming counters crammed with items. These new 'superstores' were a whole new concept in shopping. Some of the household goods were cut out and replaced by clothing and foods, a gradual changeover which continued through the 1930s. 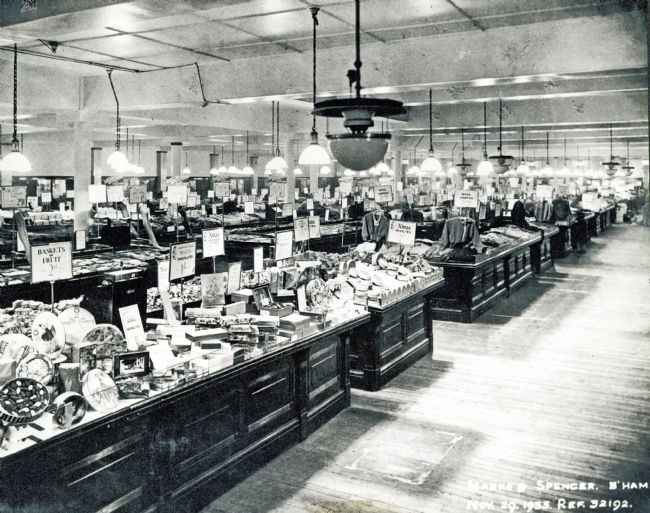 Birmingham M&S Department Store 1933
The inside of a store would have looked very different from today - lit by gas lamps and with wooden floors, which had to be coated in linseed oil every week (the oil was essential to protect and preserve the wood, helping the floor to last longer and keeping it clean and smart). 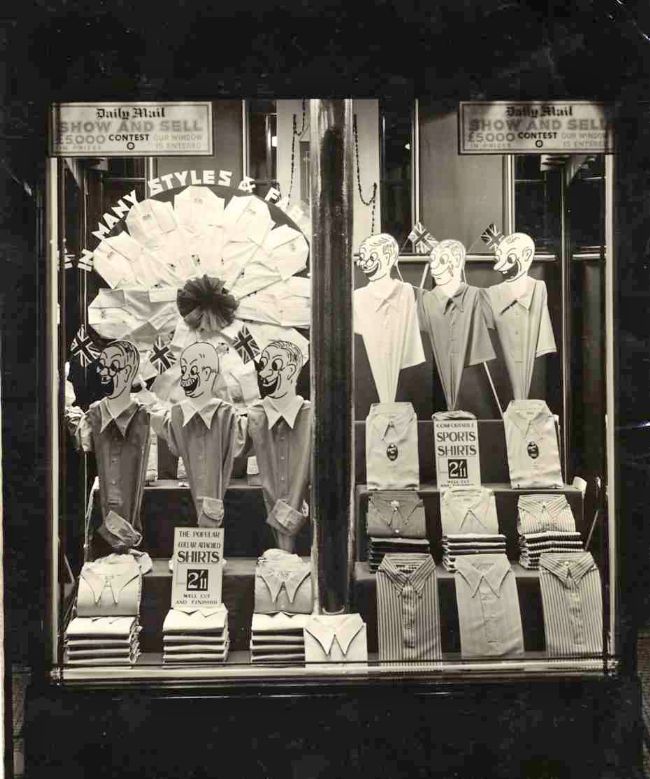 M&S Menswear Window 1937
The importance of having merchandise well displayed was understood, resulting in very grand window arrangements. The new style stores had wider counters and Art Deco styling. The aim was to make shopping a more enjoyable and aspirational activity. 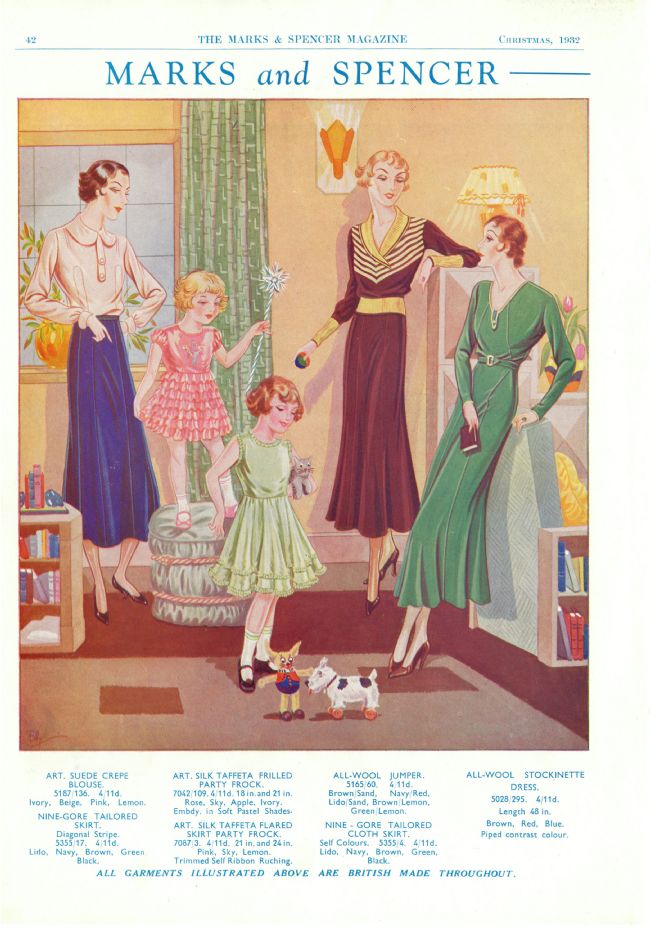 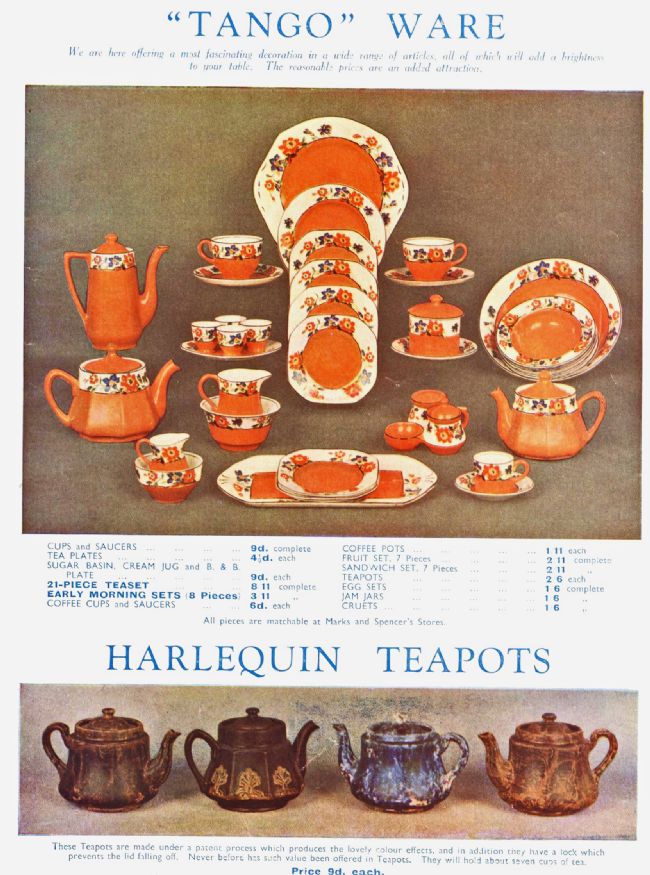 What else was happening in the world in 1933?

Art Deco -  a style of architecture, interior design and jewellery most popular in the 1930s that used geometric designs, bold colours and outlines
Aspirational -  being ambitious and desiring success
Bazaar - market, souk, marketplace
Boycott - reject, shun, stay away from
Decimalisation - change over from old British money to a system based on units of 10
Haberdasher - a person who sells small articles for sewing such as buttons, ribbons, zips, and needles
Innovation - original, modern, novelty
Merchandise -  goods, products, stock
Window dressing - what is known today as visual merchandising, making window displays attractive to customers