Flora Solomon was awarded an OBE in 1946 in recognition of her work to tackle social hardship and poverty. As 'the Lady of the Ladle', Flora was the driving force behind the government-sponsored British Restaurant system, which grew out of the M&S Café Bar model and provided cheap, hot and nourishing meals for people during the War. 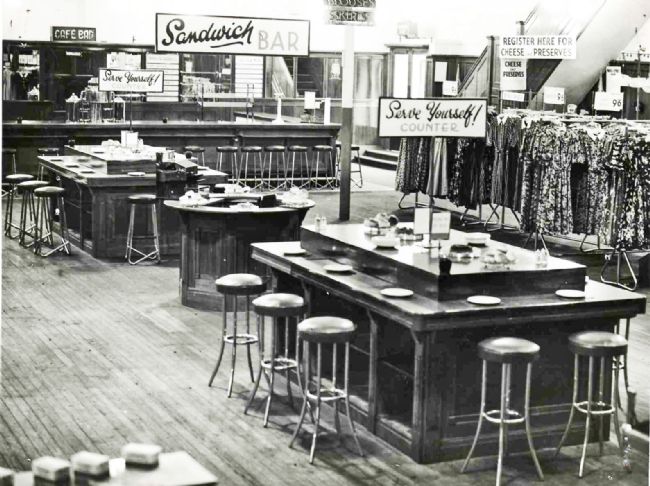 She helped to distribute food around areas – both in London and nationally – that had been damaged by enemy action; feeding the local population, emergency workers and staff from local businesses that had been bombed.

Flora Solomon had this to say on Café Bars:

'One of the weapons of war surely was a good, hot, midday meal. Then why did we have to work at Marks & Spencer to qualify for it? Didn’t the entire home front deserve one?'