In 1924 Simon Marks sailed to America. He'd realised that if the Company was to survive in an increasingly competitive market he would have to make some changes. When he returned he put three major new ideas into practice immediately. 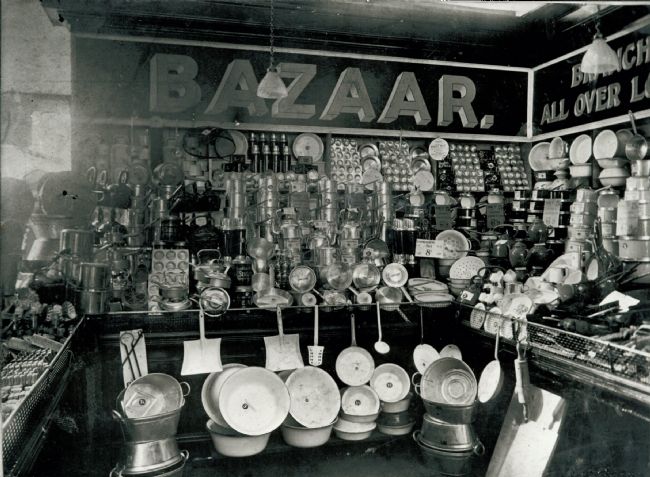 M&S Eastbourne 1924
First, he re-introduced the pricing policy his father had pioneered - but this time everything was 5 shillings or less. Second, Simon wanted larger stores - this would mean more customers, and more space to display merchandise. Thirdly, he introduced 'The Checking List System'. This was a new way of recording stock and sales and allowed information to be gathered much more quickly. So the Penny Bazaars gave way to the M&S superstores. 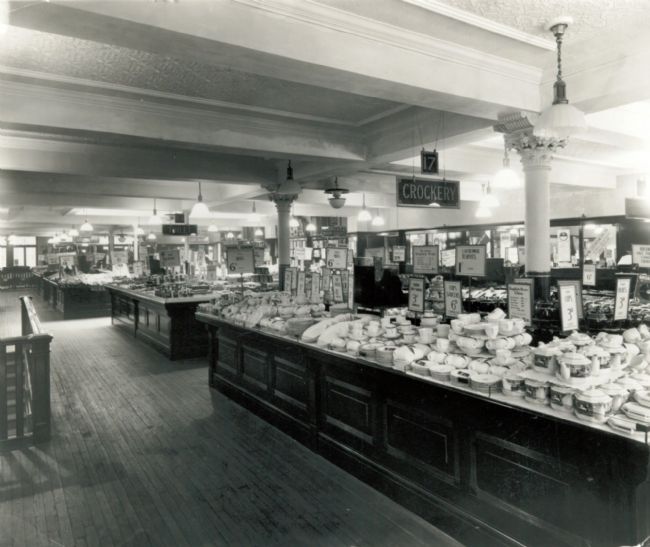 M&S Bradford 1930
By 1935, window displays (like the Carlisle Store below) reflected how clothing and food had become the main products for sale at M&S. Simon made sure that all goods were high quality and reasonably priced, and wanted to make excellent value products available to the general public. 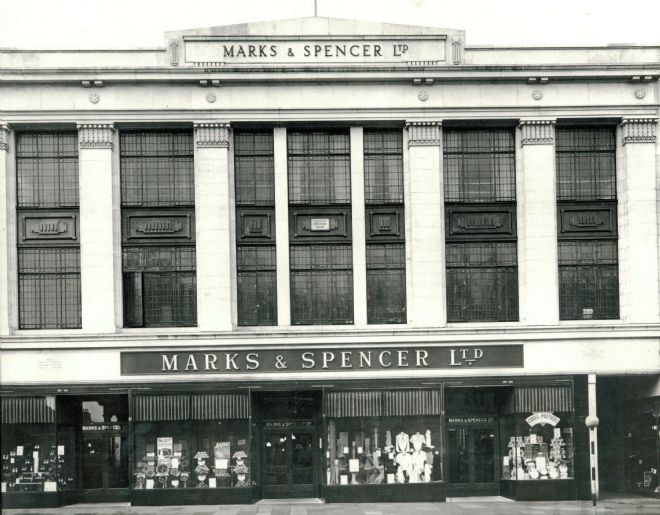 In order to do this he had to find a way of reducing prices. Dealing directly with the manufacturers proved to be the answer. Instead of buying goods from a wholesaler, Simon went straight to the factory.

It was difficult to persuade the manufacturers at first, but once they saw their profits increase there was no going back. The first order was for 1,000 dozen men's socks, and as other products followed under the St Michael brand it was clear that through innovative thinking and determination Simon would achieve his goal.

Merchandise - goods to be bought and sold
Wholesaler - person or company that buys large quantities of goods from various producers, stores them in a warehouse and re-sells them to retail shops
Next section

Achievements and Impact on British Retailing