Achievements and Impact on British Retailing

Driven by a sense of duty and reponsibility, Simon made sure that M&S contributed everything possible to the war effort from 1939. Employees took on new roles as ARP wardens, staffed soup kitchens and raised funds to buy a Spitfire and an ambulance. Despite having a country house in Windsor - away from the air raids on central London, Simon and his wife Miriam moved into the centre of the city to be closer to the business and his other public duties. They lived in the Dorchester Hotel from 1941. 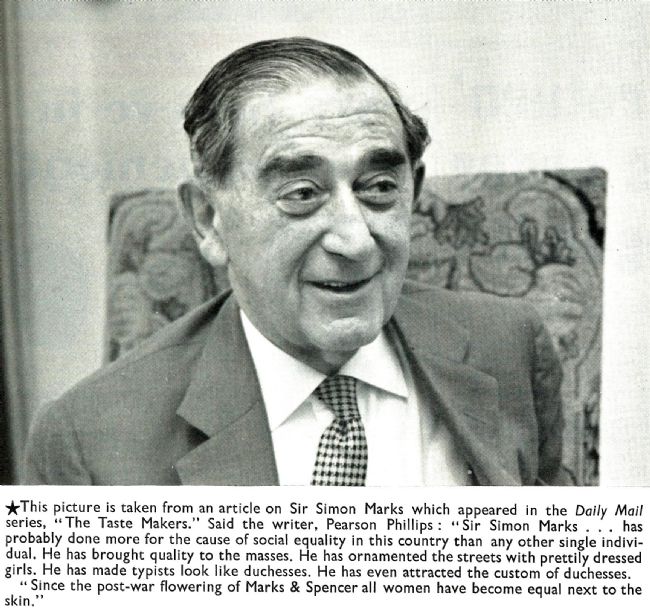 St Michael News, December 1960
Simon was a very active citizen, he took on many public appointments throughout his life; from committee member on a group looking at the reorganisation of the egg and poultry industry to advising the Petroleum Warfare Department during the Second World War. As a result of his hard work he was awarded a knighthood in 1944, becoming Sir Marks, and then a peerage in 1961 as Lord Marks of Broughton.

St Michael News 1961
These articles demonstrate the impact that Simon had on British retailing, the personal qualities that helped him succeed and list his achievements outside of M&S. 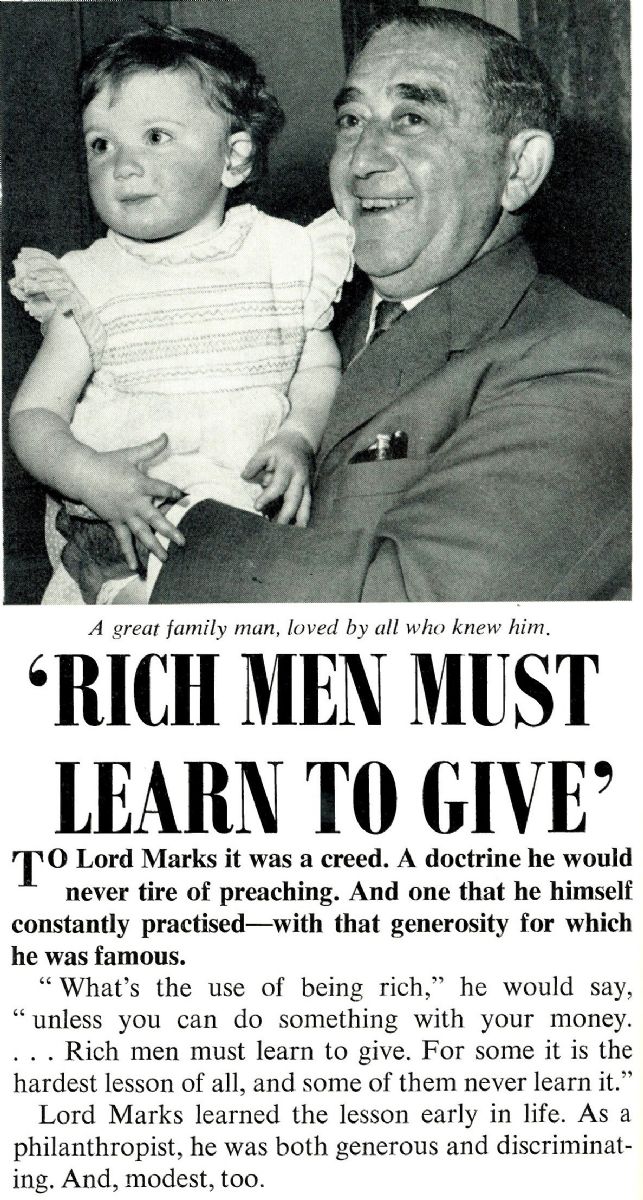 Commemorating  - remembering and showing respect for something or someone
Peerage - the body of titled nobility in Britain, such as duke, marquess, earl, viscount and baron
Next section