In 1875 Millicent co-founded Newnham College, a female only college at the University of Cambridge, to provide a place where women could go and study subjects to degree level. Her husband Henry died in 1884 and Millicent was distraught. She took a year off from her campaigns to mourn.

When she returned to public life, she continued to organise protests and meetings to highlight the inequalities that women faced. 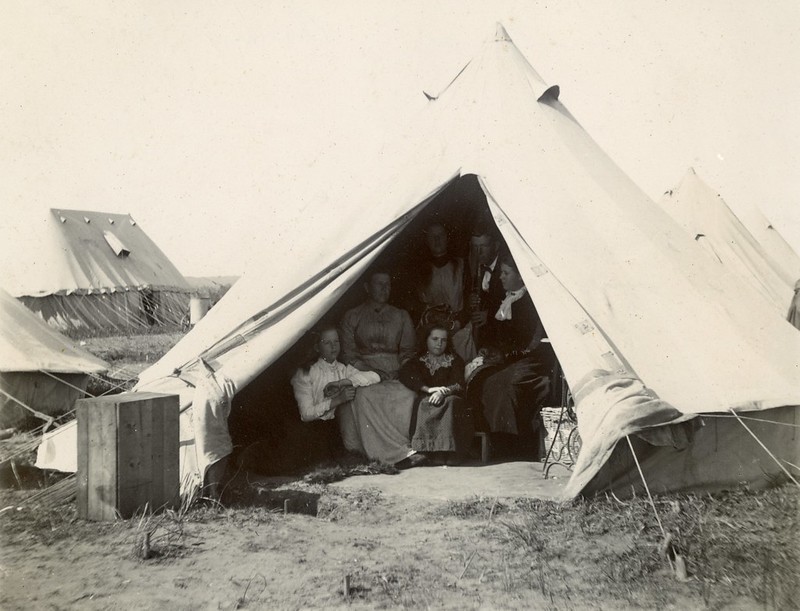 Millicent worked on official inquiries too. In 1901 she visited South Africa and reported on the concentration camps that housed Boer (Dutch speaking South Africans) families. These families - mainly women and children - were seen as enemies by the British in the midst of the Boer War. Millicent was critical of the conditions in the camps run by the British and the way these civilians - non-military people - were treated.

Suffrage means the right to vote in political elections. After the 1866 petition from women for the right to vote, different organisations had been formed to campaign for this right. In October 1897, the National Union of Women’s Suffrage Societies (NUWSS) was founded to coordinate the activities of these numerous suffrage societies.

The NUWSS was a democratic organisation, i.e. all the societies had a say in the decisions made, and Millicent Garrett Fawcett was elected its leader.

The demonstrations and marches of the NUWSS, such as those in 1907 and 1908, attracted much press and public attention. Artist Mary Lowndes designed banners for the Artists’ Suffrage League to be used by suffrage societies in a huge procession in London on 13 June 1908. 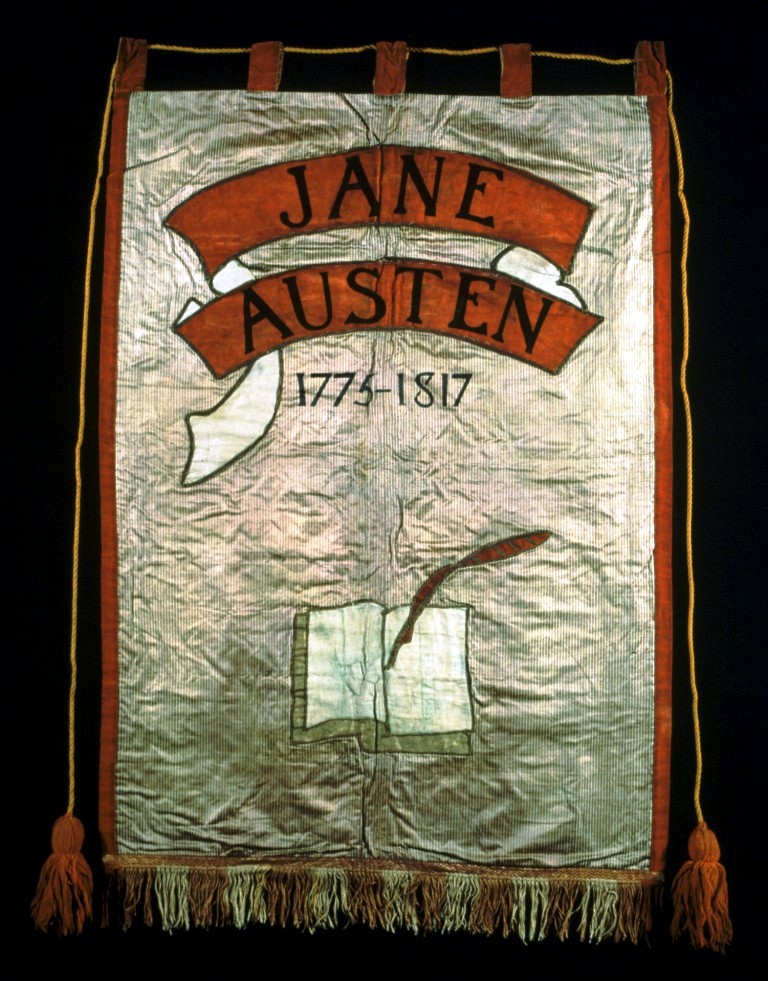 This banner celebrating the writer Jane Austen was one of many that commemorated famous female achievers. The banners were eye catching and attracted attention. Banners were also made by local groups and taken to marches all over the country. 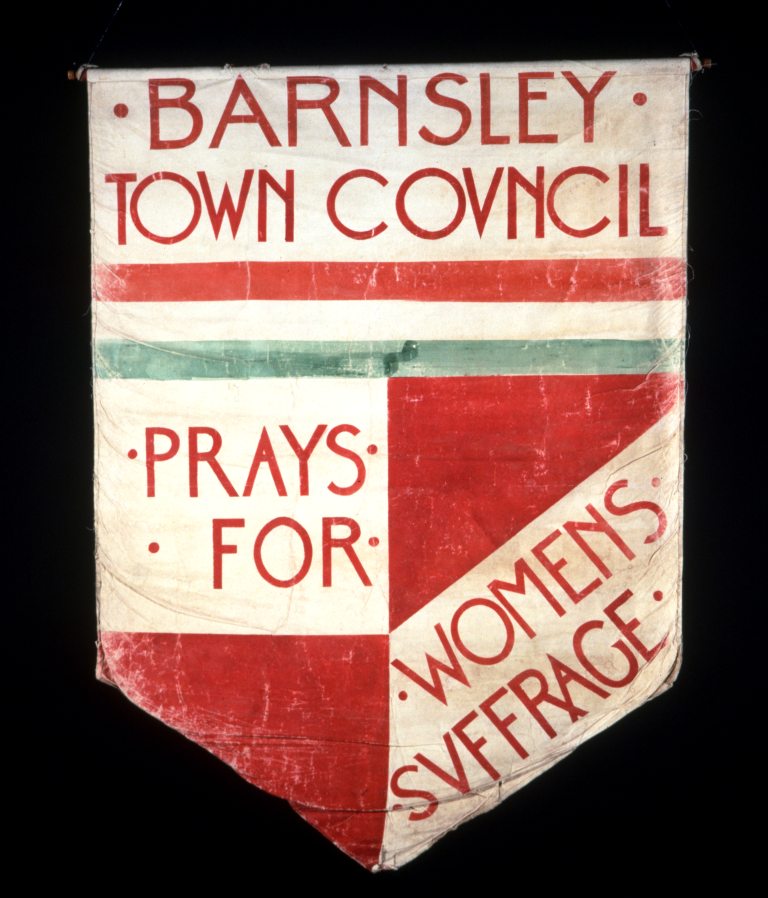 The NUWSS was the largest group of campaigners for women’s suffrage. In 1913 it had 50,000 members.

At first all campaigners for female suffrage were known as suffragists. The suffragettes - a derisive nickname coined by the Daily Mail in 1906 - referred to members of the women-only group, the Women’s Social and Political Union (WSPU). This had been founded in 1903 and was led by Emmeline Pankhurst. They became the best-known group of suffrage activists. 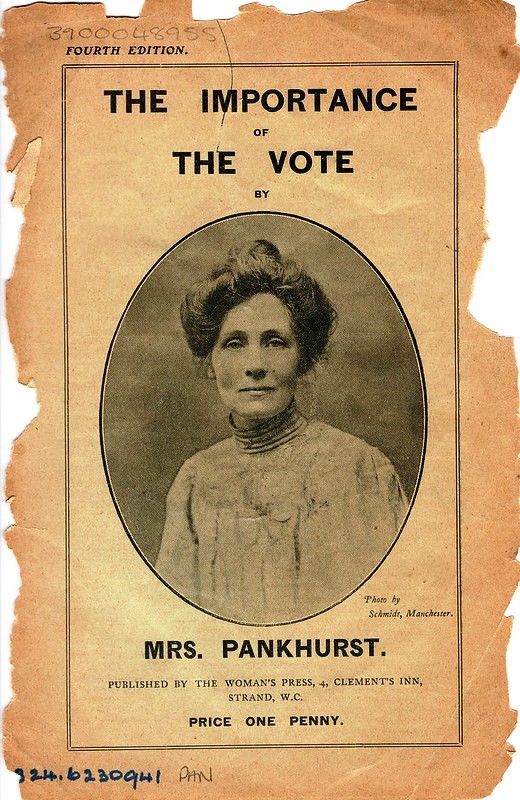 The WSPU carried out a form of protest known as direct action - from heckling at meetings, chalking pavements to marching on Parliament. 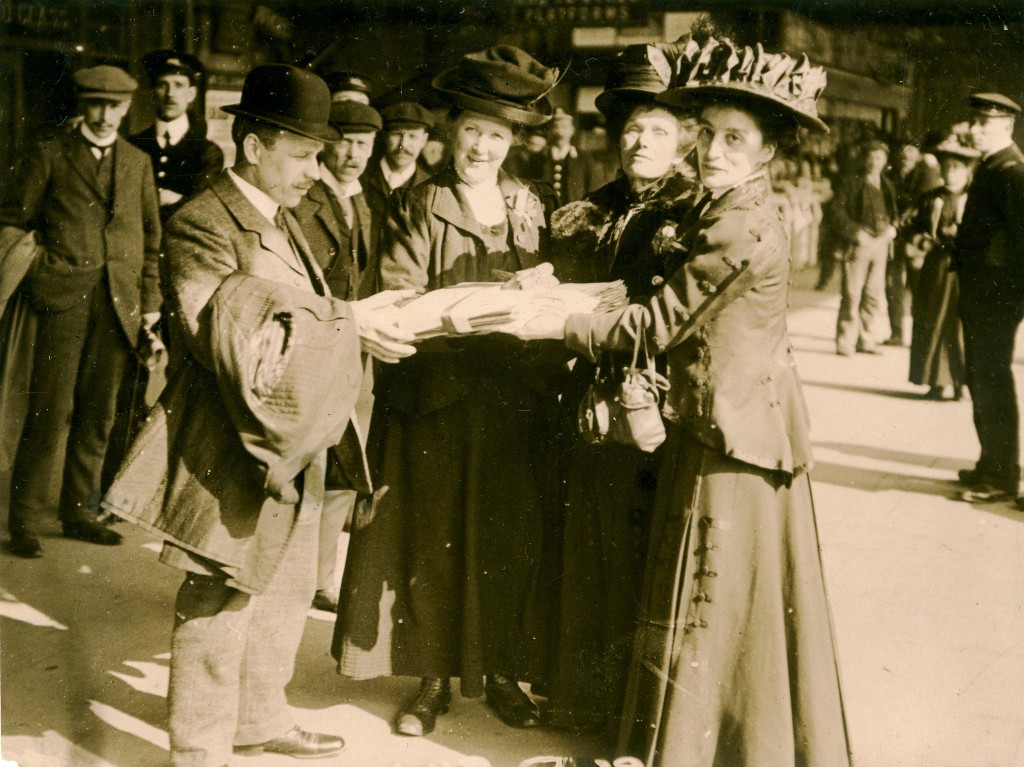 The ‘deeds not words’ of the Women’s Social and Political Union (WSPU) became a problem for Millicent, both politically and personally. Her sister Elizabeth Garrett Anderson and niece Louisa Garrett Anderson were members of the WSPU. Although Millicent never denounced the actions of the WSPU in public, she wrote to Elizabeth about her misgivings about the violent methods they were using. 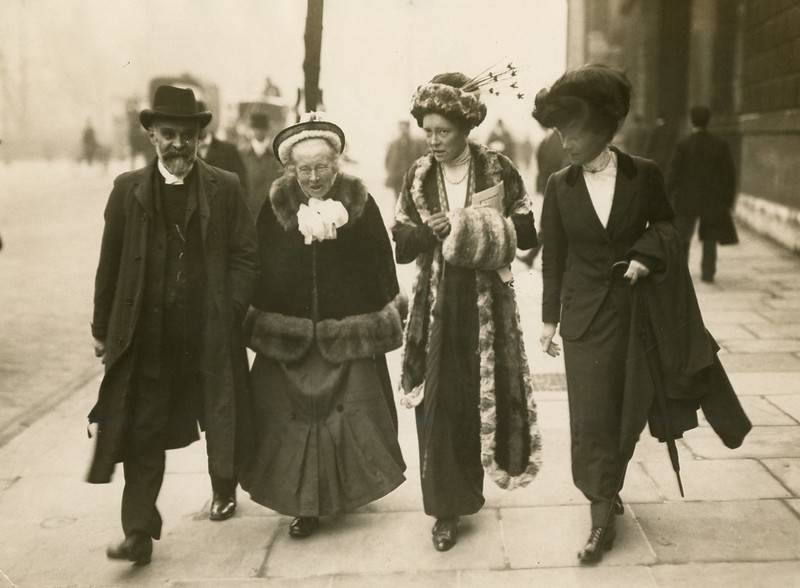 In 1912 suffragettes escalated their actions to damaging property, arson and a bombing campaign. Elizabeth Garrett Anderson left the WSPU due to the increased violence but her daughter Louisa - also a doctor - remained a member and was imprisoned and went on hunger strike.

In the midst of the violence by and against the suffragettes, Millicent helped organise a peaceful march by suffragists from all parts of the UK to a rally in London in July 1913. This was known as the Great Pilgrimage. 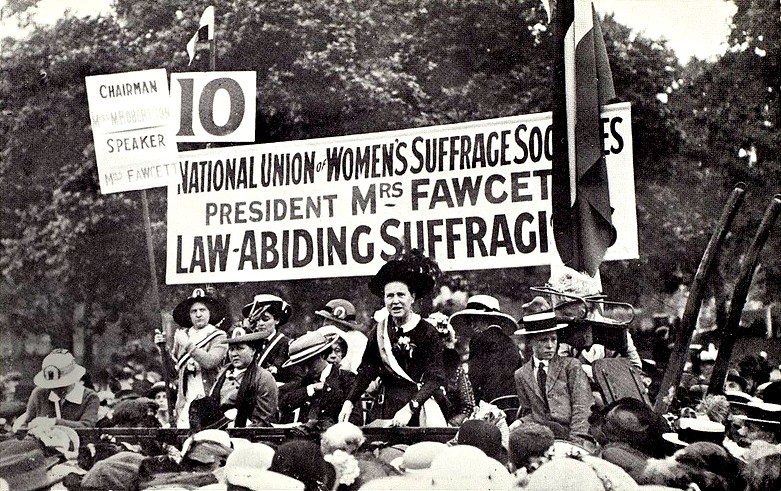 MP / Member of Parliament - someone who is elected by voters to work in Parliament and make decisions on how to run the country.

Politics - actions made by people in groups, usually about big decisions in how things should be done, e.g. around climate change.