The Long Campaign for Votes for Women
View resources Teachers notes Share
Add to board
Previous section
Education and the Vote: Political Campaigns

The First World War broke in August 1914. Both Millicent Fawcett and Emmeline Pankhurst stopped the campaign for votes for women and supported the government. Some members of the NUWSS did not support the War and left as Millicent was very patriotic and did not want pacifists - supporters of peace - in the organisation.

Millicent did make speeches in support of women’s organisations that were set up to help the war effort - whether the men wanted them to help or not!

One of these was the Scottish Women’s Hospitals, which was led by Dr Elsie Inglis, a leading suffragist, a doctor and friend of Millicent. The work of women - particularly those in hospitals - was used as another reason to show that women should be equal citizens and have a vote. 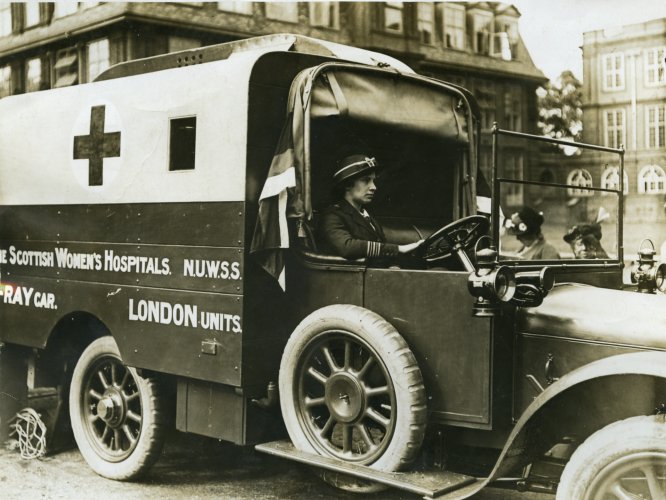 By late 1916, the government was considering electoral reform so that all men fighting in the War would have the vote. MPs could not agree how far the reform should go.

Millicent Garrett Fawcett lobbied parliament to ensure that women were not forgotten and led a group of women to meet Prime Minister David Lloyd George in March 1917.

Millicent Garrett Fawcett watched the House of Lords Committee debate about women’s suffrage on 10 January 1918. Later writing, that she was ‘intensely anxious’ but the ‘size of the majority’ in favour ‘was more than double what I had expected’.

Representation of the Peoples’ Act

Millicent continued to lobby MPs until the Representation of the People Act was passed on 6 February 1918. This gave the vote in parliamentary elections to all adult men (those aged over 21) and some women (those meeting a property qualification or university graduates) aged 30 and over. 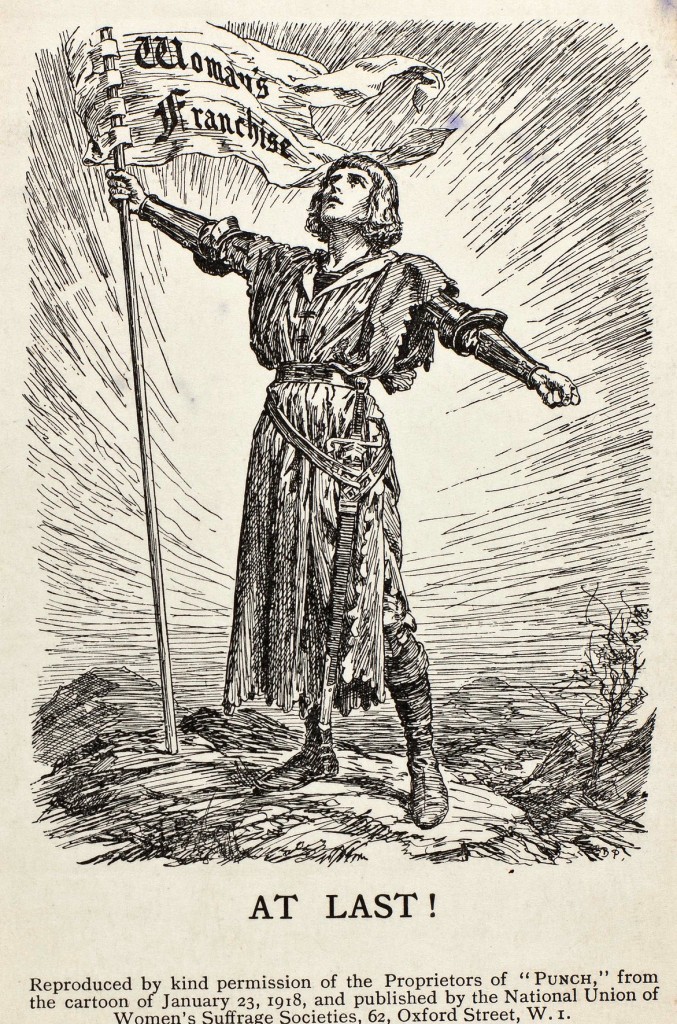 Only about 40 per cent of women had the vote but it was seen as a good result after decades of campaigning and following the work women were doing in the War. The War ended on 11 November 1918.

In 1919, Millicent led a delegation of women to the peace talks in Paris to make sure women’s voices were heard. She retired from leading the suffragists the same year, though the campaign continued for women to get the vote on an equal basis to men.

In the 1920s, she travelled several times to Israel and Jordan (then known as Palestine) and went with her sister to Sri Lanka (then known as Ceylon). Millicent still assisted with the campaign for all women to get the vote and other reforms around marriage and protecting girls from abuse. 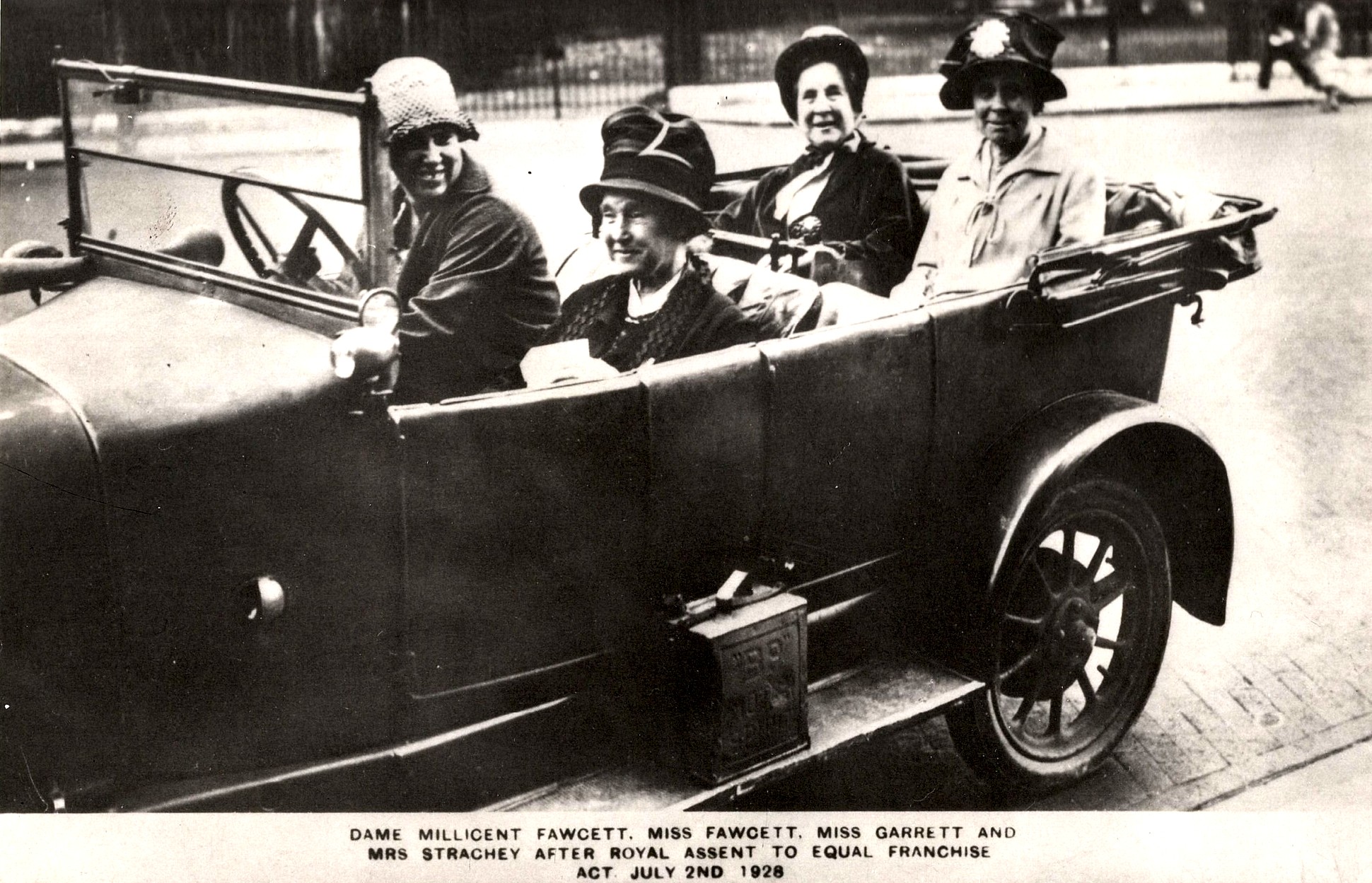 Millicent Garrett Fawcett lived to see the Equal Franchise Act pass in Parliament in 1928, which gave all women over the age of 21, the vote. She died the following year, a few months after the first General Election in which all women could vote equally. 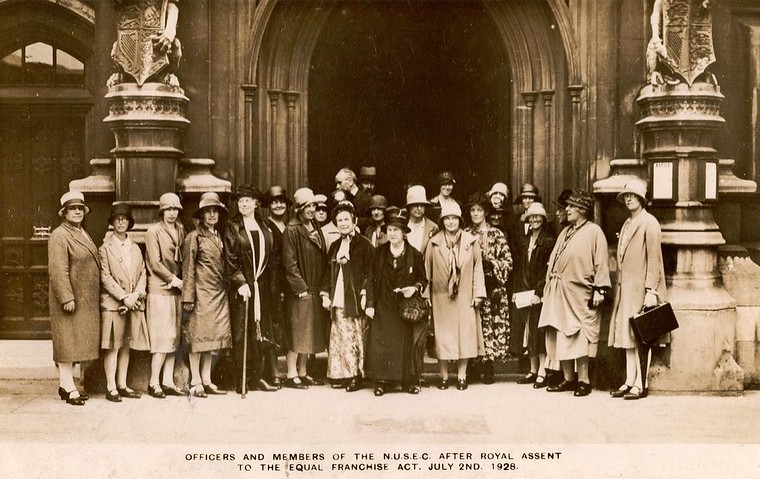 Above: Officers and members of National Union of Societies for Equal Citizenship after Royal Assent to the Equal Franchise Act on 2 July 1928. Millicent Garrett Fawcett is at the centre.

Equal - people having the same rights and chances to do things.