Aethel: A Woman of Substance

We do not know this Anglo-Saxon woman's name but we will call her Aethel. She lived in a wooden house near the river at Fishergate in York around AD 700. York Archaeological Trust found several houses there which were part of the Anglo-Saxon town then called 'Eoforwic'. A ditch around the houses kept the animals from wandering.

Aethel was an important person in her household. Her many duties included teaching the children, growing and preparing food and helping to mind the cattle kept in the fields around the settlement. She would have held the keys to boxes and chests where valuables were kept safe. Archaeologists found her keys in a bunch known as a 'chatelaine'. They also found glass and precious beads and jewellery. A fragment of a fine bone knife handle with an animal biting the back leg of the one in front, might also have belonged to her.

The keys were an important symbol of the position of a woman in a household and were often buried with their owners when they died. Perhaps Aethel’s grave had been nearby and had been later disturbed. 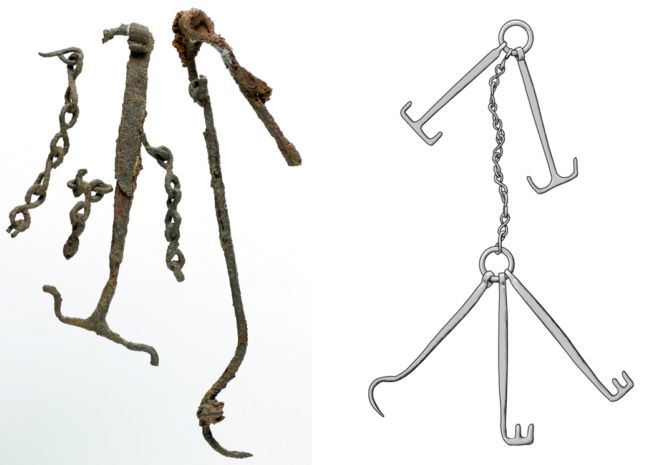 An early poem by Alcuin describes Anglo-Saxon York as

'a merchant-town of land and sea... a haven for the ships from distant ports.'

These few objects are the evidence archaeologists use to prove this. The green emerald bead pictured below, for example, probably came originally from Egypt and the tiny garnet from Bohemia or possibly even from India - though both passed through many hands to reach Aethel in York. 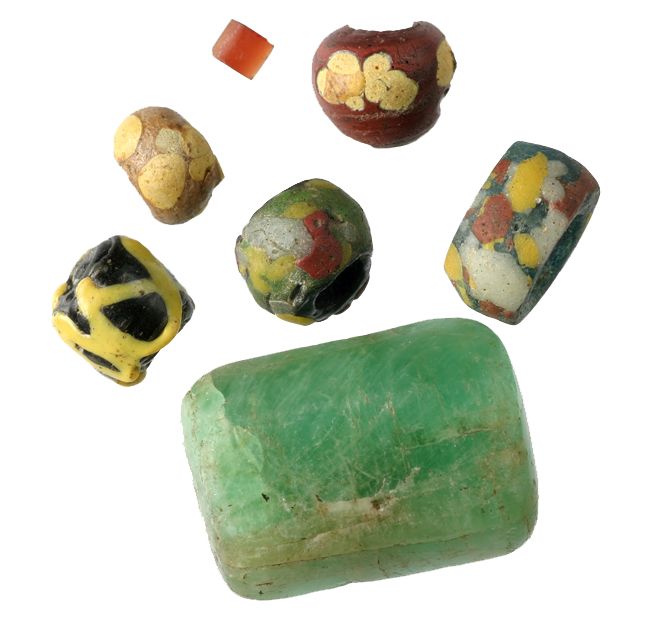 Broken pieces of pottery made in Europe were found amongst the Fishergate houses. Even the style of decoration on the knife handle began in Scandinavia before becoming popular in Anglo-Saxon England.

Foreign traders who moored their ships along York's riverbanks brought not only coins and things to sell, but also spread their ideas and fashions through the growing town. Sometimes fights broke out - we know that a Northumbrian prince was killed by a Frisian merchant and all the Frisian merchants left York, in fear of their lives.