One afternoon in the summer of 1982 a construction worker hit a round metal object with his digger and stopped. He took one look and went for help. Later that evening after hours of careful excavation an amazing Anglo-Saxon helmet had been found. 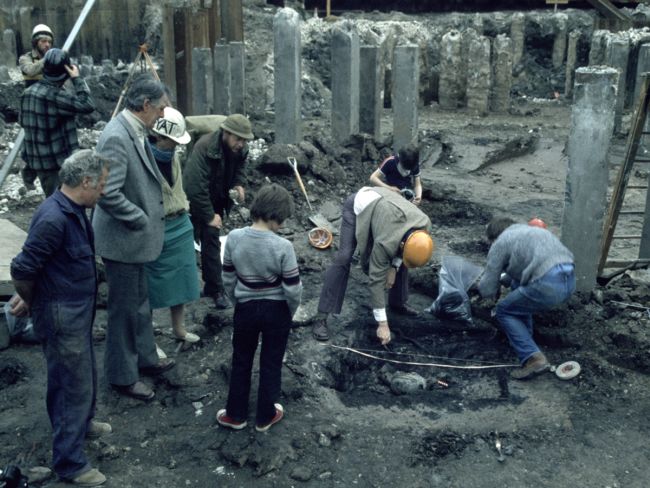 How was the Helmet Lost?

Here is one idea as to how it might have happened:

Late one evening, as the noise of fighting in the city grew closer, a hunched figure spread the last bit of soil and rubbish across the opening of a small well and hurried off. He muttered 'It's safe now' - he'd be back for it when things had quietened down. As he turned down a dark alley he froze, hearing soft footsteps. He fell to the ground. He never even saw the blow which killed him.....

The helmet had been carefully buried with the chain mail neckguard folded inside as if someone expected to return for it - but it was never recovered until the digger driver caught the edge of it. The helmet belonged to an Anglo-Saxon called Oshere. The writing on the brass strips on the crest of the helmet is a prayer for the protection of the wearer:

'In the name of our Lord Jesus Christ, the Holy Spirit, God; and to all we say Amen. Oshere'. 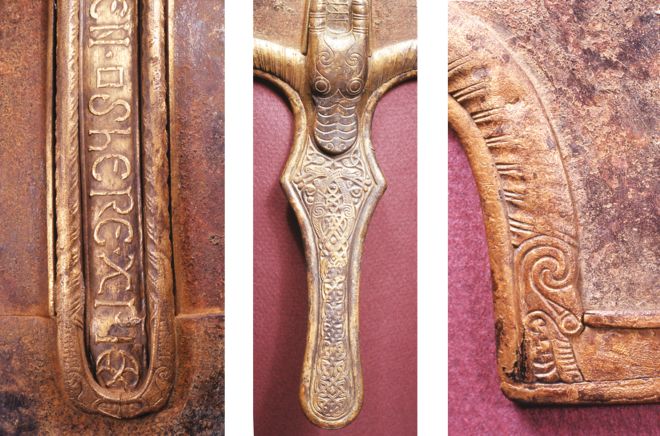 The helmet itself was probably made around AD 750-775 and is a copy of Roman guard helmets of more than three hundred years earlier. There are similar ones in Sweden and four others have been found in pagan Anglo-Saxon burials in England. The most famous is that found at Sutton Hoo which is 150 years earlier. We know that the owner of this one was a Christian because of the prayer.

Such a fine helmet must have belonged to an important warrior, perhaps a prince. Only someone wealthy could afford to order a skilled craftsman to make such a beautiful object. This craftsman depicted animals and scroll-like patterns in a way which was popular in England, Scotland and Ireland at the time. 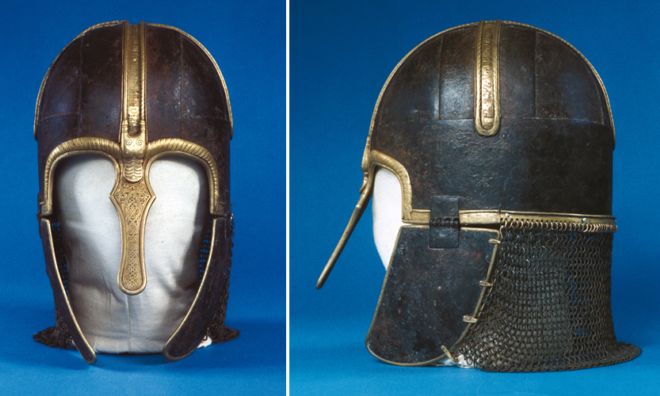 But who was Oshere?

Old documents cannot solve this for us. These were turbulent times in York and many different families ruled for short periods. In the 130 years between 737 and 867 BCE there were 13 different kings ruling Northumbria from York. They didn't do too well, this is what happened to some of them:

How would you solve the mystery of the missing prince?