Alcuin was a great Anglo-Saxon scholar and a teacher who made York famous throughout Europe. He was born in 735 and went to school in York at the cathedral school. He stayed on as a teacher and became headmaster in 778.

Whilst in York, Alcuin helped build up an important library. It became famous throughout Europe. Books then were very rare and expensive as everything had to be copied and illustrated by hand.

Alcuin's fame spread. In 781, the Emperor Charlemagne, the most powerful ruler in Europe, invited him to Aachen (now in Germany). Charlemagne had a great interest in scholarship and learning. He was so impressed with Alcuin that he made him the head of his Palace School at Aachen and asked him to teach his two sons. Later Alcuin became the Abbot of a monastery at Tours where he died in 804. While he was there some of the rare books from the library in York were brought to St Martin's Abbey in Tours. 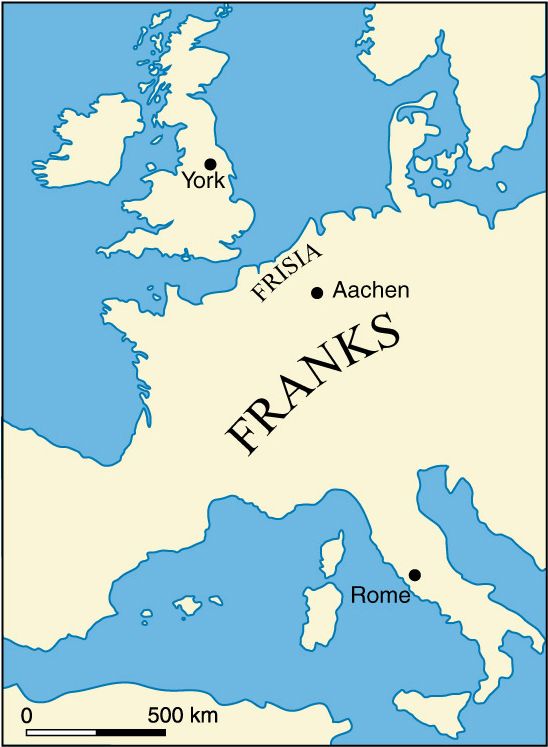 Alcuin made Anglo-Saxon York even more famous as a centre of learning at a time when the city was becoming an international trade centre. Ships brought cargoes up the River Ouse from all over Europe. Alcuin describes this in his famous poem called 'On the saints of the Church of York', a remarkable description of the city as it was over 1200 years ago. The poem is reproduced below:

....My heart is set to praise my home

And briefly tell the ancient cradling

Of York's famed city through the charms of verse.

It was a Roman army built it first ,

High-walled and towered, and made the native tribes

Of Britain allied partners in the task –

For then a prosperous Britain rightly bore

The rule of Rome whose sceptre ruled the world –

To be a merchant-town of land and sea,

A mighty stonghold for their governors,

An Empire's pride and terror to its foes,

A haven for the ships from distant ports

Across the ocean, where the sailor hastes

To cast his rope ashore and stay to rest.

The city is watered by the fish-rich Ouse

Which flows past flowery plains on every side;

And hills and forests beautify the earth

And make a lovely dwelling-place, whose health

And richness soon will fill it full of men.

The best of realms and people round came there

In hope of gain, to seek in that rich earth

For riches, there to make both home and gain. 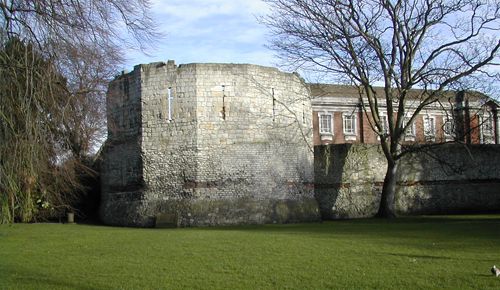 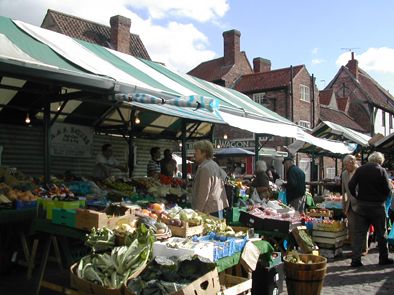 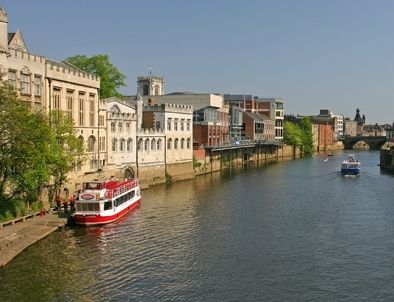 Boats on the River Ouse
Next section

Where Did the Anglo-Saxons Settle?