Where Did the Anglo-Saxons Settle?

The following are all Anglo-Saxon street names that can be found today in York:

Aldwark -  'the old fortification' - a reference to the Roman walls - follows approximately the line of the intervallum road and becomes a parish boundary for pre-conquest churches.

Bretgate -  'street of the Britons' - ie a recognisable community in the city at the time they were called that by the Anglo-Scandinavians. Another 'lost' Bretgate led off Walmgate.

Patrick pool - Pol is OE (Old English) - was this a pool caused by a break in the drainage system or the nearby pool of the bathhouse or the fortress wall ditch? 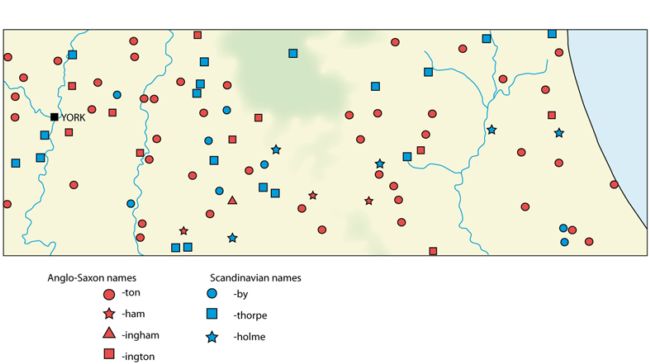