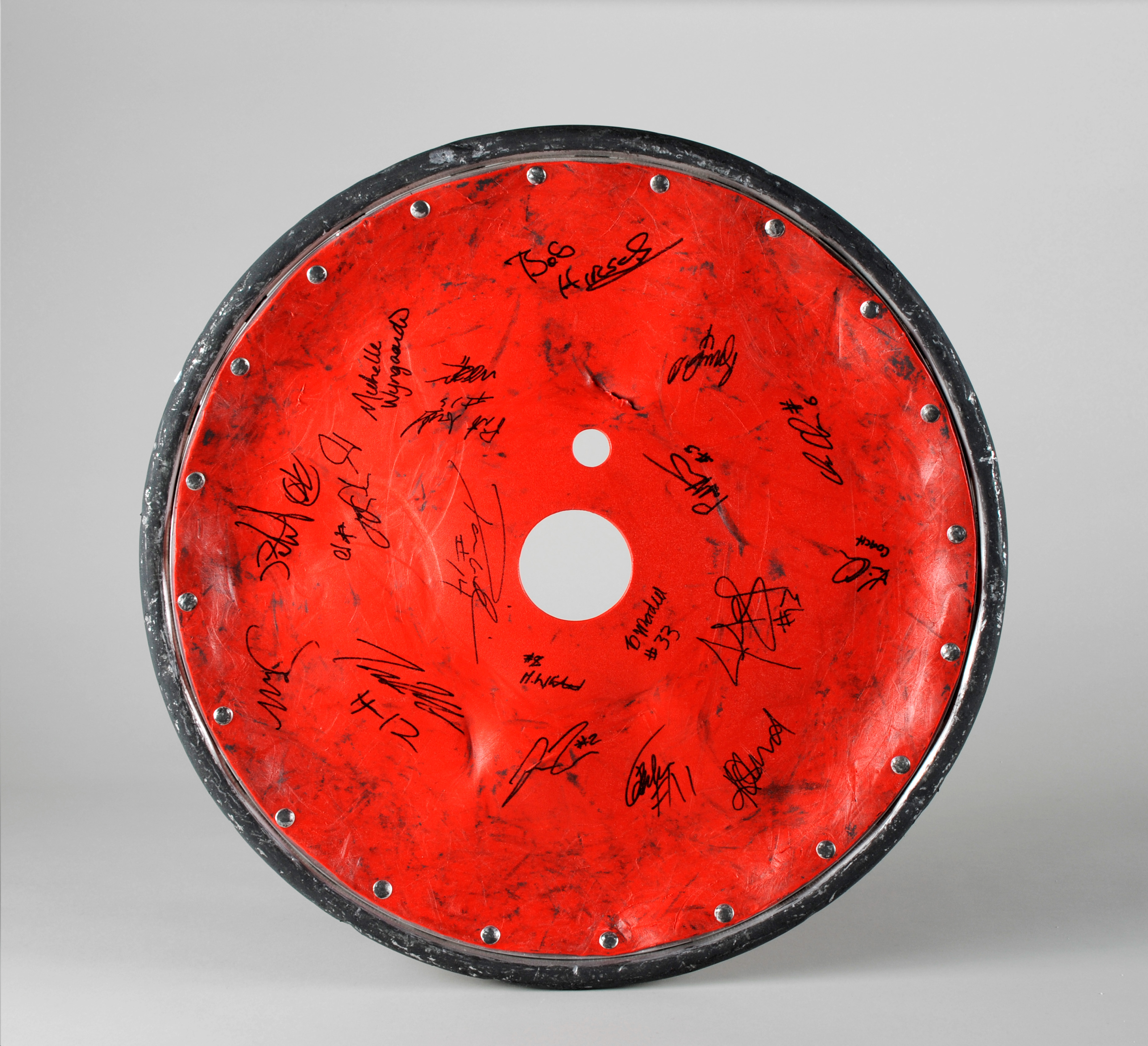 This large red plastic disc bolted onto a carbon alloy ring is the signed wheel of a chair that was used by a member of the Canadian wheelchair rugby team in the London 2012 Paralympic Games. The disc has a large hole in the middle with a smaller hole 30mm from that. Next to the smaller hole is a rip of about 40mm, and the whole wheel is covered in dents, which gives a real idea of how aggressive the sport is. On the wheel there are also the 18 signatures of the Canadian wheelchair rugby team in black ink.

What is Wheelchair Rugby?

Wheelchair Rugby was created in 1977 by five Canadian wheelchair athletes, and the sport was first called 'Murderball'. These athletes thought that the popular sport of wheelchair basketball wasn’t very inclusive for people with quadriplegia because they would often be limited to supporting roles. The new sport of wheelchair rugby allows quadriplegic athletes with a range of functional abilities a wider variety of opportunities to play important roles in both the offensive and defensive passages of play.

The sport of murderball is a sport unlike most sports in that teams are made up of two teams of twelve athletes with four members of each team on the court at any one time. These on court teams are made up of both male and female athletes playing on the same team making it what is known as a mixed gender sport. This aspect of the rules makes murderball an interesting sport because almost all modern sports, such as football, separate men and women or have a separate “mixed” category such as tennis.

The rules of murderball are that the four athletes on the court at any one time cannot have a combined points total higher than 8.0. The maximum team points total allowed however is increased by 0.5 for every female athlete on the court in international wheelchair rugby.

Quadriplegia - A disability that affects of all four limbs