An Arab Weaver by Armand Point

This Algerian oil painting shows a family sitting in an interior courtyard. This would have been a cooler place in which to relax and work.

An old man weaves the edging on some thick red cloth and a young woman winds wool onto a spindle.

They are watched by a child who is tending the coffee (or tea) and by another woman who splits a pomegranate. In the background, a figure is carrying a large bowl up some steps into an interior room. A lot of space is given to depicting the architecture and the painting has an elaborately carved calligraphic frame. 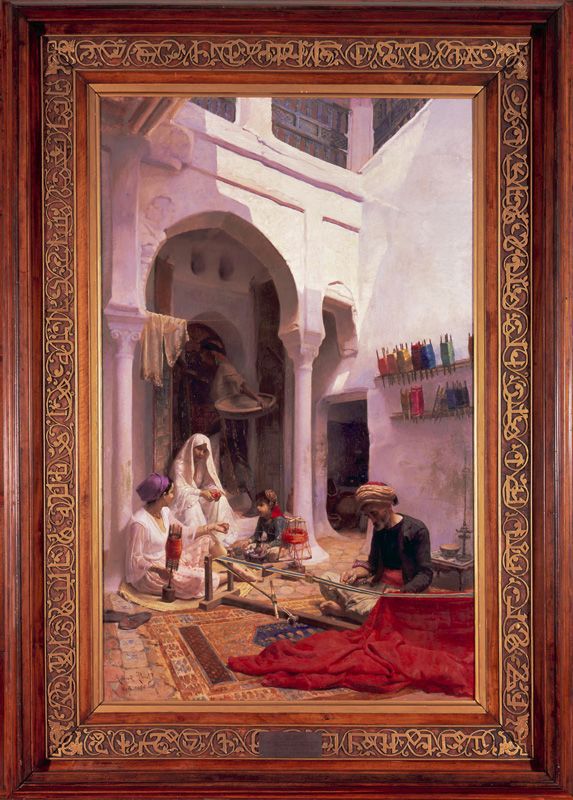 Armand Point was born in 1861 to a French family in Algeria, at the time a French colony. The family lived in the capital Algiers, which due to its large port was particularly rich in the architecture, beliefs and customs of the Arab world. Point was exceptionally gifted at drawing and painting, and he studied in Paris. However, he soon became homesick and returned to Algeria where he became the pupil of the prominent French artist Hippolyte Lazerges.

Poro is a secret society for men, who have responsibility for the political, religous and educational lives of their people. The Poro prepares men for leadership in the community, so they might attain wisdom, accept responsibility, and gain power. During the seven year initiation period, young men converse with each other using a secret language and passwords, known only to other Poro members. 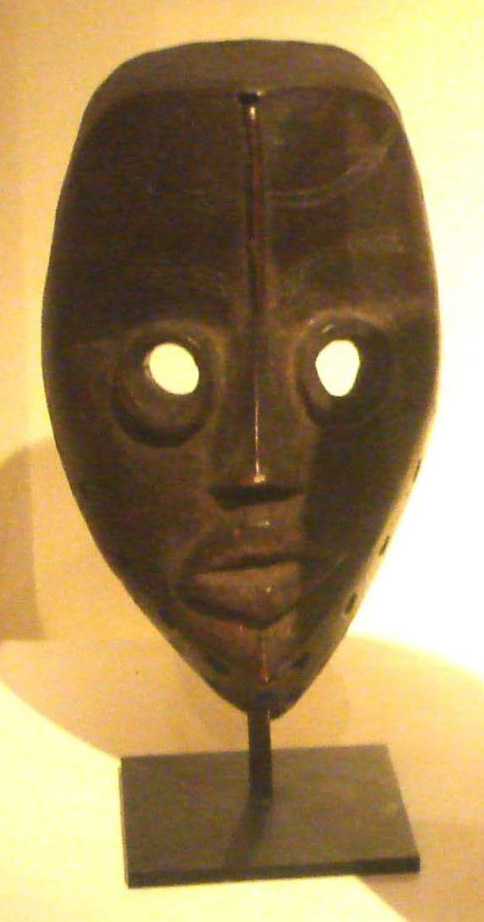 For the Dan people of Liberia and the Ivory Coast, these masks represent the meeting of two worlds: the ordered, controlled, human world of the village, and the chaotic, natural, spiritual world of the forest.

A young man is visited in a dream by a forest spirit and he carves a mask to depict that spirit.

The mask and the spirit will then protect him as he crosses between the two worlds. The mask shown was carved from wood in the 20th Century in Liberia.

Ivory carving is an old tradition in the Congo river and along the Loango coast regions. Full ivory tusk carving was most commonly done as part of the international trade in the 19th century. This tusk (made between 1880 and 1897 in Benin) though was part of an ancestral altar, telling the history of a family. This showed the power and success of the owner's family. The British army took the tusk when they invaded in 1897. 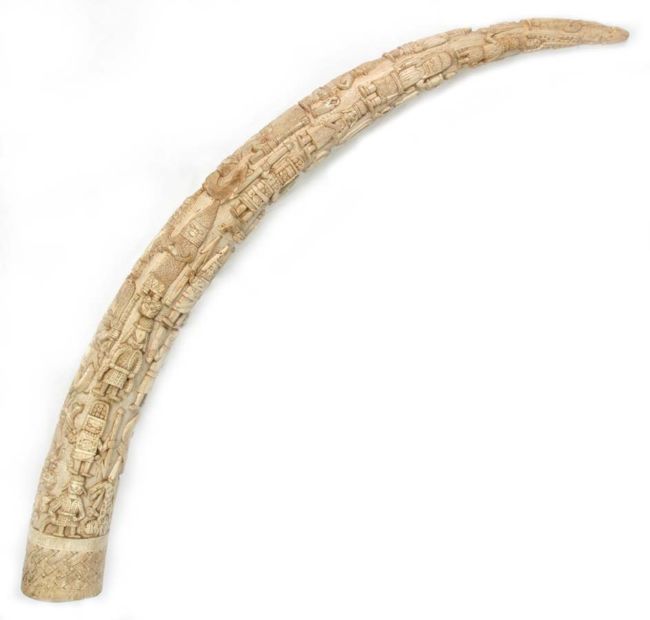