A shirt is a kind of second skin, suggesting the presence of its wearer. The original owners of these type of shirts (this one is made from fur and leather) earned the right to wear them through acts of great bravery, deeds that are recounted in their decoration.

Most of these men are no longer with us, but their spirits are present through these extraordinary, articles of clothing. 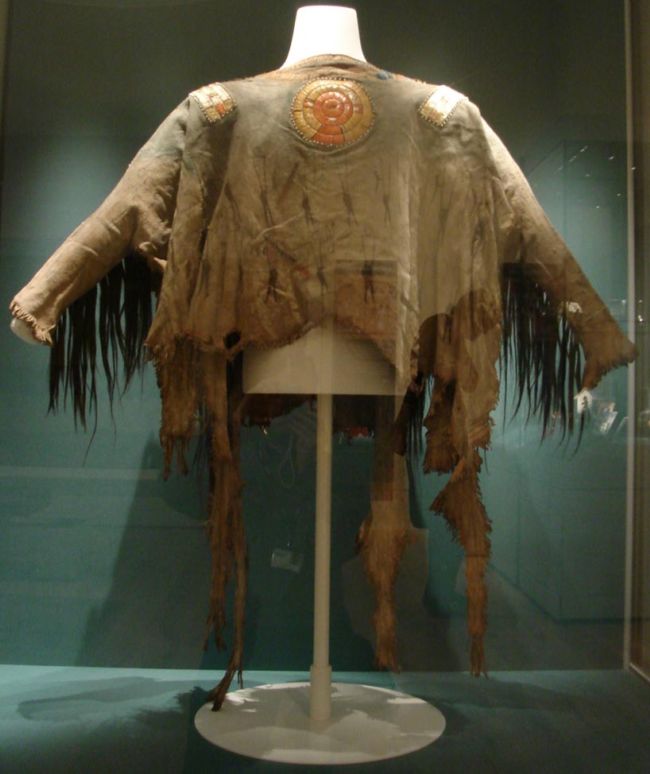 The North American First Nations shirt is treasured because it connects the lives of First Nation American's today with their ancestors. The shirt represented their forefathers' bravery and strength – it is believed that their spirits are still present through these objects.

This shirt is part of Museums Sheffield's collections.

Louis Comfort Tiffany (1848-1933) was an American artist and designer. He was the son of Charles Lewis Tiffany, who founded the jewellery and silverware store Tiffany & Co. (made famous in the Audrey Hepburn film 'Breakfast at Tiffany’s'). Louis Comfort Tiffany trained as a painter, but he is best known for his work with glass, like the vase shown, made around 1900. He designed stained glass windows, lamps, blown glass, ceramics and jewellery. In 1885, he founded the Tiffany Glass Company. 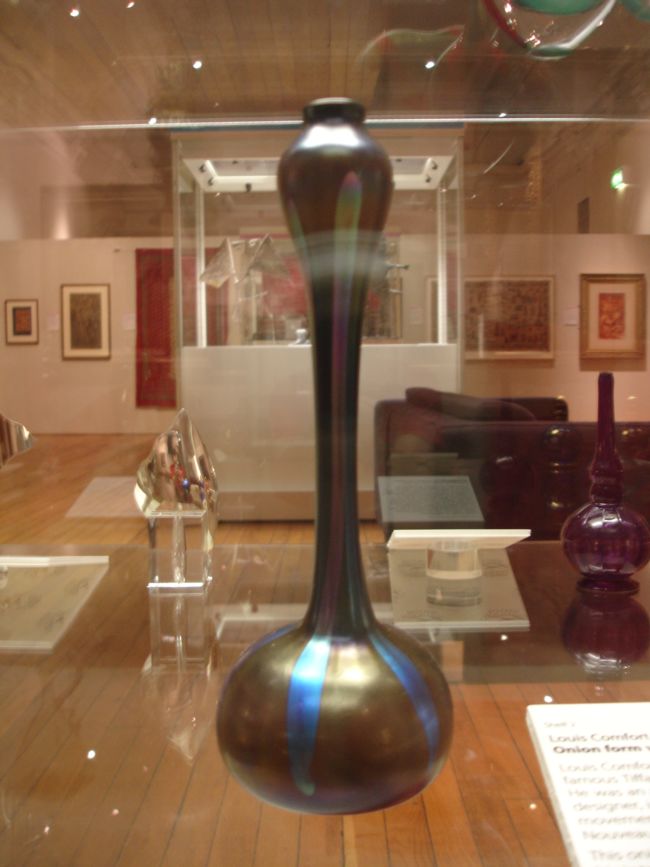 Tiffany’s work is often labelled Art Nouveau. This was a style of design, art and architecture that was internationally popular at the end of the 19th Century and the beginning of the 20th. Although incredibly varied, it was highly stylised and typically involved flowing lines and floral motifs.

Art Nouveau is French for 'new art' and artists such as Tiffany used modern technologies to help produce their work.

They also took inspiration from around the world. With the 'Onion Form Vase', Tiffany has been influenced by the Islamic art of Persia. The shape of the vase, reminds us of the domes and minarets in Islamic architecture.

This vase can currently be seen at Cartwright Hall Art Gallery, it currently on loan from the Haworth Art Gallery in Accrington

Andy Warhol (1928-1987) was a hugely influential American artist, who was associated with Pop Art in the 1960s. He studied commercial art in the state of Pennsylvania and had a successful career in magazine illustration and advertising in New York. Before devoting himself to making art out of popular culture. Warhol produced paintings, sculpture, prints, avant-garde films, pop music and album covers.

Although he was a quiet, shy and observant man, some of the most famous artists, actors, musicians and celebrities of the 1960s and ‘70s came to hang out at his studio 'The Factory'.

He once predicted that, in the future, everybody would be famous for 15 minutes.

'Marilyn' is a 1967 silkscreen print of Marilyn Monroe that has become almost as famous as the actress herself. With a team of assistants, the artist produced several versions of this iconic image – each coloured differently and then displayed together as a series. 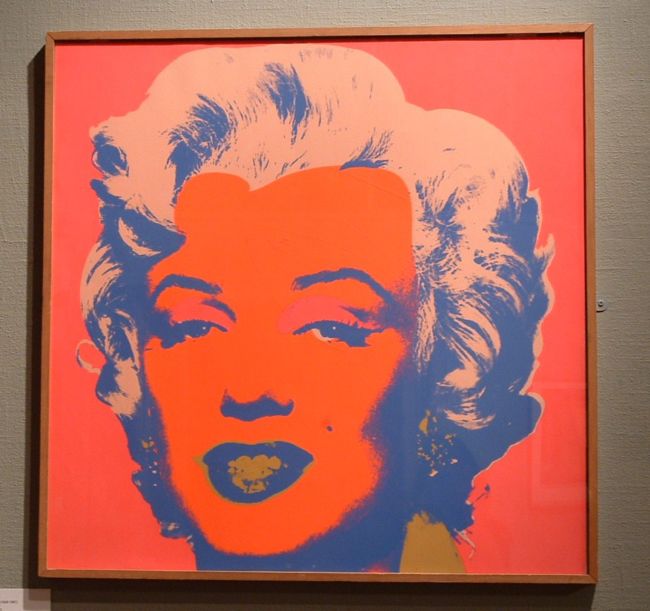 Warhol used this technique a great deal. He applied it to other celebrities such as Elvis Presley and to everyday items like Campbell’s Soup cans and Coca-Cola bottles. Using silkscreen printing, Warhol not only made art out of mass-produced objects, he also mass-produced art itself.