Figures were carved in bone and driftwood, or like this example, in walrus tusk. Some carvings were believed to have special powers. People felt that by wearing or carrying them they would keep away from evil spirits and disease. 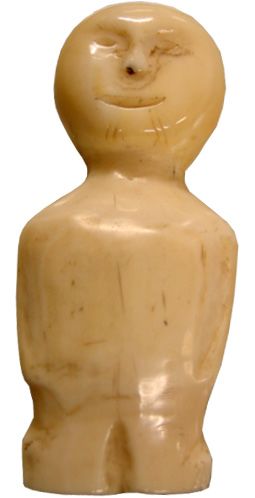 This amulet is part of Museums Sheffield's collections.

Snowy was born in the Arctic. She was captured and taken to Edinburgh Zoo. She died at the old age of 28 and arrived in the museum in 1986. 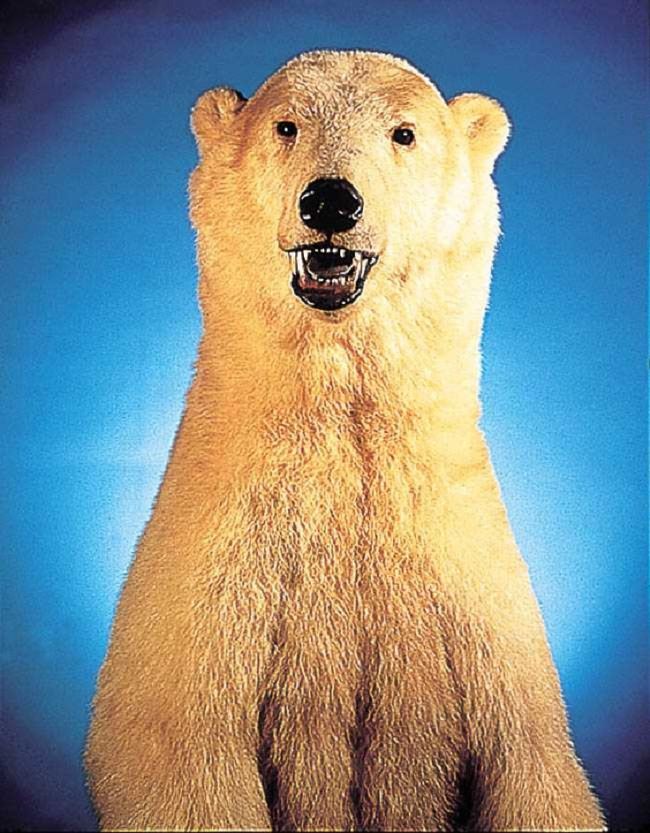 Polar bears are the biggest land carnivores in the world. Their main prey is seal but they will also eat fish, eggs and berries.

They can grow up to three metres long and are the largest of the eight species of bear.

Native Arctic people have always hunted polar bears but this did not affect the population. European explorers came to the Arctic in the 1500s and the large-scale hunting of polar bears for meat and fur began. In the last 300 years at least 150,000 polar bears have been killed. There are around 28,000 polar bears living in the Arctic today. They are quite shy of humans and prefer to live on their own rather than in groups.

Snow shoes are designed to increase the surface area of a person's foot as they stand on the snow; stopping them sinking into the snow. This is known as flotation. 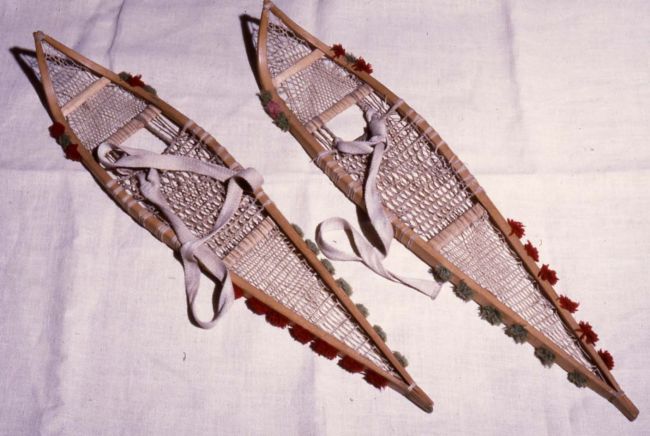 As you can see in the picture there is a hard wood frame around the outside with a leather web. The web means the snow can pass through the shoe. If it was a solid shoe, snow would build up and make the shoe very heavy and sink. These snowshoes have curled up and pointed fronts, making it easier for the user to direct their steps.

These snow shoes are part of Museums Sheffield's collections.