This lid sealed shut a canopic jar. Canopic jars kept a dead person’s organs safe from bad spells after they had been mummified. 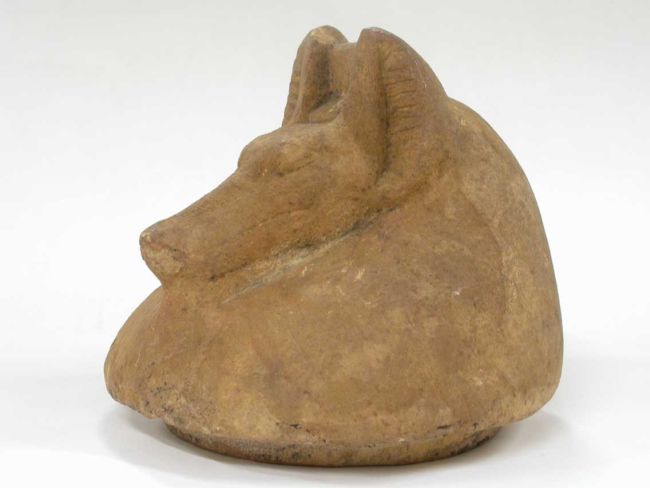 The Ancient Egyptians believed that, after death, the deceased would live forever in the afterlife. For this reason, they attempted to preserve the bodies of important people through mummification. So that the body would not decay, they removed the internal organs. The heart was considered to be the seat of the soul and was therefore left in the body. Considered unimportant, the brain was liquefied and drained through the nostrils. This left the liver, lungs, stomach and intestines.

The Egyptians believed that the deceased would need these organs in the afterlife, so they were sealed in canopic jars and buried with the sarcophagus which housed the body.

It may be a representation of the god Duamutef, one of the four sons of Horus.

Alternatively, it may be a representation of another jackal-headed god, Anubis. Anubis acted as a protector and guide for the dead in the underworld. He weighed their hearts against the feather of Ma’at, the goddess of truth, in order to determine if they would be allowed into the Kingdom of the Dead.

This lid is part of Museums Sheffield's collections.

These mummified remains date from around 650 BCE. Ancient Egyptians would bury there dead in sand pits in the desert, this would very quickly dry out the body leaving behind well preserved remains. But being in the wild meant they were exposed to the dangers of animals. This lead them to use coffins but bodies did not dry out as quickly and decomposed slowly, destroying remains. So over many years work they developed mummification. 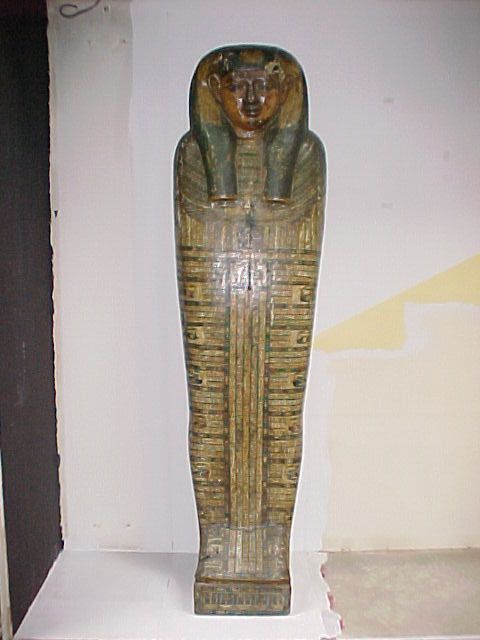 The process of mummification could only be afforded by the very wealthy. Three people were active in the process, the scribe, the cutter and embalmer. The process was carried out so the body of the dead was preserved.

This mummy is part of Museums Sheffield's collections.

Shabtis (or Ushabtis) date from the Twenty-first dynasty of Egypt, which lasted from around 1070 to 945 BCE. Shabtis are figurines and  were made from a variety of materials, including clay, wood, stone and terracotta.

The ancient Egyptians did not believe that death was permanent. Through piety to the gods and the preservation of the physical form in mummification, the deceased could pass to the afterlife. Once there, they may be required to perform manual labour. Before 3000 BCE, Egyptian rulers were buried with their servants so that they would not have to do this work themselves.

The number of figurines buried with the dead increased over time.

The more important the deceased was, the more shabtis they would have. Some pharaohs have been found with over a thousand shabtis.

These shabtis are part of Museums Sheffield's collections.

The Egyptian Feast by Edwin Long

Edwin Long (1829-1891) was born in Bath and studied at James Matthew Leigh’s School of Art in London. He began his career as a portrait painter in Bath. In 1857 he made his first visit to Spain. The country and its history were to be the main concerns of his work for the next seventeen years. Travel was always a source of inspiration for Long. 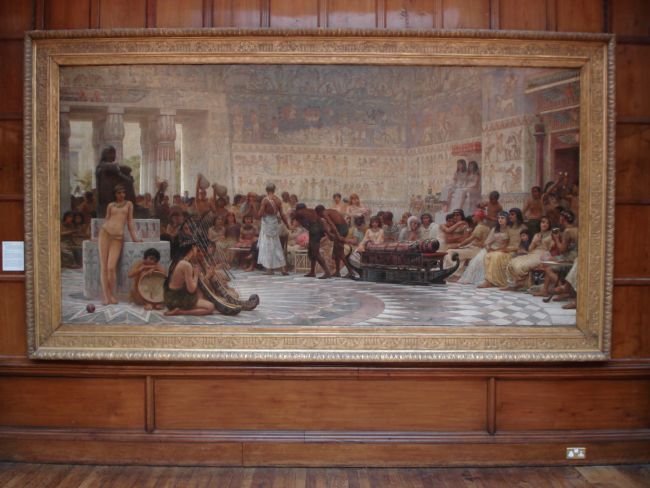 “The Egyptian Feast” (oil, 1877) shows a wooden sarcophagus being pulled around after a large feast. This reminded people to appreciate their life and what they had. Sarcophagi (the plural) housed the dead bodies of important people and they were usually carved from stone. This painting was inspired by his visit to Egypt in 1874, but many of the objects featured are copies of those that he saw at the British Museum.