The town of Kashan gave its name to the Persian word for tile: Kashi. Between the 12th and 14th century Kashan was one of the most famous towns for its pots and star shaped tiles. The tile shown is from the 13th or early 14th Century. 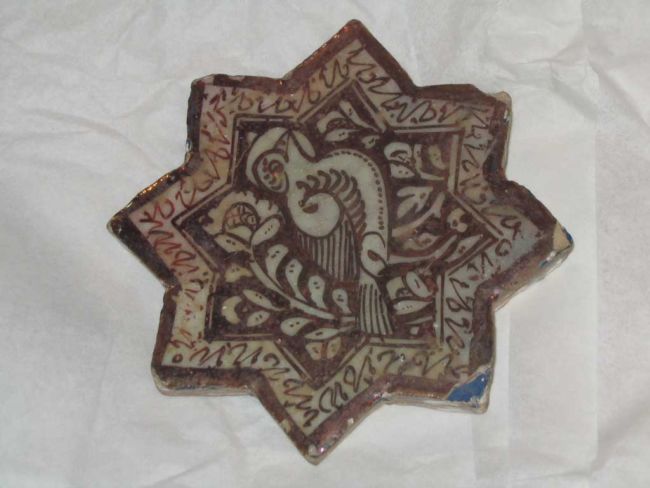 The persian design on this tile shows a bird sitting amongst foliage. Possibly a symbol of love. Tiles that showed scenes of love particularly human love were very popular with Shi'ite Muslims as they represented divine love.

Such tiles are often found as part of the decoration in Shi'ite shrines.

Tiles with figurative designs are rarely seen in Sunni places of worship as there is the belief that they break the rule of only producing non-figurative art.

These tiles are part of Museums Sheffield's collections.

The original purpose of this armour is unclear; produced in Iran it could have been worn in battle, made for ceremonial use or sold as souvenirs to western travellers. 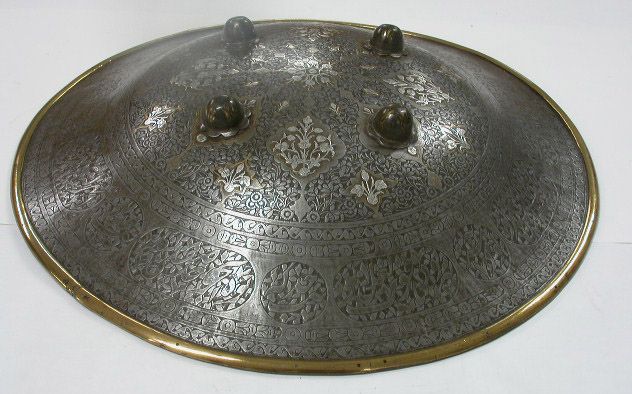 The helmet and shield are both intrically decorated with symbols and stories, these may reflect the importance of the person who owned them. This amount of detail would have also cost a lot of money so they may have been used just in ceremonies. 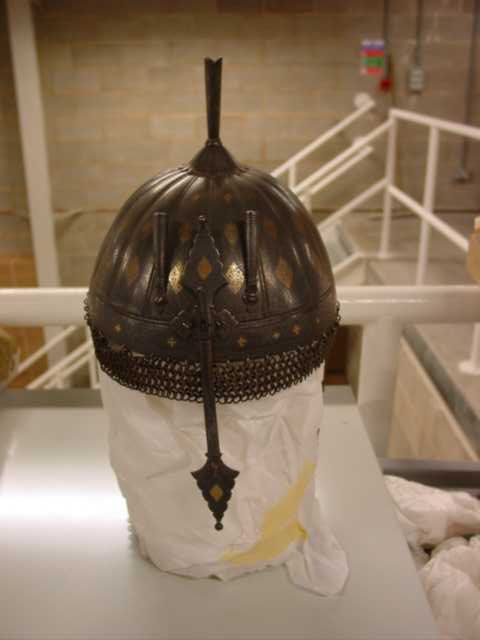 Both the shield and helmet are made of steel. The detail on them would have been etched into the surface using an acid, a mild acid such as lemon juice, cow dung and sour beer would have been used to bring out the detail.

These objects are part of Museums Sheffield's collections.

Each of these perfume bottles is as light as a soap bubble. The bodies are spherical with long swan like necks. The movements that were made by the glass blower while making these bottles can be seen in the surface of the glass. 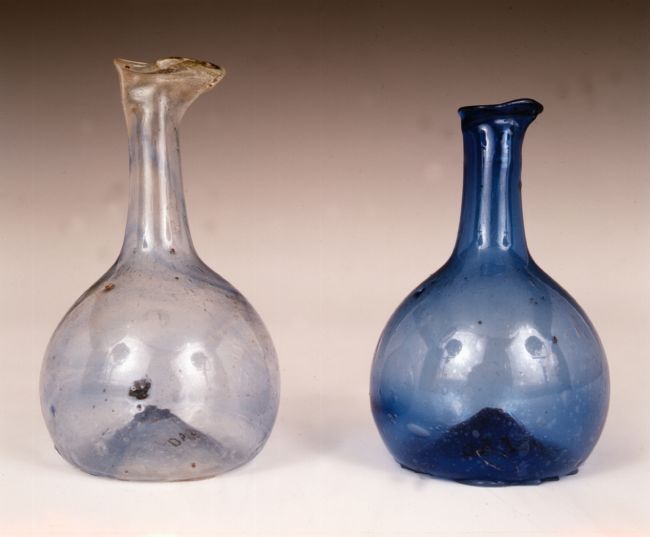 Delicate glass bottles when filled with perfume would have been extremely valuable possessions. The design of these bottles was inspired by Indian glass produced in Kapadvanj and Firozabad. They were made in the 19th Century.

These bottles are part of Bradford Museums, Galleries and Heritage's collections.