Riding the Written by Shahzia Sikander

Shahzia Sikander was born in 1969 in Lahore, Pakistan. She studied as an undergraduate at the National College of Arts in Lahore and gained her Master of Fine Arts degree from the Rhode Island School of Design in 1995.

She specialises in Indian and Persian miniature painting, transporting this traditional and highly-disciplined form into the world of contemporary art. She has also had great success in other media, and her work includes murals, installations, video and performance art. Sikander has won several awards, including a prestigious MacArthur Foundation Fellowship in 2006.

As a Muslim woman from Pakistan now living in the USA, Sikander has often explored the stereotyping of Muslim women. She also considers the troubled histories of Pakistan and India. In particular, she tries to recreate the energy, warmth and history of Pakistan in her work. 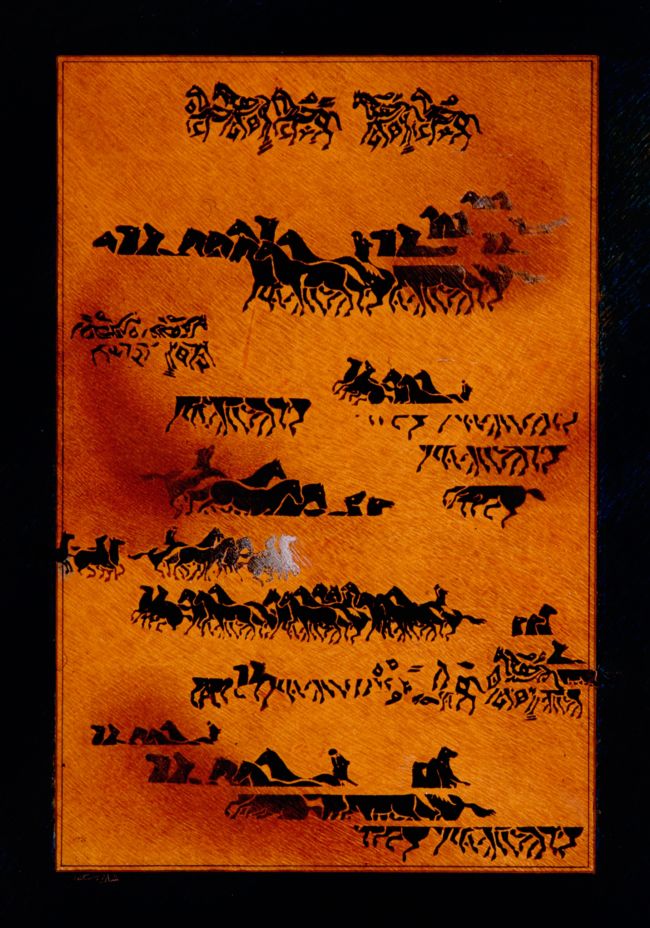 'Riding the Written' by Shahzia Sikander, 1993

“Riding the Written” (1993) is a screenprint, pigment and tea wash on hand made paper called wasli.

Wild horses charge across the print, appearing and disappearing with an almost mystical quality.

Their energy is complimented by the calligraphy that makes up their forms. Yet this energy also suggests a troubling disturbance in the Punjab past: could it be a reference to Mongol raids or to the 1947 partition of India and Pakistan?