Mosque lamps were often gifts from Ruling Sultans or emirs for mosques or mausoleams. They were designed to represent the divine light, and be a marker of the presence of God in the mosque. Due to there delicacy and expense they were mostly commonly used in the important cities of Jerusalem, Damascus and Cairo. 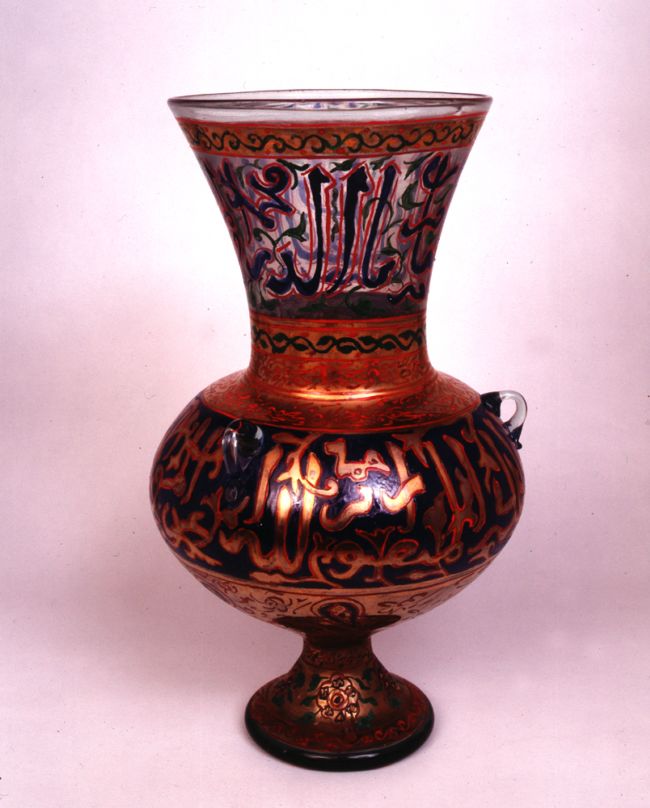 This Mosque lamp (2004) is a 21st Century inheritor of a tradition that is now dying out. Lamps have been made for centuries in this design and form, but this glass example is made by the last surviving enameller in Syria. Originally they would have been lit using oil, but more recently candles have also been used.

This Mosque lamp is part of Bradford Museums, Galleries and Heritage's collections.