Iznik ceramics are the most recognisable ceramic of the Ottoman empire. It was named after the town where it was made: Anatolia. The most successful examples come from the late 16th early 17th century (the one shown here is 17th century). 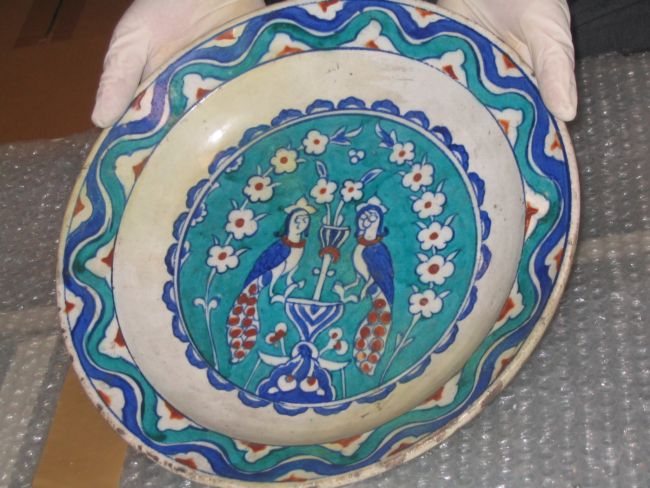 Inspired by the porcelain that was being produced in China, Ottoman rulers encouraged crafts people to create their own version. Due to the difficulty of producing porcelain Turkish potters produced what is know as fritware.

By mixing in lead and soda the pot could be fired at a much lower temperature. Unfortunately this mixture of ingredients did have a set back - pots could not be thrown on a potter's wheel, so had to be individually hand built.