Francis Campbell Boileau Cadell (1883-1937) was one of four painters commonly known as the Scottish Colourists. Born in Edinburgh, he studied art at the Royal Scottish Academy. At the age of 16 he moved to Paris with his mother and enrolled at the Académie Julian. Whilst in France, he was influenced by the work of Henri Matisse and the Fauvists. 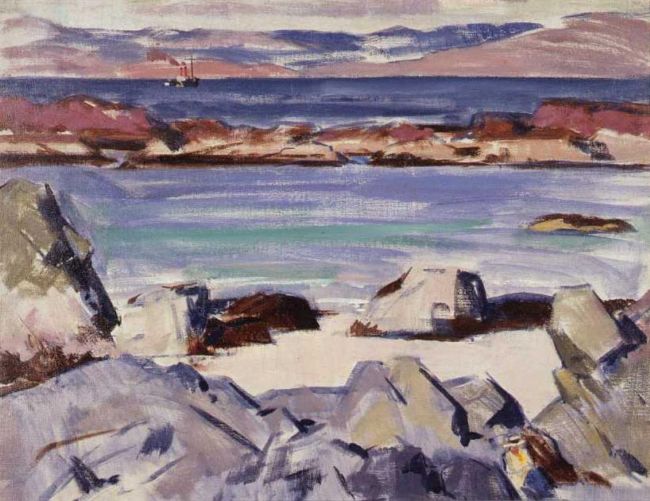 “Iona” (c.1925) depicts a lonely beach on the small island of Iona, which is part of the Inner Hebrides, just off the west coast of Scotland. After first visiting in 1912, he returned several times with Samuel Peploe (another Scottish Colourist) and he was continually inspired by the simplicity and tranquillity of its landscape.

The Scottish Colourists were not particularly highly regarded during their lifetimes, but their importance for Scottish art has been acknowledged more recently.

Francis Cadell's “Iona” is a perfect example of how they introduced Scotland to the influences of French developments such as Post-Impressionism and Fauvism.

This painting is part of Museums Sheffield's collections.