Myths, Legends and Ghosts of Leeds

Where do ghost stories, myths and legends begin?  What makes them so interesting and exciting and what can they tell us?
View resources Teachers notes Share View related stories
Add to board
Previous section
Myths, Legends and Ghost Stories

Which bits of the stories do you think are true?

How can we check these stories for accuracy?

The Calls is renown for a number of mysterious historical tales. 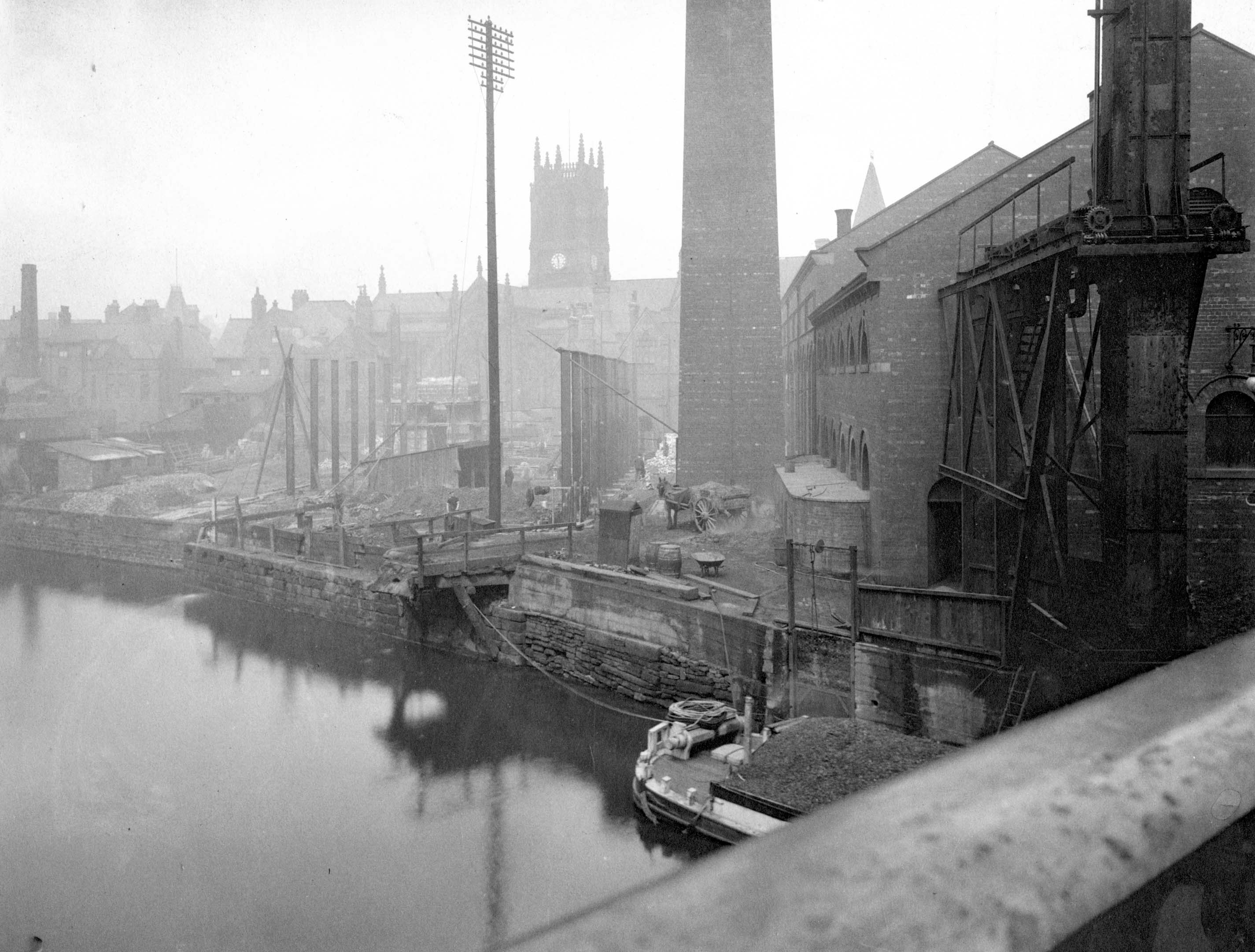 The Calls in Leeds During the Victorian Period

In the 1800s The Calls was a narrow, gloomy street running between mills, warehouses and wharves. Historical descriptions say that there was ‘a long flights of steps, dark and ugly’ running down between the houses there. The last step led directly into the water and has been known for hundreds of years now as Jenny White’s Hole.

The story goes that Jenny, who was devastated after her husband left her, walked down the steps and into the river, where she drowned.

In the centre of City Square there is a statue of John Harrison. He was a cloth merchant in Leeds in the 17th century. He is famous for helping Leeds to get its first charter from Charles 1 in 1626. 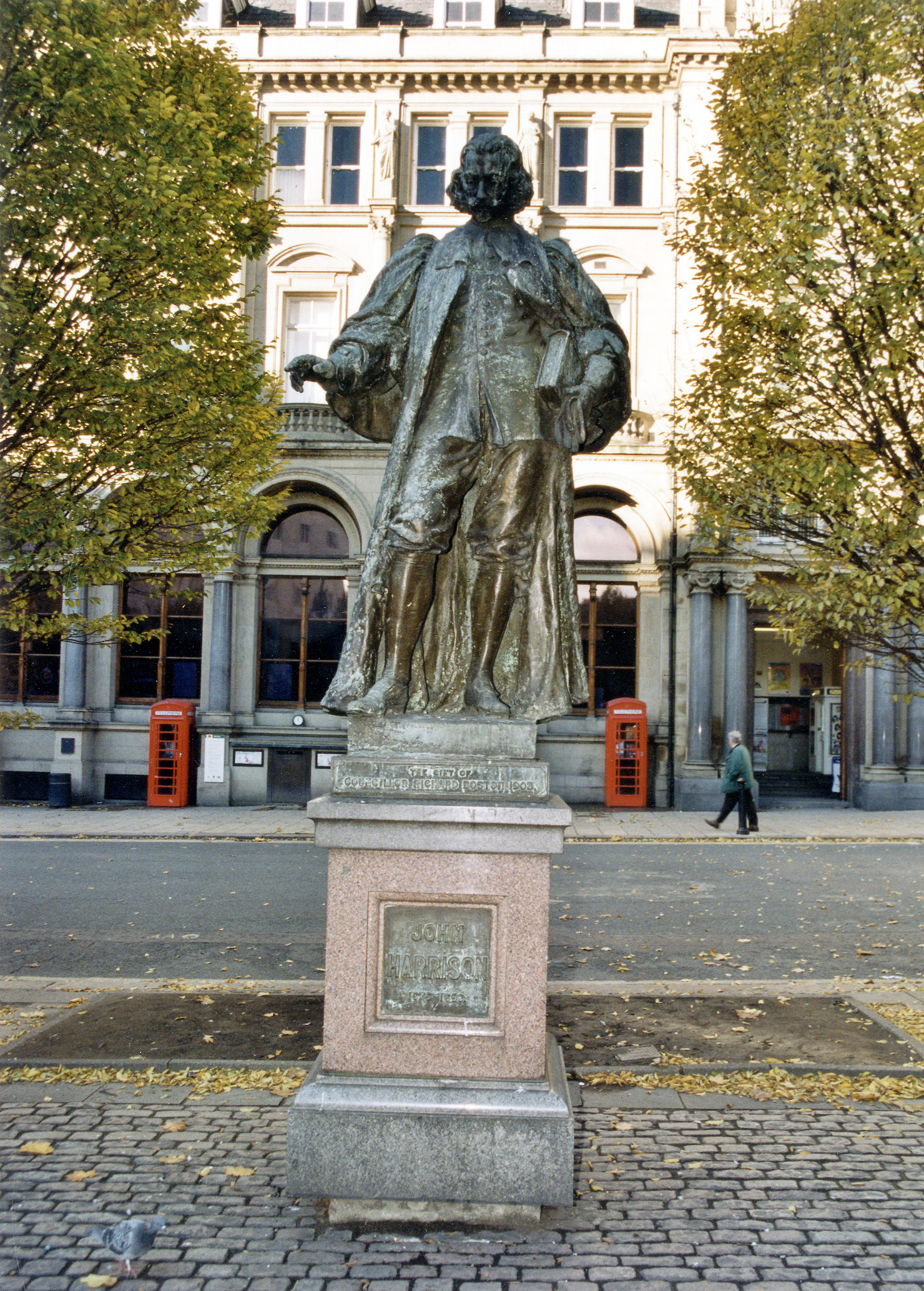 He was also known for his love of cats. This was the beginning of a strange story about his house at the corner of Briggate. Apparently there were holes cut in every door and in the ceilings, so that his cats could move freely through the house!

Hidden away behind Kirkgate are the remains of an old hayloft and stable building that belonged to the Crown and Fleece pub. The pub isn’t there any more, but the place has been known as Skull and Stones yard for many years for a very good reason! 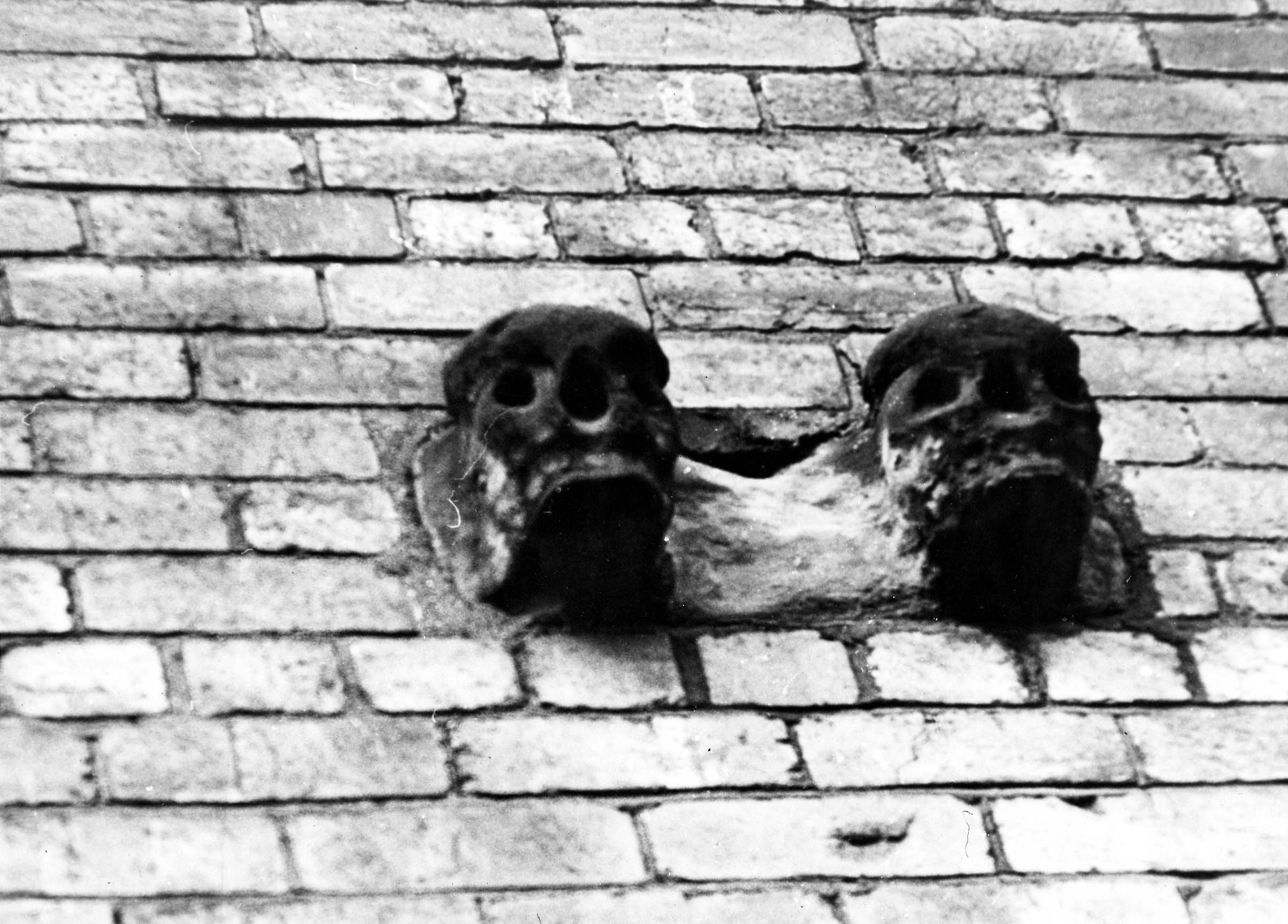 The Skulls of 'Skulls and Stones Yard' in Leeds

One version of the story is that two men were drinking in the Crown and Fleece pub one winter in the 1800s. The press gang arrived to force men to serve in the army. Press gangs were employed in the 1700 and 1800s to recruit new soldiers, and they were known for their brutality. The two men were locked in the hayloft overnight but when the door was unlocked the next morning they were nowhere to be seen. The grisly truth became known soon after. The smell of decaying bodies grew and after a few days the men’s bodies were found under the hay.

Apparently they had suffocated after trying to keep warm under the hay. After the tragedy the landlord of the pub erected a special stone, carved with two skulls, to commemorate the men who died there. And since then the place has been known as Skull and Stones Yard. The ghosts of the dead men are still said to haunt the buildings today.

There are lots of differences in the way this story is told, so how can we tell what is true and what is not?

The Town Hall Ghost and Lions

Ever wondered why the Leeds Town Hall clock doesn’t strike at midnight?

Leeds Town Hall has its very own ghost who apparently still haunts the building today. It is said to be the ghost of Mary Blythe, who threw herself from the clock tower in 1876. According to the story, the clock doesn’t strike at midnight so she doesn’t wake up. There haven’t been any recent sightings of Emily’s ghost.

The town hall lions are part of another magical tale that has lots of different versions. One version suggests that if you could run around the building in the time it took for the bell to strike 12, the lions would come to life. 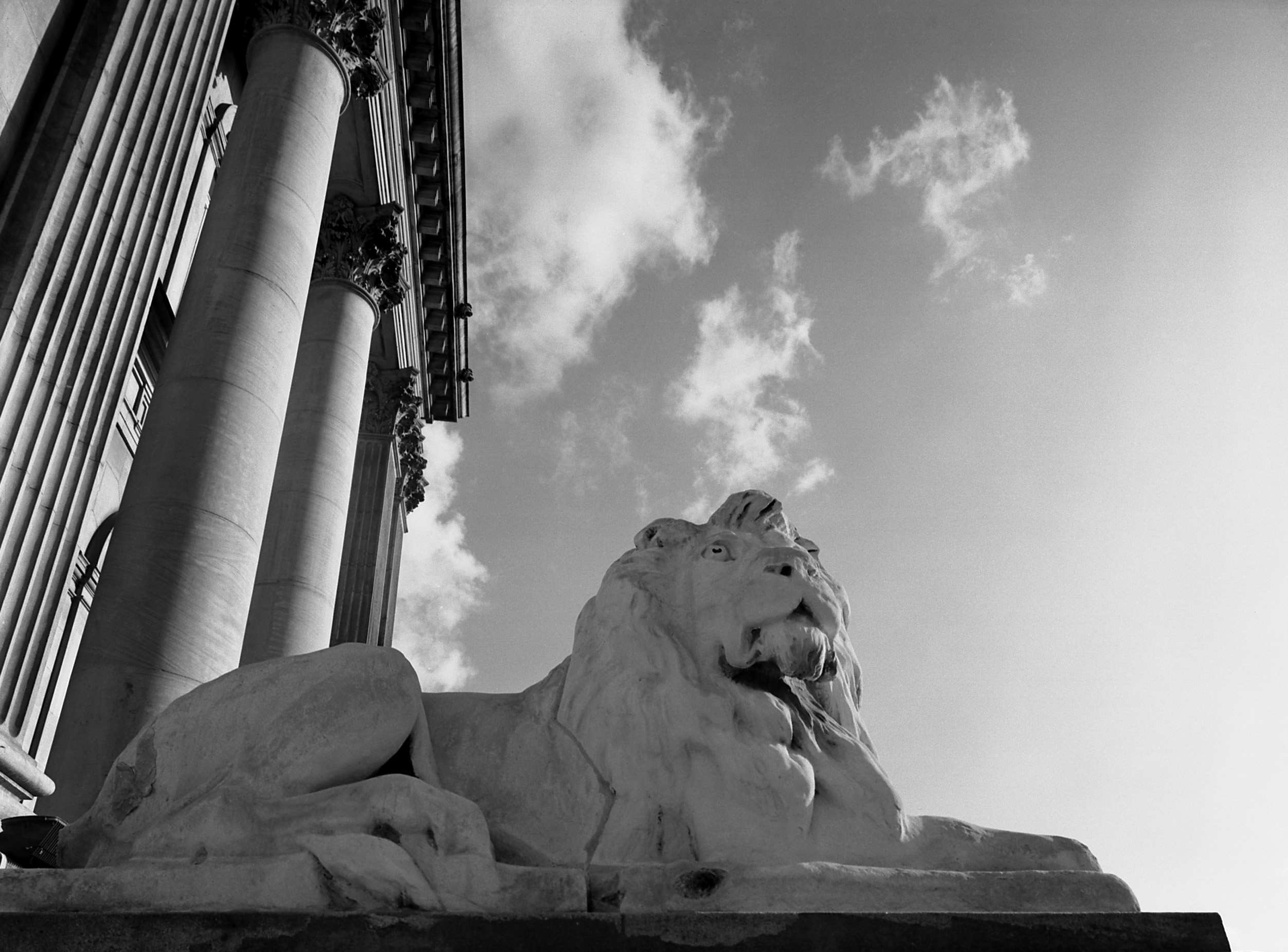 Another version is that if the bell ever struck 13, the lions would come to life and go on a killing spree around the city.

Another is that when the lions hear the Town Hall Clock strike midnight at New Year they stand up and roar.

Why do you think the clock doesn’t strike midnight?

Can you create your own Town Hall lion myth?

The monks at Kirkstall Abbey have been surrounded by rumour, mystery and intrigue for years. We know a lot about their life and the influence they had on the development of Leeds as a city. 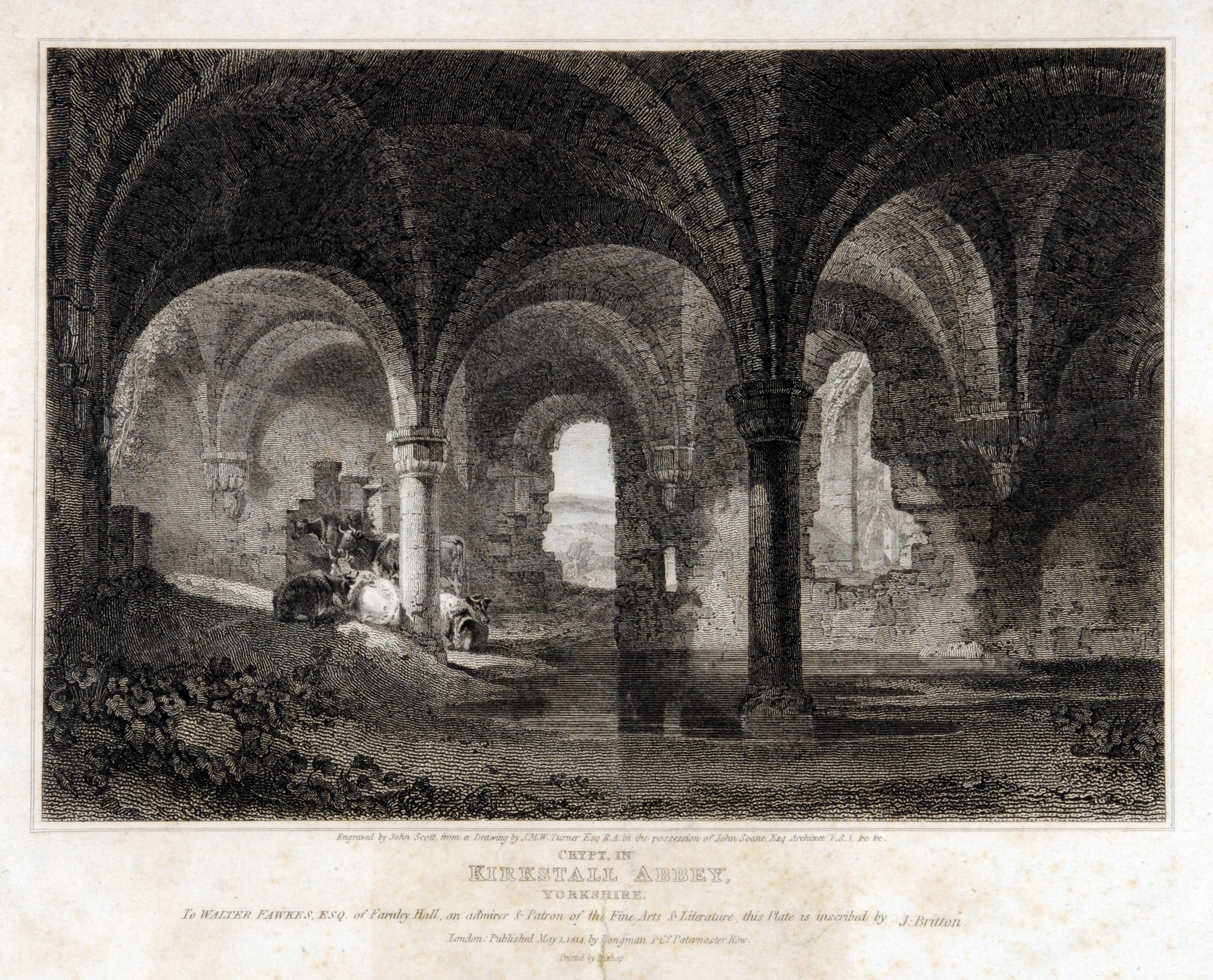 The legend started with the idea that the monks may have built secret tunnels from the Abbey to escape from King Henry VIII when he was destroying monasteries around the country. It has grown to a rumour that there is a huge network of tunnels under the city built by the monks, running even as far as Headingley and Horsforth.

We now know however that no such tunnels exist.  Perhaps the network of drainage tunnels that are around the site gave rise to the rumours, which grew into the legend?

The Tragedy of Phoebe Grey

A less well known ghost story concerning Temple Newsam is the story of Phoebe Gray who was one of the servants in the big house.

Williams Collinson, one of the other servants at the house was very keen on Phoebe and had been pestering her for some time. She had not encouraged or returned any of his affections but he was not put off.

It all came to a head after the battle of Blenheim in 1704. During the battle on august the 13th 1704 the duke of Marlborough won a famous victory over the French.

The victory at Blenheim was of huge importance to Great Britain and to celebrate, a huge open air party was held in the grounds of Temple Newsam. Both Phoebe and William were there along with all the other servants and partygoers. Collinson had become very drunk during the evening.

Phoebe left to take a nightcap up to Nanny Backhouse as she did every night without fail.

Nanny Backhouse’s room was at the top of a long stone staircase. Collinson knew this routine well and hid in the shadows waiting for Phoebe, hoping for a kiss. As you can imagine, the stairs were very dark and shadowy in candlelight. 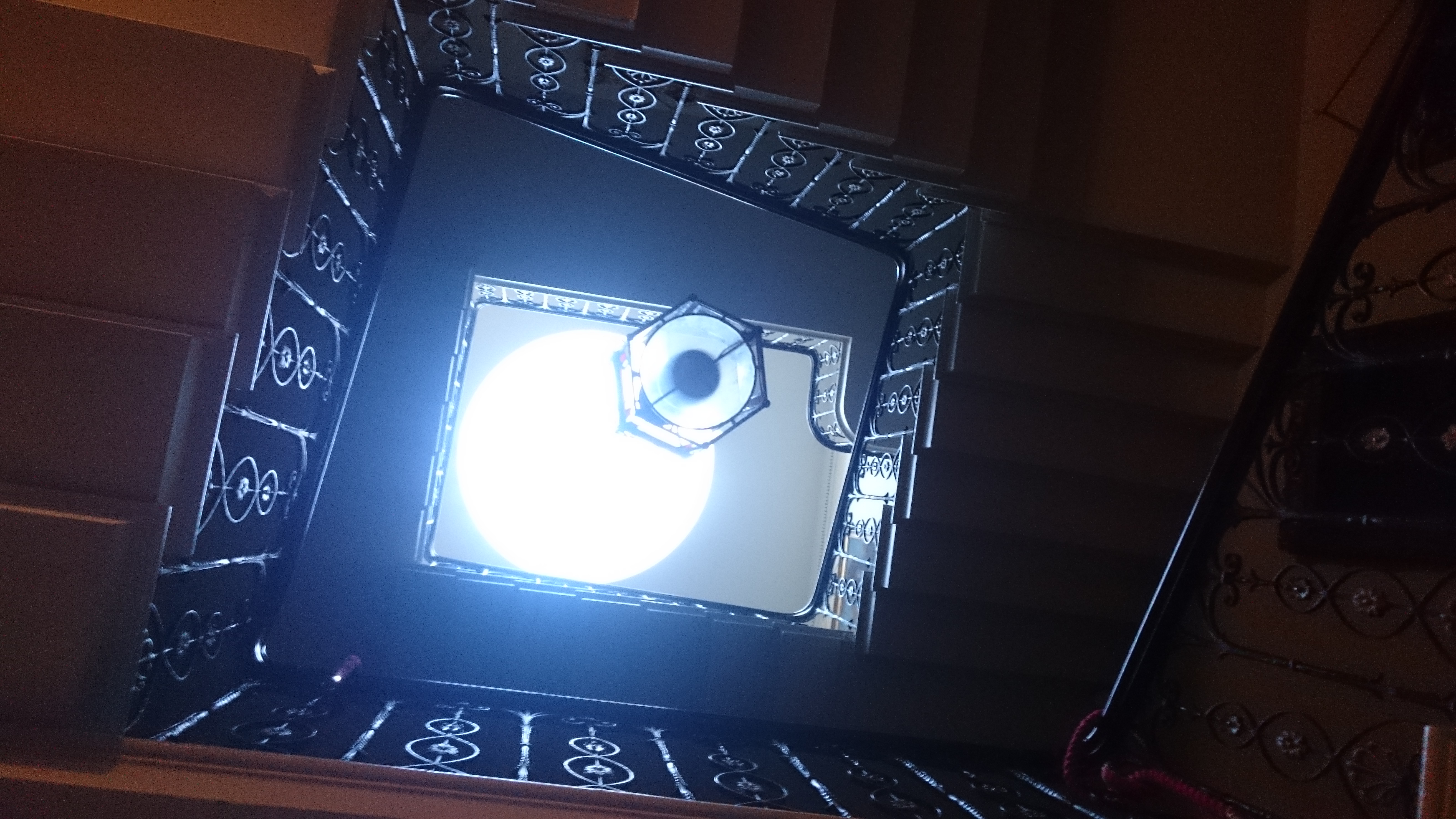 As the poor girl came innocently down the stairs Collision jumped from his hiding place and grabbed her. She struggled, but Collinson was strong and held on tight, placing his hand over her mouth to stifle her cries.

But he held too tight and in his drunken stupor he did not realise he was suffocating Phoebe until it was too late and she was dead. All he could think of was how he could hide his crime. His plan was to put the girl’s body in the well in the cellars.

Collinson dragged the body down the stairs and threw it in the well.

In the morning the body was soon found and people quickly realised that Collinson was missing. The search for Collinson began. He was found very drunk in a nearby town. Collinson was taken to York where he was tried for the murder, found guilty and hung.

The story goes that on certain dark nights screams can be heard coming up from the cellar and down the stone staircase followed by the thump, thump thumping noise of poor Phoebe’s body being dragged down the stairs one step at a time.

Ghost on the Railway

In December of 1821 David Brook was walking home from work along the tracks. It was fairly dark and thick sleet was falling making it difficult to see. As the young carpenter walked along the tracks he was totally unaware of an approaching train. The train’s driver also couldn’t see David ahead. By the time David realised it was too late and train hit him, pushing him down onto the track and dragging him under the moving carriages. His body was found in several pieces, mangled, broken and bloodied.

According to the local legend, David’s wife and children were unable to support themselves following his death and were evicted from their home. They ended up in a near-by Poor House, where they became the slaves of a factory owner.

Since then there have been many reports of a ghostly figure wandering along the tracks, dressed in a thick coat and shielding his eyes from the rain.