Narwhals: The Unicorns of the Sea

Narwhals are mammals and are in the same family as whales.They live above the arctic circle up in the ice caps though in the summer they migrate to seas around northern countries such as Canada and Greenland. Living within this region, the narwhals face many predators such as polar bears, orcas and sharks. They are also hunted by Inuit Peoples who are native to the arctic regions of Canada, Greenland and Alaska. The Inuits have hunted narwhals for centuries and are legally allowed to do so. They use every part of the narwhal to help them survive living in the harsh arctic conditions. 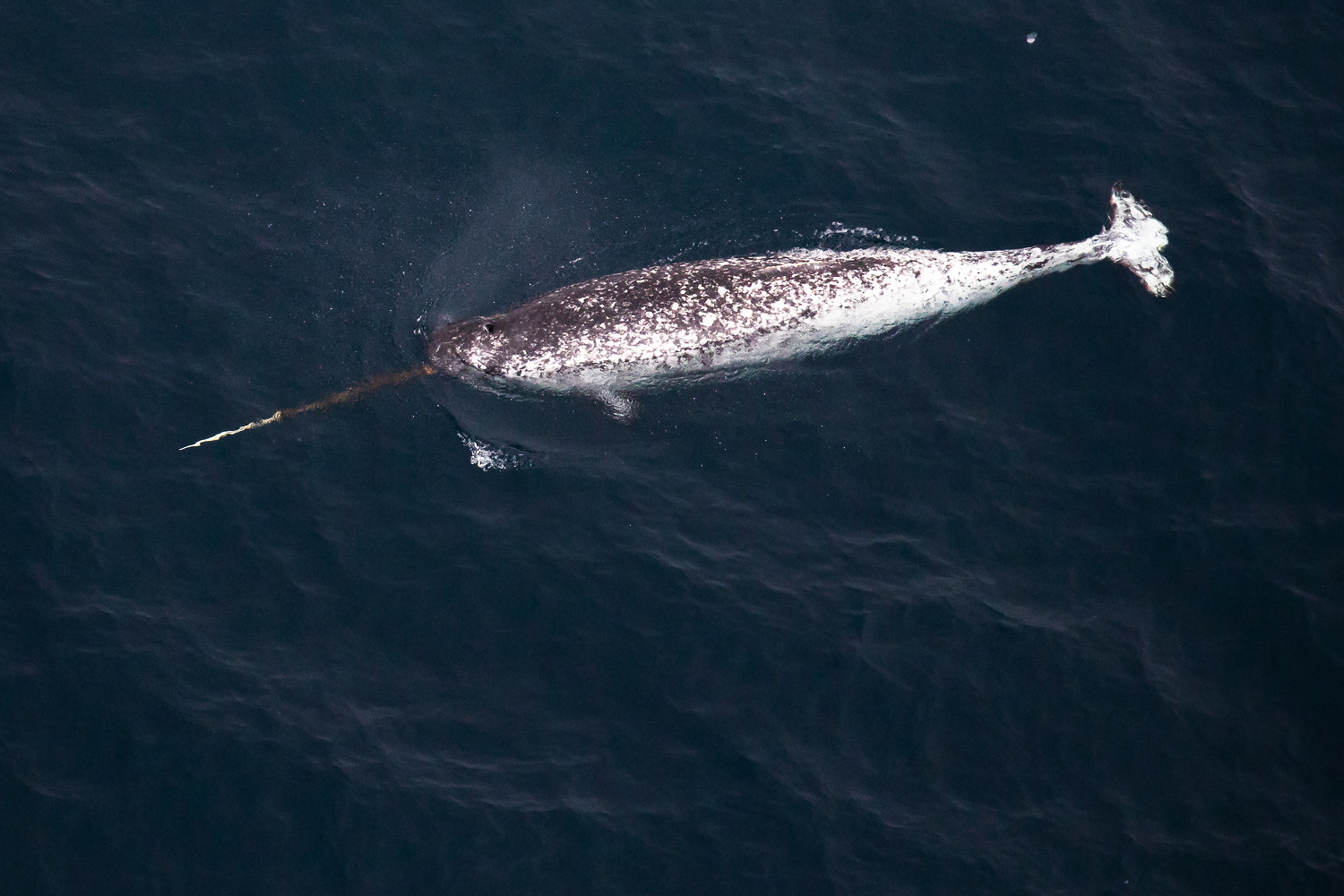 Narwhal in the Ocean

A group of narwhals is called a blessing and can range from 10 to 20 individuals. Multiple blessings come together when migrating south. It is very unlikely that you'll ever see a narwhal though, as they are very skittish and elusive, which is part of the reason why so little is actually known about them.

Narwhals are the record holders for the deepest dive of any whale, reaching depths of 1,500 metres! They are capable of holding their breath for 25 minutes before needing to resurface for air.

Narwhals differ in appearance depending on their age. As newborns they are grey and change to a blue and black as juveniles. At adulthood they become a mottled grey until going almost completely white in old age. Narwhals can live to be 100 years old.

What is the Tusk?

The tusk which is predominantly found on males, is actually a tooth with millions of nerve endings.Narwhals can actually feel and taste with the tusk and some narwhals even have two! The tusk can grow as long as 305cm but the longest in the collection at Leeds museums and galleries is 182cm. 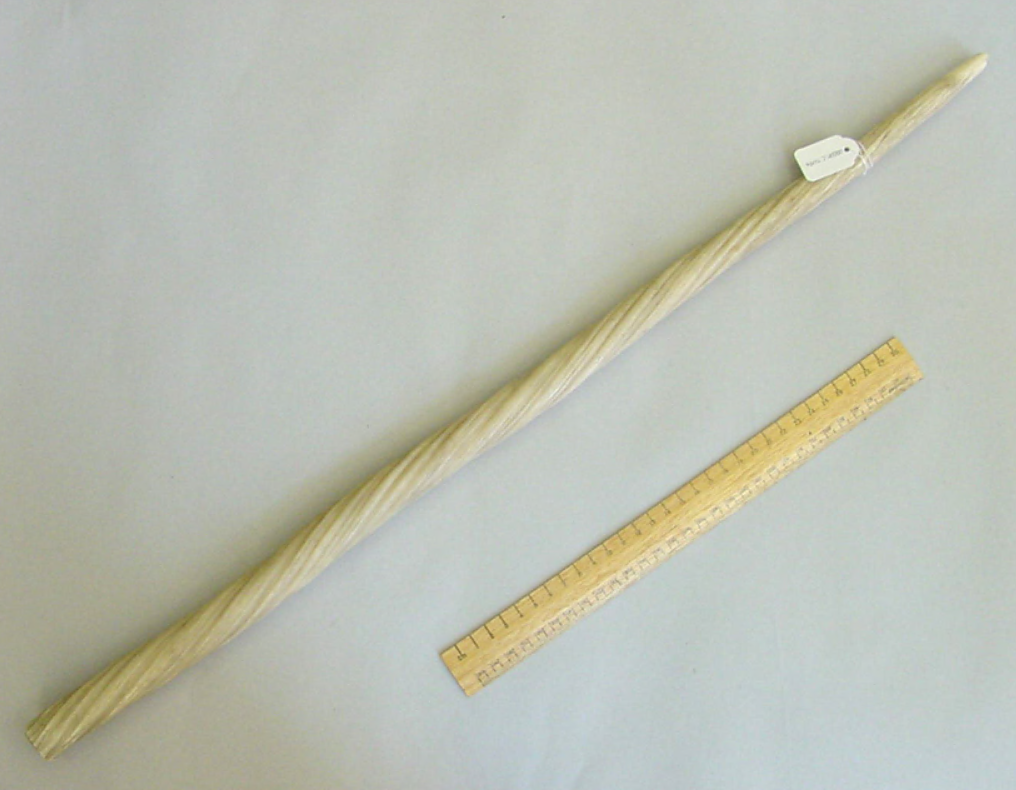 What do Narwhals Eat?

Narwhals have quite a varied diet including flatfish, cod, shrimp, squid and crab from the sea bed. The narwhals use echolocation  (https://mylearning.org/stories/echolocation/1504) to hunt for their meals and create a vacuum with their mouths to suck up their food. Some scientists think that the narwhal’s tusk may be used to help hunt for food but this has yet to be proven.

Risks and Threats to Narwhals

Narwhals are one of the whales most at risk to climate change. Warming seas and melting ice-caps affect the narwhals’ food supply and migration patterns as well as their habitat.

Increased industry in the area also means an increase in shipping vessels which causes more collisions and creates more noise. This noise limits and disrupts communication between narwhals.

Narwhals are ranked ‘Least Concern’ by the International Union for Conservation of Nature Red List of Threatened Species (IUCN Red List) with 123,000 mature individuals in the wild. However if threats continue the way they are, that number will soon decrease.

Portrait of Ivan the Terrible

In the past, narwhal tusks were sold as unicorn horns and if in a powdered form were said to heal people.

In 1638 a Danish scholar named Ole Worm proved the substance came from narwhals and not unicorns; however it wasn't until the 18th century when British doctors ceased prescribing unicorn horn as a powdered elixir. 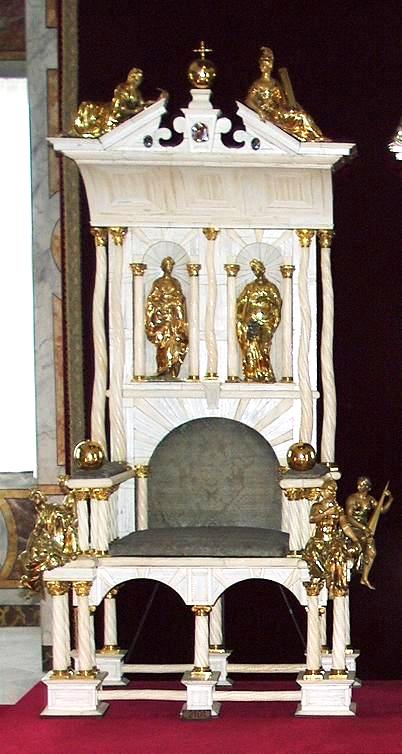 Coronation Throne of Denmark
Next section