Middleton Railway was a private colliery railway line near Leeds. It was the world's first railway line to be authorised by an Act of Parliament in 1758, when it was extended beyond the colliery to connect it with Leeds Bridge. At this time horses still pulled the wagons which ran on the rails.

Solving a problem in society

During the Peninsular War of 1808-1814, the Duke of Wellington’s army in Spain and Portugal required a huge amount of horse fodder, which caused a dramatic rise in its cost. This in turn increased the cost of horse transport.

John Blenkinsop, the manager of Middleton Colliery, wanted a cheaper way to transport coal from the colliery into the city. Because of the steep incline up to Middleton, constructing a canal link was not feasible, so in 1811 he got together with Matthew Murray, of steam-engine manufacturers Fenton, Murray and Wood, to build an engine for the Middleton to Leeds line.

Blenkinsop wanted to make his engine as light possible, as he was aware that Richard Trevithick, Cornish pioneer of rail travel, had had to abandon his first engine because of its weight. Although Trevithick’s machine had successfully hauled five wagons with 70 passengers and 10 tons of iron from the Penydarren Ironworks in Merthyr Tydfil in 1804, it was too heavy for the cast iron rails beneath it and they broke.

However, Blenkinsop then faced the possibility that his engine could be too light to grip the rails properly, especially when there was a gradient In order to overcome this problem he invented and patented (Patent reference: GB 3431 of 1811) a rack-and-pinion system. This used gear teeth on a cog or pinion on the engine, which connected with teeth on a rack attached to the rails (ie a third rail). Until this point rails and wheels had been smooth. 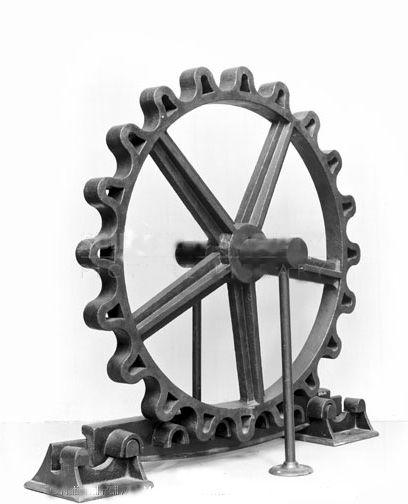 Blenkinsop specifically mentioned his main aim of reducing cost in the patent, and though he does not limit the means of propulsion to any one source of power he states that 'a steam engine is greatly to be preferred.'

He managed to persuade the colliery owners to invest in the new system and an engine was made. The first engine was set to work on 24 June 1812. It weighed five tons and could haul 90 tons at 4mph on a level track. A second engine (named  Salamanca after a recent British victory in Spain) was introduced at the official opening of the line on 12 August 1812. 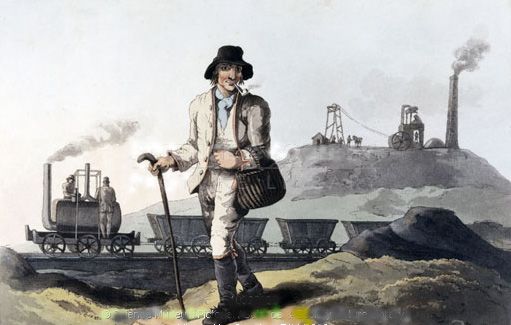 Train to Leeds, thought to be the Salamanca

Murray produced two further engines for the line, which cost £380 each to build and were expensive to maintain. There was also a great deal of wear on the teeth of the rack and pinion. However, savings were made because of the reduced costs in labour and horses.

The engines caused a great deal of interest. George Stephenson of Killingworth Colliery near Newcastle-upon-Tyne came to see them. He went on to develop another type of engine and became an important figure in general development of railways.

Blenkinsop died on 22 January 1831 aged 48. His engines are recognised as the first commercially successful steam locomotives and were still in use at Middleton Colliery in the 1830s. However, they gradually became outdated. Malleable iron rails replaced cast iron rails, which meant heavier engines could be supported on lighter rails. The rack and pinion system fell out of general use, although variations of it are still used on mountain railways. 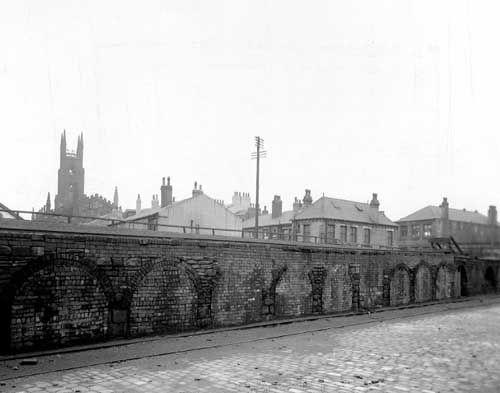 Very few patented inventions are totally new – most are improvements or variations on existing technology. Trevithick’s difficulties had presented the problem of breaking rails. Blenkinsop’s innovation overcame this, and then things moved on again.

Samson Fox and the corrugated flue