Wordsworth Donisthorpe was born in Leeds in 1847. After studying at Cambridge University he qualified as a barrister and moved to London.

His father, George, was an engineer and inventor working in the West Yorkshire textile industry in partnership with Samuel Cunliffe Lister. George Donisthorpe had a number of patents to his name and Lister was one of the most prolific patentees, with over 150 of his own. 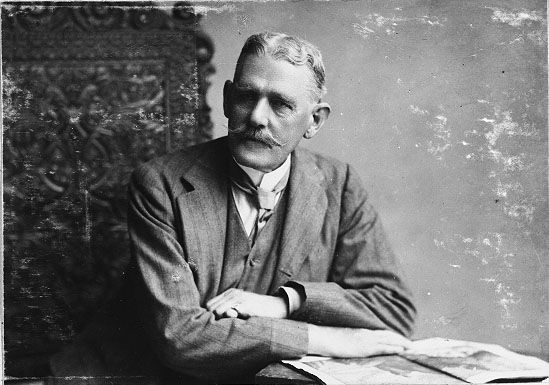 Wordsworth Donisthorpe had his father’s innovative drive, but his own interest was mainly in cinematography. In 1876 he applied for patent protection for an invention which used glass plates to take a series of photographs at intervals to give the impression of movement (Patent reference: GB 4344 of 1876). The picture was also illuminated by an electric spark.

This was one of the first inventions to use sensitive paper to capture the image, long before Eastman Kodak’s transparent celluloid film was produced in 1889. Donisthorpe proposed that linking this machine with the Phonograph, patented by Edison in 1878, could create moving and talking pictures. 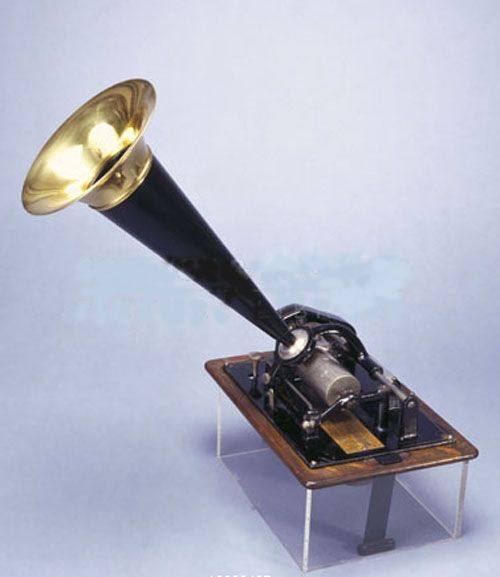 Edison phonograph from around 1880

The importance of patent protection

As several inventors around the world were working independently on similar equipment to Donisthorpe it was important for him to file the application as soon as possible. In 1889, along with his cousin William Crofts, Donisthorpe patented a second camera and a projector (Patent reference: GB12921 of 1889). The British patent was granted, but when they applied in the US, the Patent Office examiners pointed out that it was very similar to the patent previously filed by Augustin Le Prince in 1888. Both described a method of taking a series of pictures and then projecting them on to a surface.

It is believed that Donisthorpe's knowledge of wool-combing machines influenced the construction of his camera which incorporated a treadle, fly wheel and pulley system and automatic braking on the film. Donisthorpe and Crofts set up their camera in a building overlooking Trafalgar Square and took a sequence of shots of the busy street scene. A number of frames of this film still exist giving a clear moving image.

Finding an effective means of projecting the filmed image was more difficult, and costly.

Funding was not easy to obtain as many people still saw the idea of moving pictures as ridiculous.

This difficulty hit several of the pioneers in this field, and Donisthorpe was never able to overcome it. Wordsworth Donisthorpe died on 30 January 1914.