John Smeaton was born at Austhorpe Lodge, near Leeds, on 8 June 1724. His father was a lawyer and wanted his son to follow in his footsteps. However, John Smeaton’s real interests lay in mechanical science and by the age of 18 he had his own workshop and forge. 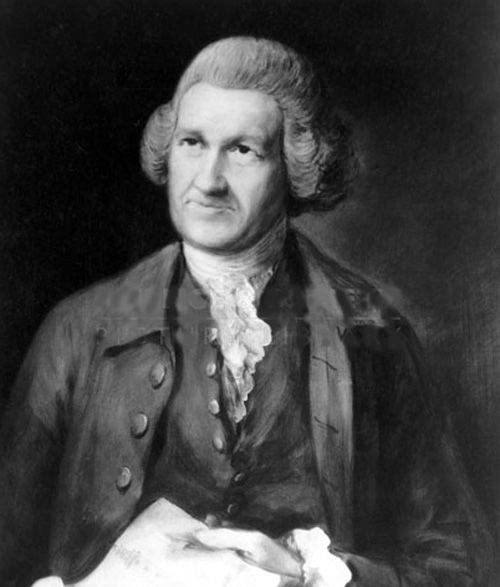 John became a scientific instrument maker and, as he set about improving and developing instruments, he began to build a reputation in this field. He presented a number of papers at the Royal Society (a society for the study of Science), becoming a member himself while in his twenties.

Smeaton researched and designed windmills and water wheels and won a Royal Society award for his paper on the subject. He improved the efficiency of the steam engine by 50% (one of his engines, used at Chacewater mine in Cornwall in 1775, was the most powerful in use at that time). He was also involved in many significant works of engineering, including the construction of the 21-mile long Calder and Hebble Navigation canal, from the Aire and Calder Navigation at Wakefield to Sowerby Bridge, and many other canals, bridges, mills and harbours.

John was the first person to describe himself as a 'Civil engineer' (ie. non-military - until this point the military had undertaken most engineering works).

He formed the Society of Civil Engineers in 1771, and was admired and respected by his contemporaries, including James Watt and Robert Stephenson.

A lasting legacy: the Eddystone Lighthouse

However, Smeaton is most famous for his work on the Eddystone Lighthouse. He began the work of reconstructing the lighthouse on the Eddystone rocks near Plymouth in 1756. Ferocious seas and fire had put an end to the previous, mainly wooden constructions on the rocks. 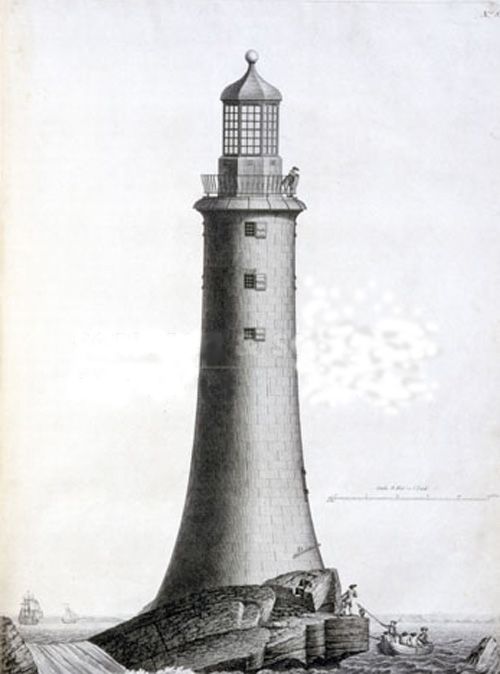 Smeaton used innovative techniques to overcome the problems of the site and stormy weather. The shape of his design was inspired by that of an oak tree, tapering upwards from a wide base to give it greater stability. The base was constructed of blocks of granite, which were dovetailed into each other and the rock itself.

He carried out research into creating an effective mortar which could withstand the sea and developed a form of quick-drying concrete known as 'hydraulic lime'.

This is generally seen as the first use of modern concrete in engineering.

He also devised a crane which could lift the building materials up to the developing lighthouse.

On 16 October 1759, the Eddystone Lighthouse became operational, and survived until 1877, when cracks in the rock on which it was standing began to threaten its stability. The lighthouse was then dismantled and re-erected on Plymouth Hoe, where it still stands.

The Eddystone Lighthouse achieved worldwide fame, and became the standard design for lighthouses from then on. Smeaton did not patent any of his innovations, however so he made no profit from the use of his design. John Smeaton died on 28 October 1792 and is buried at Whitkirk in Leeds.