Matthew Murray was born in Newcastle-upon-Tyne in 1765. An apprentice millwright, he heard that efforts were being made in Yorkshire to mechanise the textile industry, so he came to Leeds in 1787 looking for work. 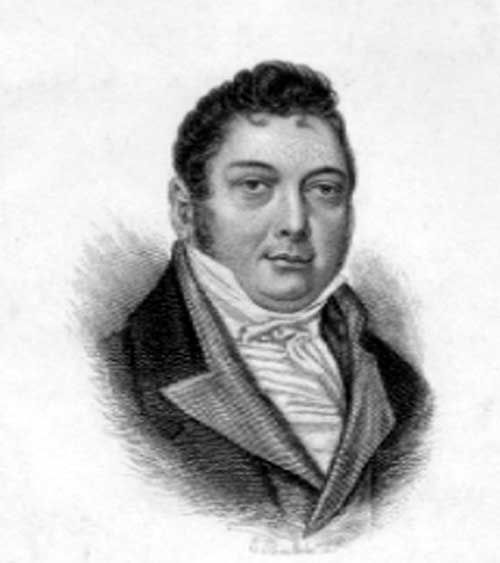 He was taken on by John Marshall of Marshall, Fenton & Co. At the time Marshall had obtained rights to a new flax spinning machine but was having great difficulty in getting it to operate effectively. Murray was able to offer the technical expertise which the company lacked, and developed and patented an efficient yarn spinning machine (Patent reference: GB 1752 of 1790). Although he had been taken on as a handyman, he went on to become chief mechanic. 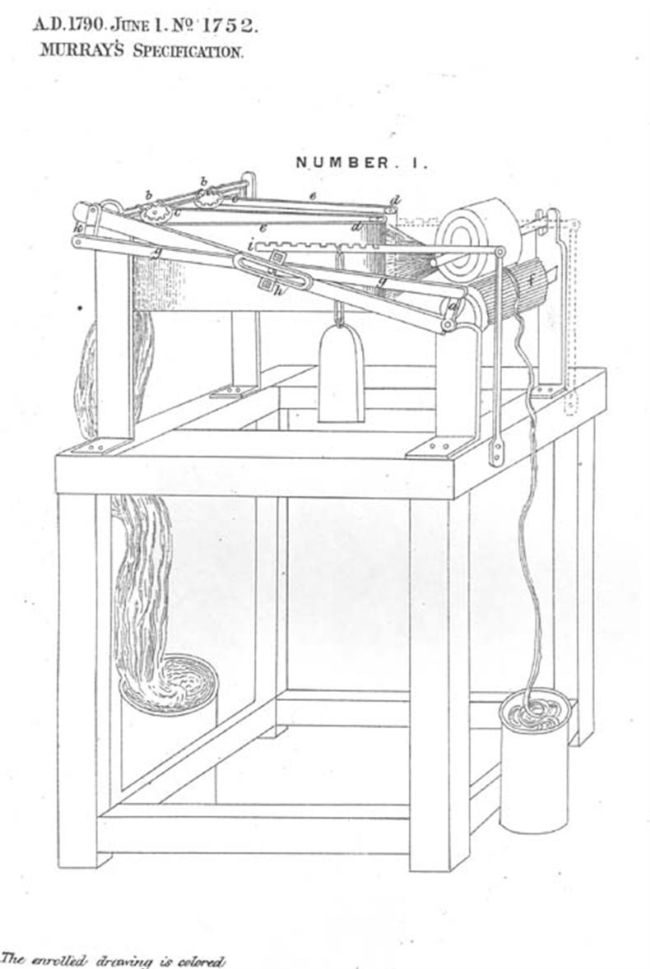 Marshall’s partner Samuel Fenton had been impressed with Murray’s abilities and foresight. In 1795 he left the company and formed a new partnership with Murray and another engineer David Wood. Murray was put in charge of the engine building department. Two years later Fenton, Murray & Wood began work on the Round Foundry in Water Lane. As well as building flax spinning machines for Marshalls, Fenton Murray & Wood also continued to develop steam engines.

It was a great success and has been recognised as one of the world’s earliest integrated engineering works with manufacturing and assembly of the machinery taking place on one site. Murray was the driving force, constantly seeking to develop and improve his engines. 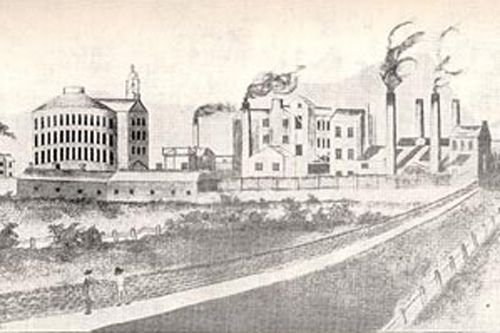 In the video below, Emily talks about Engineering in Leeds and Matthew Murray's early career at Marshall's Mill, and examines related artefacts from Leeds Museums & Galleries collection.

By the beginning of the 19th Century Fenton, Murray and Wood were challenging Boulton and Watt as the leading producers of steam engines in Britain. In 1811 Murray worked with John Blenkinsop, manager of Middleton Colliery to build a lightweight engine to run on the new Middleton to Leeds line, using Blenkinsop’s new rack and pinion system which employed toothed gearwheels to improve traction. The four engines which resulted from this co-operation are recognised as the first commercially successful steam locomotives.

Print of the Middleton Railway, 1829

Boulton and Watt clearly saw Murray as a threat, and believed that he had infringed some of their patents. They sent two of their engineers to Leeds where Murray showed them round the works. He was quite open with them and hoped for a similar invitation to Boulton & Watt’s plant in Birmingham. However, instead Boulton and Watt began challenging Murray’s patents - in particular (Patent reference: GB 2531 of 1801) - a steam engine air-pump, and (Patent reference: GB 2632 of 1802) - adapting steam engines for use in mines and textile work.

Print of the Middleton Railway, 1829

Unfortunately for Murray, he had included so many improvements in each patent (instead of taking out individual patents on each variation) that the court revoked some of them on the grounds that they were not entirely new. This is a mistake commonly made by inventors today. Murray accused Boulton & Watt of stealing his ideas and challenged them to a wager to see who could make the best engine.

However he did not attempt to consistently enforce his patent rights, believing that making such technology available and improving it for the good of all was more important than who owned which invention.

In 1802 Boulton & Watt bought up land close to the Round Foundry in order to prevent its expansion. The aggressive competition between the two companies seems to have driven Murray on. The company began exporting engines to Europe and the US.

As can be seen from his 1814 patent on hydraulic presses (Patent reference: GB 3792) Murray didn't limit his innovative ideas to engines. This invention uses mercury in a graduated glass tube to determine the correct amount of pressure required to press cloth, thus avoiding damage to quality and colour.

Matthew Murray died on 20 February, 1826. Due to his reluctance to pursue competitors, his achievements have not been as widely recognised as other steam pioneers such as Stephenson and Watt, although they are just as valuable.

Fascinating Facts - Some other design and technology firsts in Leeds