Quartzite tool from Somalia made about 1.5 million years ago
View resources View related stories
Add to board

Handmade over a Million Years Ago! 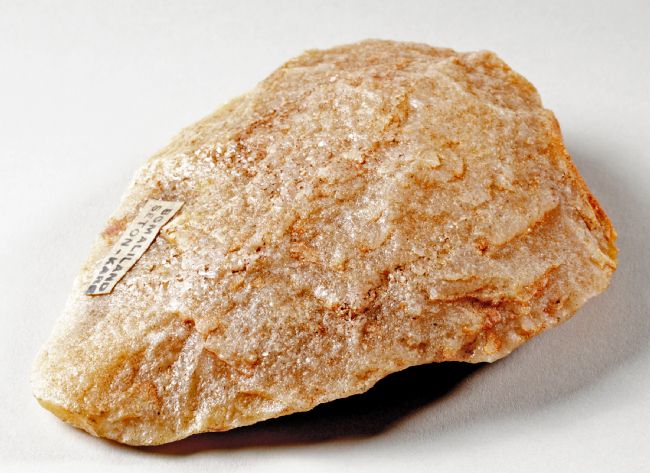 This handaxe, found in Somalia in East Africa would have been made about 1.5 million years ago. From this beginning the skills in making these objects spread out from Africa and examples dating from about 1 million years ago have been found all over Europe.

Handaxes were amongst the first tools that early people made and would have enabled them to cut meat or scrape bark or, using the sharp end, to make a hole in the ground. Unlike a modern axe there is no wooden handle.
The axe is made of quartzite, a hard stone that the maker would have found on the ground. By using other rocks as hammers the shape would have been formed into something that fitted the hand but whose sharp edges and point would act as a useful tool. It is sometimes referred to as the Swiss Army Knife (a multi-purpose tool) of Palaeolithic people.

In A History of the World in a Hundred Objects, Neil McGregor, the Director of the British Museum talked about how scientists have discovered that the part of the brain that is active when a handaxe is created overlaps with the area that controls the power of speech. This might have been the moment when Early Man was able to talk to others.